According to a report on the South Korean movie industry in 2019 published by the Korean Film Council, the country's movie theaters received a total of 226.68 million spectators last year, up 4.8 percent from a year earlier and the most in Korean cinema history.

Combined revenues by the film industry came to 1.9 trillion won (US$1.6 billion) last year, up 5.5 percent on-year and the highest number on record as well.

On the back of the increased inflow of spectators, a record five titles, led by Korean comedy cop film "Extreme Job," topped the milestone of 10 million spectators, the report showed.

Having sold 16.28 million tickets, "Extreme Job" was the most watched title in South Korea in 2019, followed by American superhero film "Avengers: Endgame" with 13.93 million in ticket sales, Walt Disney animation "Frozen 2" with 13.37 million, Hollywood animation "Aladdin" with 12.55 million and finally the Oscar-winning Korean black comedy "Parasite" with 10.09 million, according to the report.

Korean films accounted for 51 percent of all ticket sales recorded last year, and their combined revenue came to a record high 970.8 billion won.

South Korea also retained its world No. 1 status in terms of the average number of annual visits to movie theaters.

The average South Korean watched 4.37 movies in theaters last year, the highest number worldwide, followed by No. 2 Iceland, where the corresponding number came to 4.32.

The average earning rate by the 45 Korean commercial films released in 2019 swung to the black from red ink in 2018, but it was single-handedly due to the unusually strong commercial success of "Extreme Job."

The average earning rate by the 45 Korean films stood at 5.9 percent, a turnaround from minus 4.8 percent in 2018.

But excluding the strong performance of "Extreme Job," the average earning rate of the remaining 44 films came to minus 8.1 percent, the report showed.

Korean indie and art films, however, had a bad year in 2019, drawing a combined 8.1 million spectators, down 5.6 percent from a year earlier. Indie and art films accounted for only 3.6 percent of the total moviegoers last year, the lowest figure in five years, the report also showed. 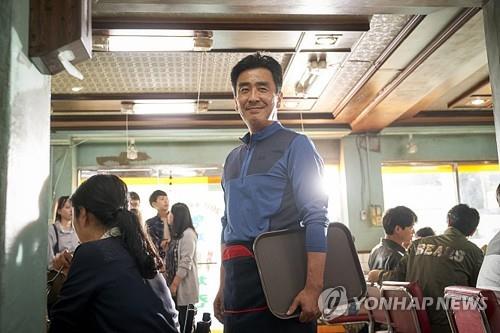