South Korea reported its first case of the new coronavirus, which emerged in the central Chinese city of Wuhan and can cause pneumonia-like illness.

As the days went by, the number of patients began to rise, with fears over the little-known disease also spreading in the country that sits not too far from China's Hubei province.

The fear gauge ticked up over the subsequent Lunar New Year holiday on concerns COVID-19 could have traveled across the country as families gathered for the key holiday.

The initial wave of panic has partially subsided as the outbreak is nearing a month in duration.

South Korea reported just two additional case in the past few days, bringing the total number of confirmed patients to 30. Nine of them have been released.

But lingering fears have seeped into everyday life in the country, which experienced the deadly Middle East Respiratory Syndrome (MERS) in 2015.

For some, the fact that the cause of Patient 29's infection remains yet unknown and some Chinese students who are enrolled in Korean schools are set to return for the new school year has fanned such worries. 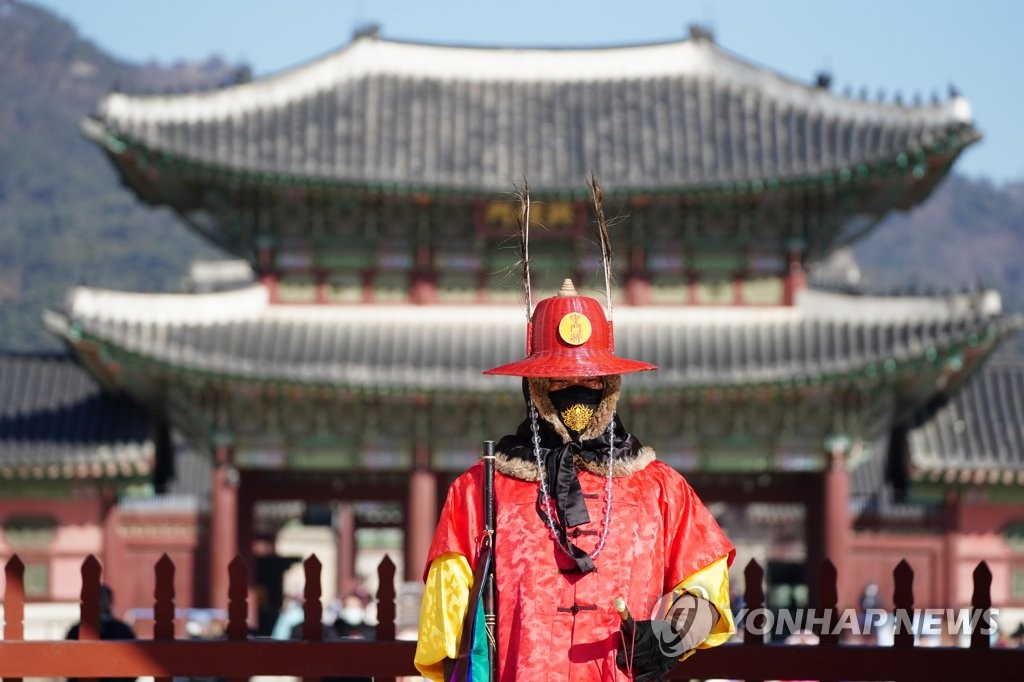 One of the most conspicuous changes is people wearing masks, now considered a daily necessity here.

In a morning commute via subway Line No. 2, one of the city's busiest routes that passes through City Hall and Gangnam, most people wore white or black masks to prevent infection.

In fact, the surge in mask demand has become a social issue as some retailers sharply raised prices to squeeze out higher margins, prompting the government to take control.

Earlier this month, the government approved tougher penalties against mask and sanitizer hoarders, under which they could face a prison sentence of up to two years or a fine of 50 million won (US$42,261).

A quick walk around pharmacies and convenience stores in the city center shows that masks are low in stock. Those in stock are more expensive compared to prices before the outbreak.

"These are only 2,000 won. It's really cheap," said a pharmacist at a drugstore near Namdaemun Market. "They'll be gone soon, get them while you can."

In some online communities, people share locations of shops where masks are still in stock or post online links for masks, which usually sells out in a few minutes. 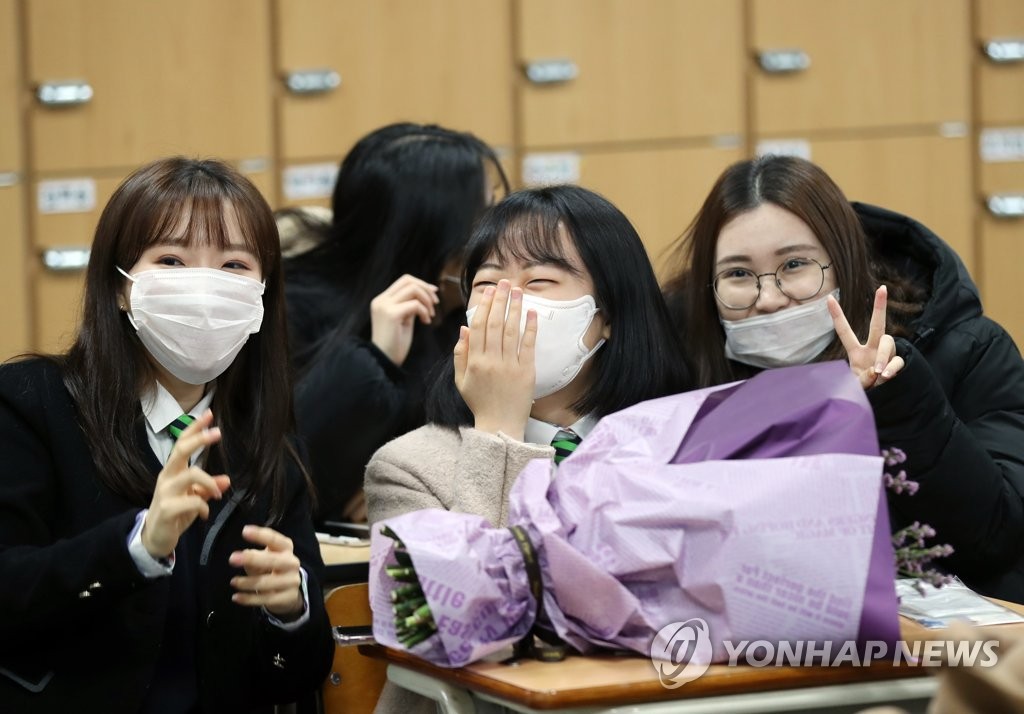 Online grocery sales have also shot up as people shun supermarkets in efforts to avoid direct contact with people who may be infected.

Orders for processed and fresh food at e-commerce platform 11Street soared 53 percent and 46 percent on-month, respectively, between Jan. 27 and Feb. 1.

Following reports on people who likely contracted the disease overseas and ensuing tightened quarantines, some people have called off international trips despite hefty last-minute cancellation fees.

"My partner and I were planning to fly to Eastern Europe next week, but we decided to postpone it to summer," a 35-year-old office worker said. "Things will hopefully get better."

Eating stew from a shared bowl or using the same glass to take shots of soju, a Korean liquor, at company dinners -- a culture which had been disdained by many -- is disappearing more quickly. 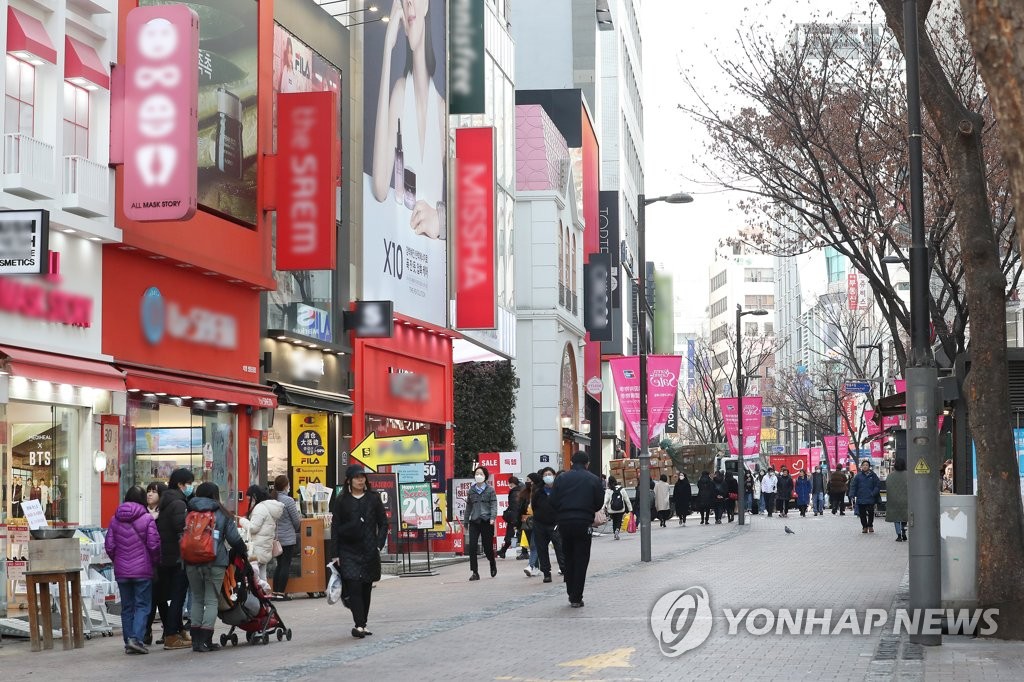 Concerns over human-to-human transmission have also changed how people practice their religions and celebrate milestones.

Most churches provide live-streamed Sunday services to people who cannot come and advise people with symptoms to attend the virtual service.

Families are cancelling ceremonies, like milestone birthdays and a majority of schools have scaled back graduation and entrance ceremonies that take place in February and March.

For events that are hard to reschedule, such as weddings, which usually involve hundreds of guests, brides and grooms are searching for ways to curb fears.

"We know that guests could be worried, especially those with young children, so we've advised those who visited China not to come and are considering not taking group photos," said Lee Ju-yeon, who is set to tie the knot later this month.

"Even if they can't make it, I fully understand the decision," the bride-to-be said. "I'm glad we scheduled a small wedding with just family and close friends so at least we wouldn't have to change a lot of details."