The index rebounded after opening lower on overnight losses on Wall Street that apparently came in the face of a sharp rise in the number of coronavirus infection cases in China. 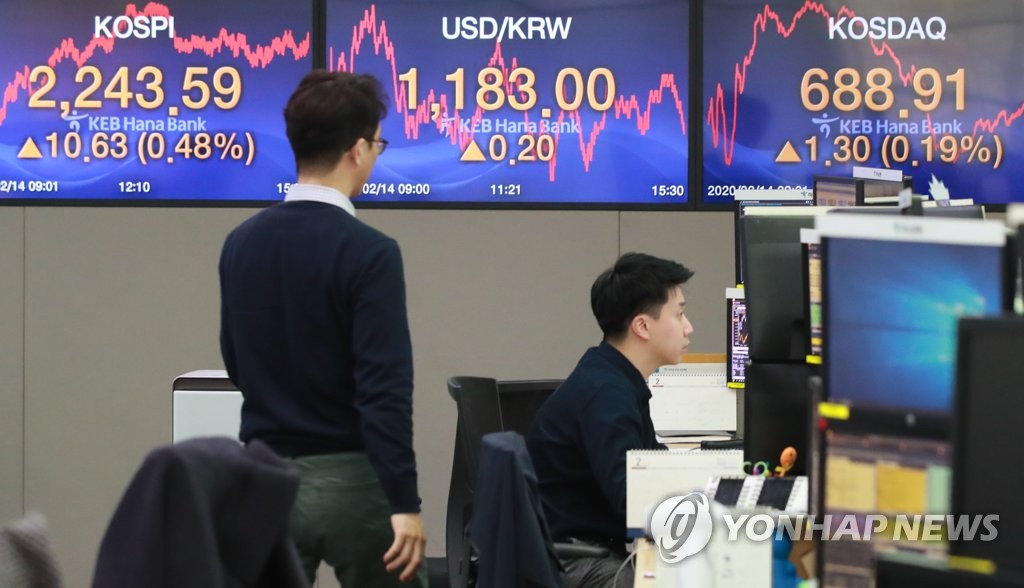 "The tremble in global stock markets on the previous day was due to the continued spread of the new coronavirus. Stocks markets had positively viewed a drop in the number of confirmed and suspected cases. Risk-taking behaviors weakened on the news of a spike in the number of infected people and further spread of the virus in Japan and the United States," NH Investment & Securities analyst Noh Dong-kil said.

China has so far reported over 60,000 confirmed cases with more than 10,000 cases added just overnight on Thursday, largely due to its fresh inclusion of suspected patients based only on their initial test results.

"The number of new confirmed cases released by China's Hubei Province today is 4,823, confirming that the number announced the day before was an one-off event. The World Health Organization shared a similar view. The U.S. stock market pared earlier losses following the WHO announcement," Noh added.

South Korea has reported 28 confirmed cases of the COVID-19, but no new case since Tuesday.

The local currency closed at 1,183.0 won against the dollar, down 0.20 won from the previous session's close.

Bond prices, which move inversely to yields, closed lower. The yield on three-year Treasurys gained 5.5 basis points to 1.330 percent, and the return on the benchmark five-year government bond added 5.0 basis points to 1.454 percent.