SEOUL, Feb. 14 (Yonhap) -- A Seoul court on Friday acquitted another high-level judge implicated in a scandal involving alleged power abuses in the judiciary.

Lim Seong-geun, a senior justice at the Seoul High Court, was indicted in March last year for meddling in several trials between 2015 and 2016. He faced charges of abuse of power and obstruction of another person's exercise of right.

The Seoul Central District Court acknowledged that his interference in cases is "an unconstitutional behavior that infringes on the independence of judges" but ruled that the acts do not constitute the crimes charged.

"The defendant's intervention in trials is an illegal act using his senior position," the court said. "It amounts to a case that can be subject to disciplinary measures but not an abuse of authority."

Lim is one of scores of justices either prosecuted or disciplined for unfairly influencing sensitive trials and oppressing progressive judges under the previous Park Geun-hye administration.

Among them is former Supreme Court Chief Justice Yang Sung-tae, who was arrested in January 2019 and awaits trial on charges including abuse of power. He was later released on bail.

Earlier this year, four senior justices involved in the scandal were cleared of similar charges. 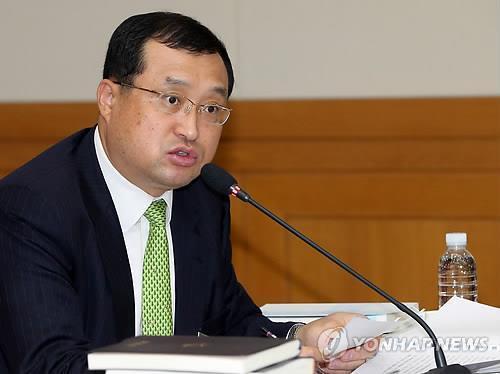 Lim was indicted for having exerted his influence in 2015 on a libel suit filed by the government against a Japanese journalist who questioned then-President Park's whereabouts during the 2014 Sewol ferry disaster.

He allegedly pressured the judge to state during a hearing that the report by Tatsuya Kato of Japan's Sankei Shimbun was fraudulent. Kato was found not guilty.