Foreign Minister Kang Kyung-wha and her Canadian counterpart Francois-Philippe Champagne held talks in Munich on the sidelines of a three-day security forum that opened Friday, according to the foreign ministry.

The top diplomats agreed to increase exchanges of high-level personnel and encourage the industrial sectors of both nations to promote cooperation in trade and investment.

The meeting was the first on the official schedule for Kang at the Munich Security Conference. She is expected to hold a series of bilateral meetings, including one with U.S. Secretary of State Mike Pompeo.

The foreign ministers also discussed the peace process on the Korean Peninsula and global responses to the spread of the new coronavirus, dubbed COVID-19, the government said. 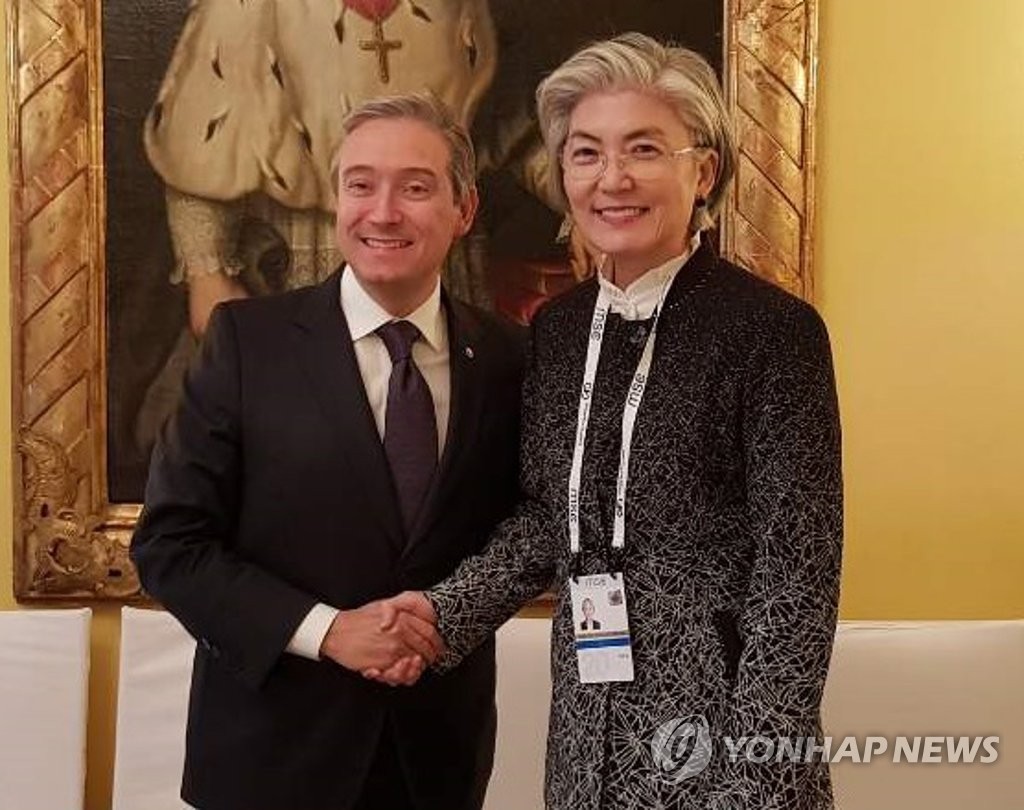