DUNEDIN, United States, Feb. 15 (Yonhap) -- At age 31, having retired and unretired once, Canadian right-hander Phillippe Aumont is taking yet another crack at the majors with the only big league club in his native country.

He is a non-roster invitee to spring training for the Toronto Blue Jays this week -- meaning he is not yet on the major league roster but has been given a chance to earn his place -- and it's his second tour of duty with the Blue Jays system, with a potential move to South Korea in his back pocket.

His first Blue Jays stint didn't go so well. In 2015, the native of Gatineau, Quebec, signed as a free agent and joined the Jays' Triple-A affiliate in Buffalo. He lasted only five outings, though, and went 0-2 with a 6.00 ERA before getting released. 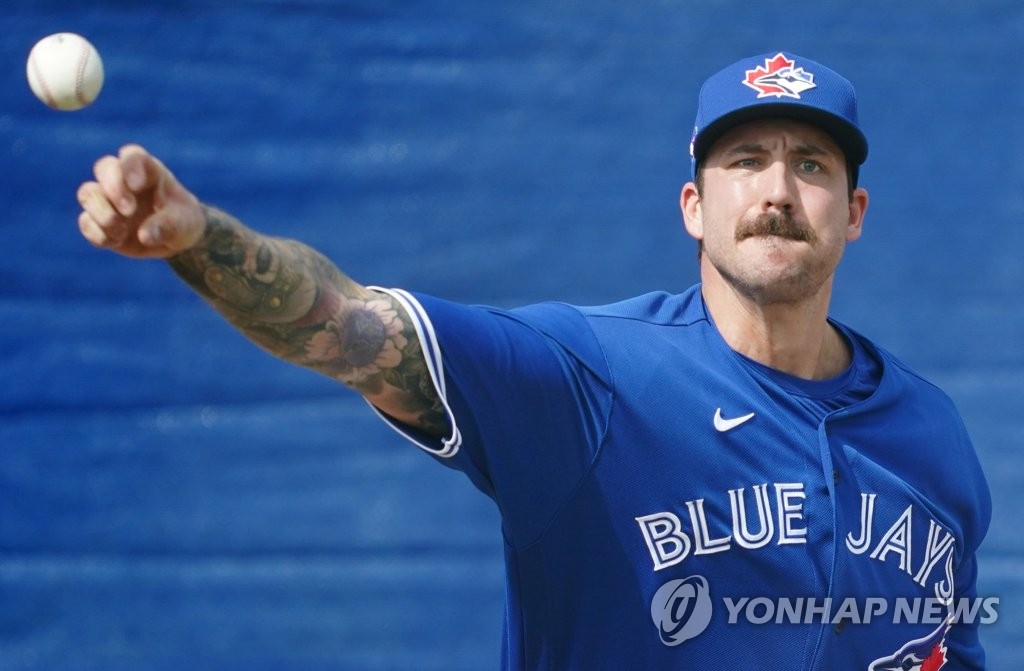 Aumont retired in 2016, only to reemerge the following year in independent ball in Ottawa. Then came an opportunity to pitch for his country twice in 2019, first at the Pan American Games in the summer and then the World Baseball Softball Confederation (WBSC) Premier12 in November, which doubled as an Olympic qualifying tournament.

Canada was paired with South Korea, Cuba and Australia in the preliminary round, and those four teams played at Seoul's Gocheok Sky Dome. And with scouts from the majors and the Korea Baseball Organization (KBO) on hand, Aumont threw eight shutout innings against Cuba, giving up only two singles and striking out nine in Canada's 3-0 victory.

At his press conference following the gem, Aumont said he was hoping for an opportunity to pitch in the KBO, and he wanted to put on a good showcase before scouts.

Then the Jays came calling again and inked him to a minor league contract in December, with an invitation to spring training.

And this week, four years after he abandoned the game, Aumont reported to camp in Dunedin, Florida,

"I am excited. It's a good opportunity," Aumont told Yonhap News Agency on Thursday inside the clubhouse at TD Ballpark. "It's another spring training to try to make a team. It's going to be fun."

Aumont looked back on his outing in Seoul with mixed feelings. Though he did more than his part by shutting down Cuba, Canada still couldn't make it out of the first round, as it lost to both South Korea and Australia.

But Aumont said there was no denying the fact that his start in Seoul "made a big impact on having the concrete and solid opportunity to come here."

The pitcher admitted he was torn between trying to take another shot at the majors -- his last big league appearance came with the Philadelphia Phillies in 2015 -- and moving to South Korea or Japan to extend his career. 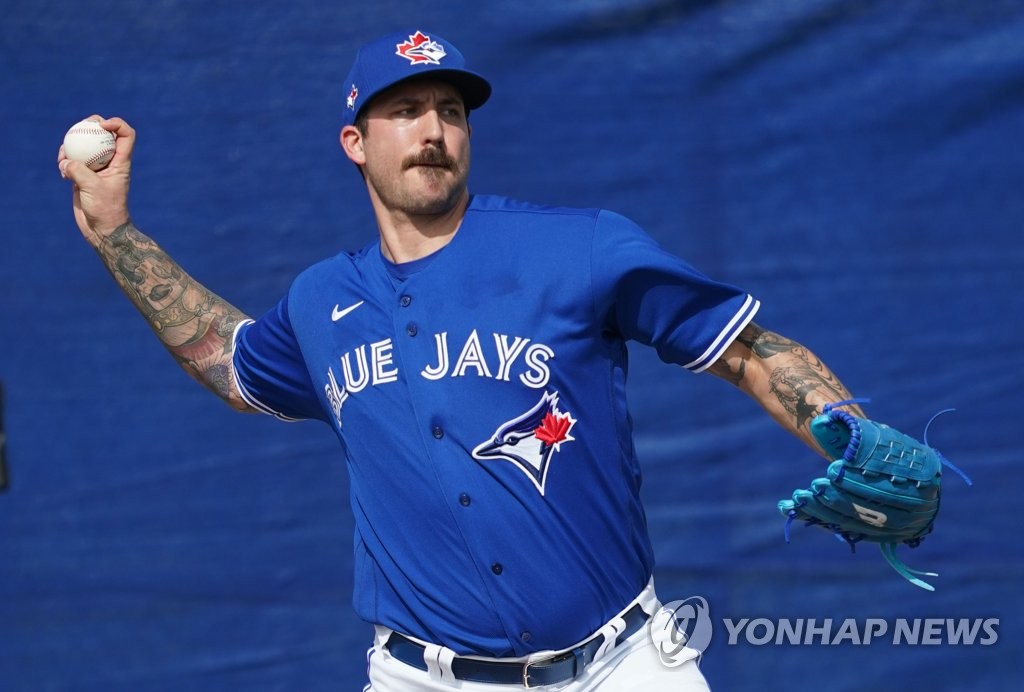 Though there was interest from the KBO, discussions between clubs and Aumont's camp didn't go very far, or go the way he wanted.

"The guys that I would have filled in for re-signed (with their KBO teams)," Aumont said. "But it's fine. I am just going to compete here and have some fun. If it doesn't work out here, hopefully Korea or Japan calls."

Aumont said the key to his spring training is to "go about the business the right way and have fun."

"Everything else will take care of itself," he said. "I don't put any big pressure on myself. I do what I am supposed to do, and I want to compete to the best of my abilities."