Left-hander Ryan Borucki is one of the first members of the unofficial Ryu fan club on the team. After Ryu signed his four-year, US$80 million contract with the Jays in December, Borucki and his teammates rejoiced at the arrival of the reigning major league ERA champion. 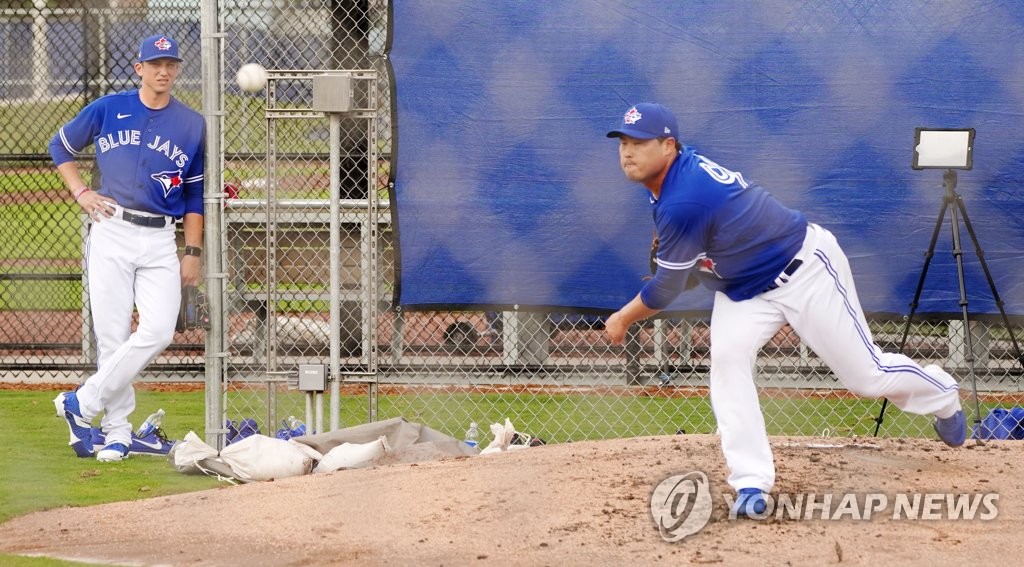 But Borucki didn't just stop at exchanging excited texts; he did a deep dive into Ryu's career with the Los Angeles Dodgers, watching video and reading up on what made Ryu so successful.

Borucki, who had a solid debut season in 2018 but was limited to two starts due to injuries in 2019, came away convinced that Ryu could help push him to another level.

"I feel like I really can learn a lot from him. I feel our stuff is very similar," Borucki told Yonhap News Agency on Thursday inside the clubhouse at TD Ballpark in Dunedin, Florida. "I've talked to our coaches and I've done a lot of research and watched how he pitched. Just watching him and seeing how he attacks hitters, trying to take his game plan and try to put it into my game plan ... I feel like he's going to be a big asset for me and he'll help me with my career."

Specifically, Borucki said he wanted to learn how to throw a cutter as effectively as Ryu.

"That was the pitch that I did a lot of reading on him. Once he learned that, he took off in his career," Borucki noted. "It's going to be a cool learning experience for me. He's going to be the guy that can jump-start this rotation and hopefully be the leader for us." 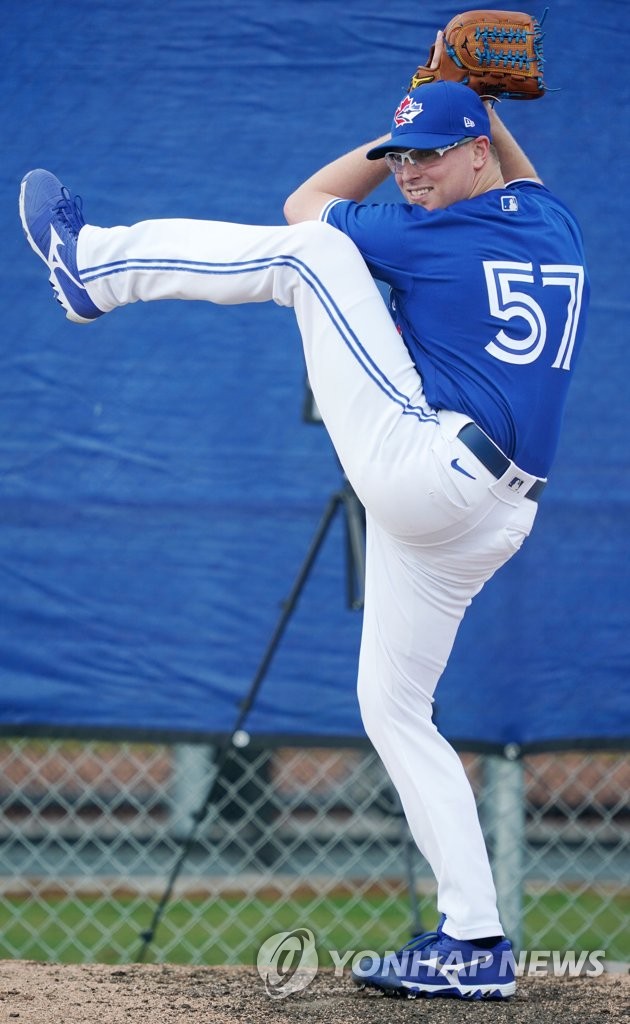 It's not hard to see Ryu and Borucki, a pair of smooth lefties, building some connection. With Trent Thornton, a rugged righty, it seems less obvious.

But Thornton, also speaking on Thursday at TD Ballpark, insisted the handedness doesn't matter when you're learning from a master of your craft.

"Obviously, (Ryu and I) probably don't have the same stuff, but you can just continue to learn," he said. "Even if he's left-handed, certain grips work for certain guys. (I also want to learn) his mentality behind each pitch and sequences he uses."

Where Borucki is keen on the cutter, Thornton is keying in on Ryu's changeup, the main meal ticket for the South Korean.

"That's the one pitch I've always struggled with, (in terms of) consistency," he said. "If he says something that clicks with me, I can take it and run with it. It's a win-win situation."

Thornton was the Jays' most consistent starter in 2019, making 29 starts as the club went through 21 starters to get through a 67-95 season.

Over the winter, the Jays acquired, in addition to Ryu, a pair of veteran starters in Tanner Roark and Chase Anderson. Matt Shoemaker is returning from a knee injury that cut short his 3-0 start to the 2019 season.

Thornton, Borucki and others are left to battle for the one remaining spot. It seems a tad unfair that Thornton, who kept the team afloat during its lowest moments last year, hasn't been assured of a place in the rotation. But the 24-year-old said he embraces the competition. 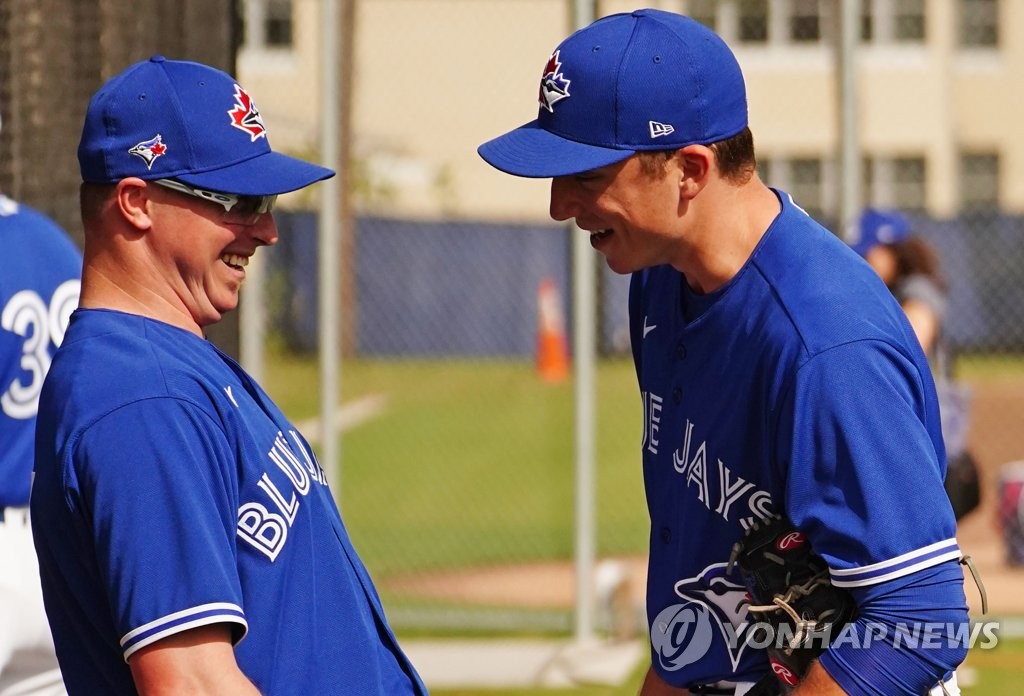 "That's baseball. You're going to compete for jobs throughout your entire career," Thornton said. "There are people competing for jobs, and that's going to make you better."

Asked if he saw himself as a starter, Thornton said, without missing a beat, "Yes, absolutely."

Borucki may have something to say about that.

"I feel like I've proven to people that my stuff plays in the big leagues," he said. "For now, I am just focusing on being a starter. I've always been a starter my whole career. I think I am good enough to be a starter."

And Ryu just may play an important role in determining who will join him in the rotation.