DUNEDIN, United States, Feb. 14 (Yonhap) -- Andy Burns was born in South Carolina and split his first professional season in 2011 in British Columbia and in Florida.

His minor league stops include Arizona, New Hampshire and Michigan, but it's the time he spent in South Korea, from 2017 to 2018, that he feels has had the biggest impact on his career.

The 29-year-old second baseman arrived at the Toronto Blue Jays' spring training on Friday as a non-roster invitee. He'll have to fight his way to make the Jays' big league roster for the second time.

To do that, Burns will try to apply lessons he learned from his two seasons with the Lotte Giants in the Korea Baseball Organization (KBO). 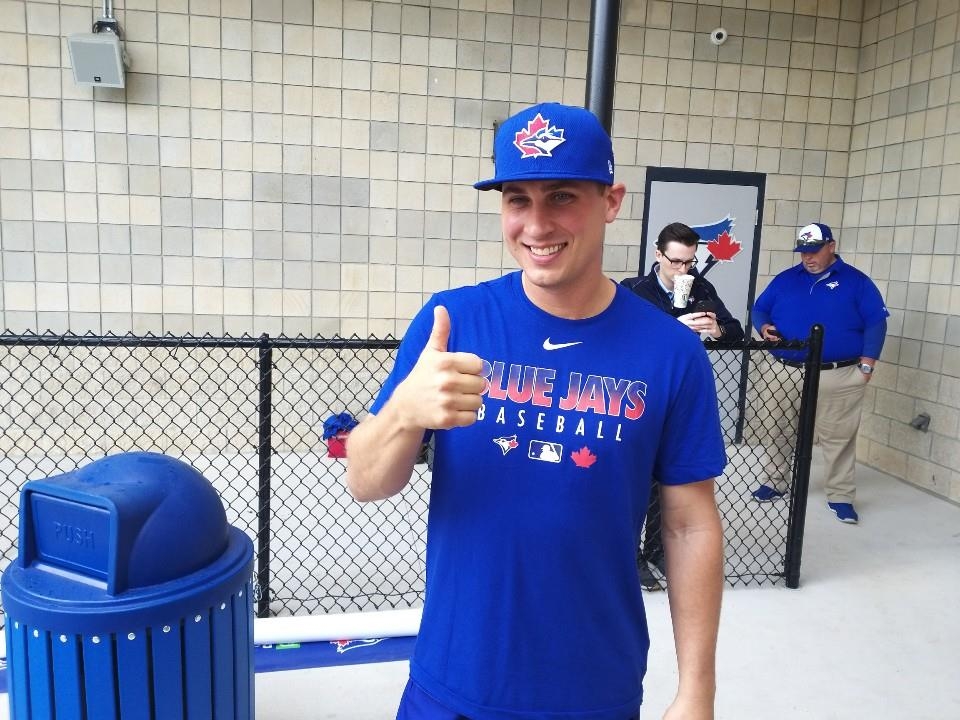 "Honestly, everything that I do from a hitting standpoint now is what I learned over in Korea," Burns told Yonhap News Agency on Friday inside the clubhouse at TD Ballpark in Dunedin, Florida. "I don't think I'd be where I am at today without the experience that I had with Lotte. I had the best minor league season that I've ever had last year. A lot of that, I credit to what I learned over in Korea."

In his first KBO season in 2017, Burns, who appeared in 10 games for the Jays the previous year, batted .303 with 15 home runs and 57 RBIs. He also emerged as a fan favorite in the famously fickle Giants' fan base in Busan, some 450 kilometers southeast of Seoul, thanks to his hustle on both ends. 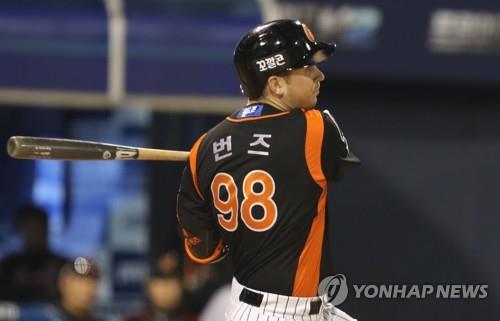 And he finds himself competing for playing time in a crowded infield that features a talented young core, which includes Vladimir Guerrero Jr., Bo Bichette and Cavan Biggio. Those three are virtual locks for big league positions, and Joe Panik, former Gold Glove-winning second baseman for the San Francisco Giants, is in the mix alongside a utility-type player like Brandon Drury.

It's an uphill battle for Burns, to be sure, but the well-traveled veteran isn't looking that far ahead.

"For me, it's (about) staying focused on the process and then taking care of what I can control," he said. "It's a great opportunity here. There are great players in this clubhouse and I think there are high expectations. My only goal is to show up here and compete, and do what I can everyday to help the team win."

If he can't make it back to the majors down the road, then a return to the KBO is "absolutely" a possibility for Burns.

"I loved my time in Korea. It's a place that will always be close to my heart," he said. "If the opportunity to go back there arises, I am always open to going back. But I am focusing on being here with Toronto. It's the priority right now. Let's take it day by day and see what happens." 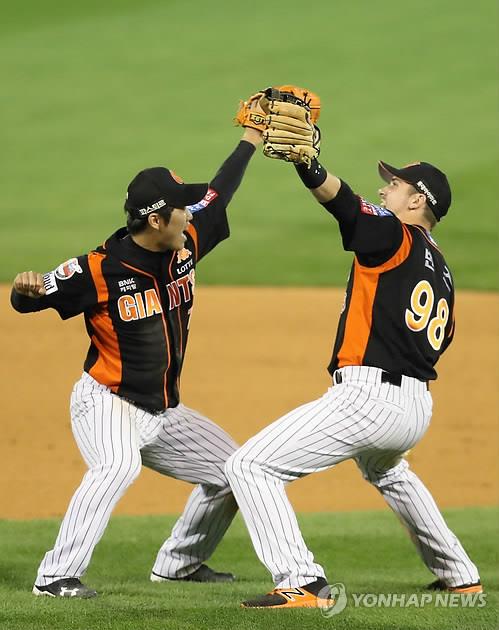