DUNEDIN, United States, Feb. 15 (Yonhap) -- If Toronto Blue Jays' manager Charlie Montoyo ever runs out of pinch hitting options this year, he'll know he can turn to the most expensive pitcher in franchise history.

Montoyo revealed on Thursday he had some fun exchange with his new No. 1 starter, Ryu Hyun-jin, before the start of spring training in Dunedin, Florida. The Puerto Rican-born skipper wanted to make the South Korean hurler feel comfortable in his new surroundings, and the two went to talk about hitting. 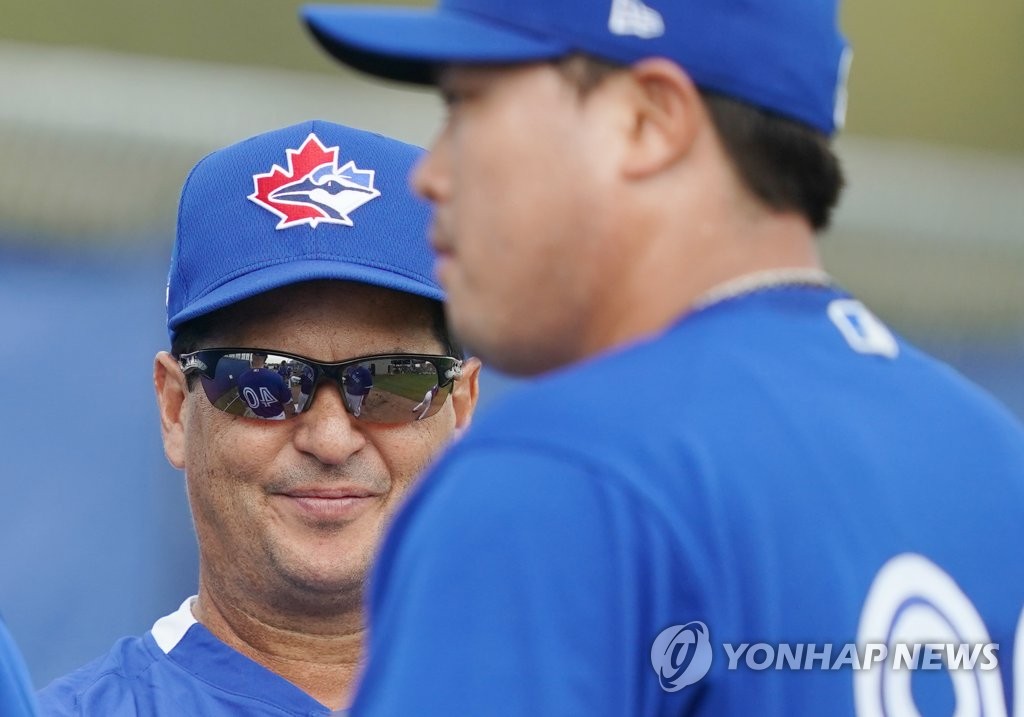 Having spent his seven previous years in the National League (NL) with the Los Angeles Dodgers, Ryu takes pride in his hitting chops. The former high school cleanup hitter in South Korea even launched his first career home run last September against the Colorado Rockies, taking Antonio Senzatela over the wall in right center at Dodger Stadium, one of the least hitter-friendly parks in the majors.

"I asked him, 'Can you hit?' And then he showed me the tape of him going deep at Dodger Stadium," Montoyo said with a smile. "He flipped the bat. And I said, 'Okay, I'll let you hit. No bunting sign for you.'"

The Blue Jays will have several games at NL parks this year: two at the Philadelphia Phillies in April, and two at the St. Louis Cardinals, three at the Pittsburgh Pirates and three more at the Milwaukee Brewers in June.

All the jokes aside, Montoyo certainly appreciates what Ryu can do on the mound. He led all of baseball with a 2.32 ERA last year, and finished second in voting for the NL Cy Young Award.

Ryu threw his first bullpen session on Thursday and the manager liked what he saw.

"I think it's fun to watch guys that throw strikes. He can put the ball wherever he wants," Montoyo said. "He locates all of his pitches and that's why he's one of the best pitchers in baseball." 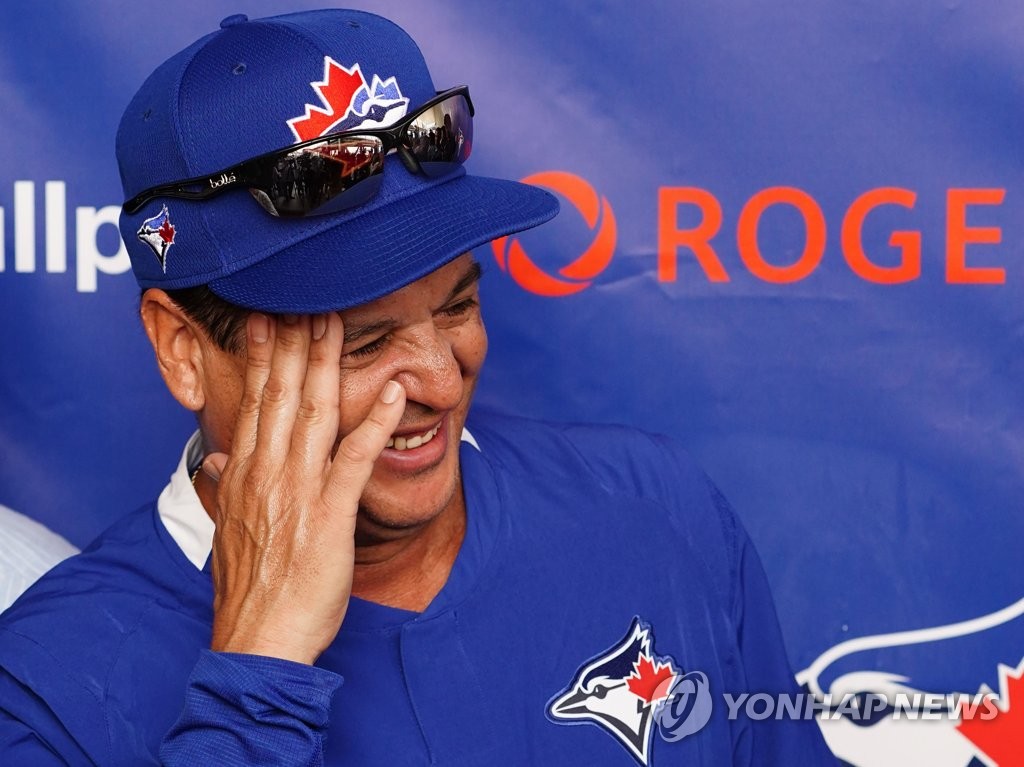