DUNEDIN, United States, Feb. 14 (Yonhap) -- Nearing his 33rd birthday, Ryu Hyun-jin is one of the oldest players at the Toronto Blue Jays' spring training this month in Florida.

He may not be a natural leader, but the South Korean left-hander understands his words and deeds as one of the team's veterans can carry a lot of weight. 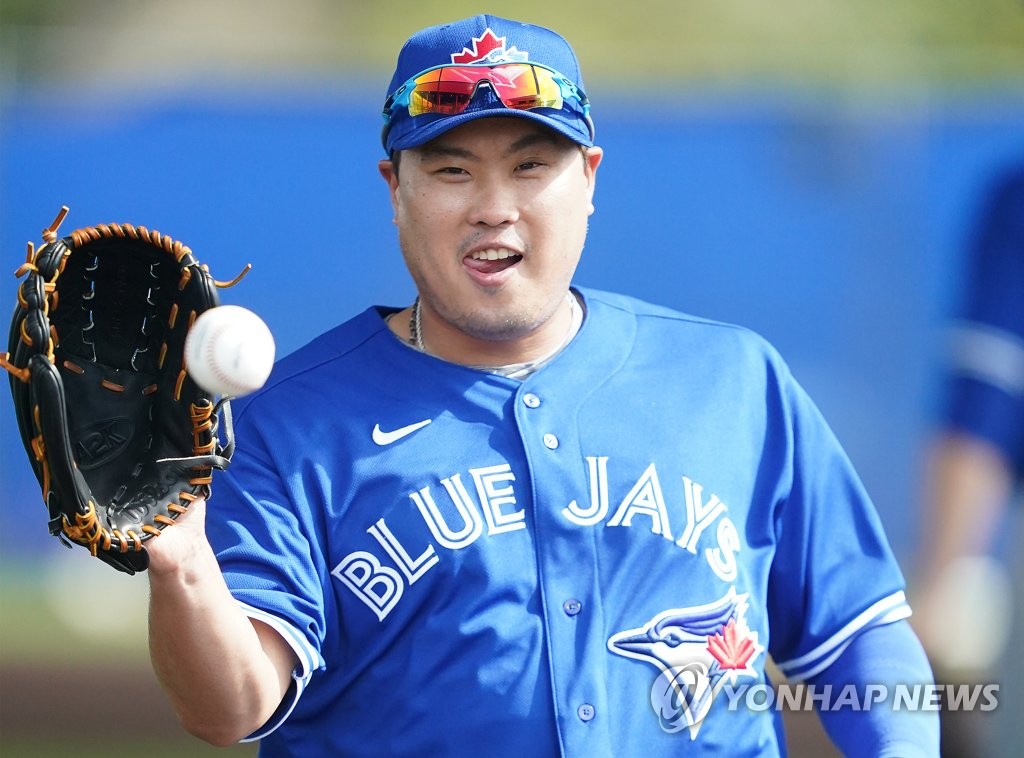 The sense of responsibility hasn't quite hit him yet -- admittedly, this was only Ryu's second official day at camp -- but Ryu appeared ready to embrace the role of a clubhouse leader.

"We have a lot of veterans on this team other than myself, and my focus is on doing things I am supposed to do," Ryu said after his non-throwing workout on Friday at Player Development Complex, near TD Ballpark, in Dunedin, Florida. "It won't just be me helping out guys. We should all pull for each other."

Case in point: as the players boarded the team bus to head to the training complex, Ryu found himsef seated in front of Japanese rookie Shun Yamaguichi. Ryu is only four months older than the Japanese right-hander, but has seven more years of major league experience. When Yamaguchi started peppering Ryu with questions, the South Korean pitcher was more than happy to answer.

They got to talking about their spring workload, and when Yamaguchi said he plans to get to 100 pitches in the coming days, Ryu told him, in no uncertain terms, that was way too much at this time of the year in the majors.

"This reminded me of the time I came to the majors for the first time," Ryu said. "I decided I should be helping him out a lot." 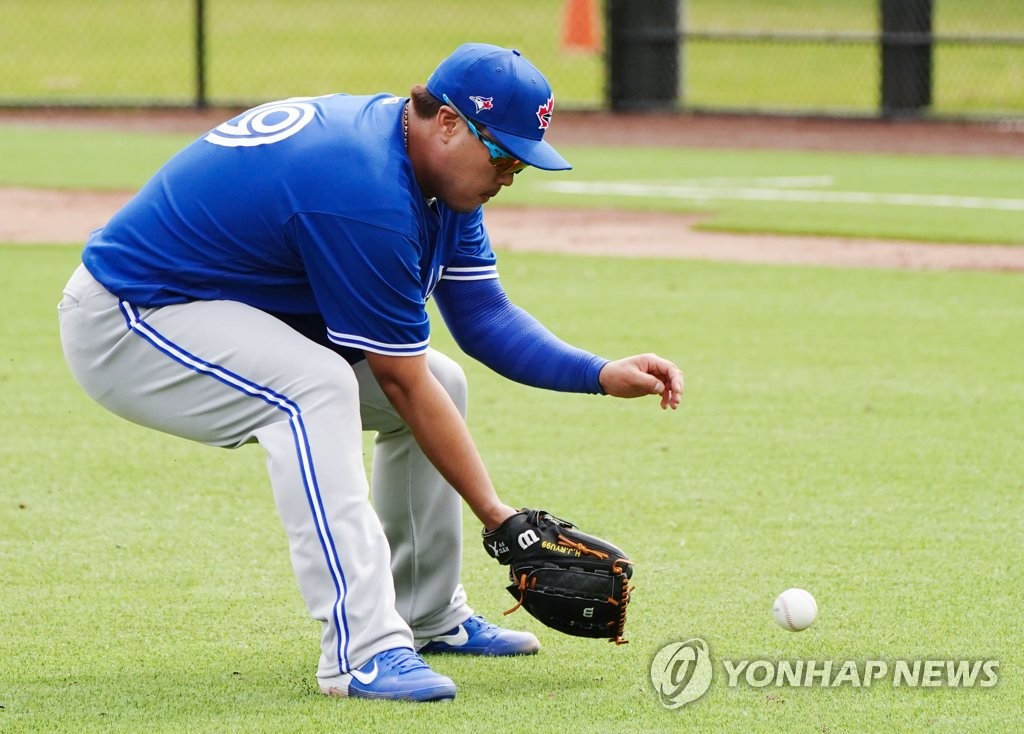 Yamaguchi himself brings impressive credentials from the Nippon Professional Baseball (NPB), as the reigning Central League leader in wins and strikeouts with the Yomiuri Giants. He signed a two-year deal via posting, but he will be battling for a fifth spot in the starting rotation, with a chance that he could end up in the bullpen.

Ryu, on the other hand, is virtually guaranteed to be the Opening Day starter on March 26 at Rogers Centre in Toronto, against the Boston Red Sox.

Earlier in the day, the Jays' general manager Ross Atkins said it's "hard to see a scenario where it's not Ryu" starting the first game of the season. The pitcher himself didn't buy the hype on Friday and said, "I think it's premature to be talking about starting on the Opening Day. I'll be gradually increasing my workload and I think we'll find out in March."