In an article published earlier this week, the Center for Strategic and International Studies said there were three specialized railcars at the Yongbyon nuclear facility in satellite imagery it obtained Monday.

Those railcars have previously been associated with the movement of radioactive material and were last spotted by the think tank in November, it said.

"The size and number of the casks observed on the railcars suggest the outbound shipment of irradiated liquid or solid waste, disassembled but contaminated equipment or, potentially, the movement of fissile materials," the article said. "A less likely alternative is the inbound shipment of radioactive material."

What the image does suggest is that the facility remains active and would need to be part of any denuclearization agreement between the United States and North Korea, the think tank added.

North Korea offered to dismantle the complex in exchange for major sanctions relief at the February 2019 summit between its leader Kim Jong-un and U.S. President Donald Trump.

Negotiations between the sides have stalled since the U.S. rejected the offer, with CNN reporting earlier this week that Trump has told his advisers he does not want another summit with Kim before the U.S. presidential election in November.

CSIS said it is unclear whether the presence of the railcars is a "carefully calibrated move" by North Korea to "maneuver international diplomatic tensions" or related to the regime's warnings in recent weeks of an unwanted "Christmas gift" or a "new strategic weapon." 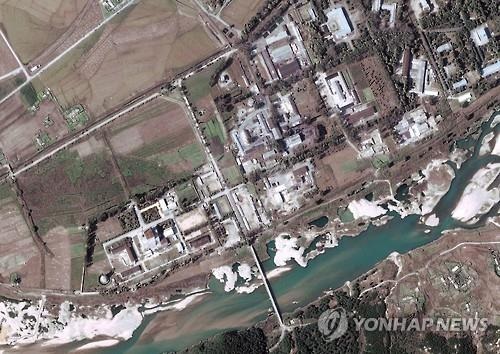