SEOUL, Feb. 15 (Yonhap) -- South Korea reported no additional novel coronavirus case for the fourth day in a row with the total number of cases unchanged at 28, as two more people have been released from quarantine, public health authorities said Saturday.

The Korea Centers for Disease Control and Prevention (KCDC) said a total of nine patients have been released from isolation after fully recovering from the COVID-19 virus.

The country has tested a total of 7,519 people for the virus since Jan. 3, with 6,853 turning up negative as of early Saturday, with another 638 undergoing tests for possible infection, the KCDC said.

The KCDC then said that the remaining 19 patients currently being treated for the virus at hospitals are all in stable condition, with only one person on a respirator for pneumonia. Doctors have said a few others could be discharged from hospitals soon, after undergoing final screenings to make certain they are healthy and pose no health risks to others.

The number of people being tested has increased by 103 from the day before as the country has aggressively isolated and checked people at risk of having contracted the virus. 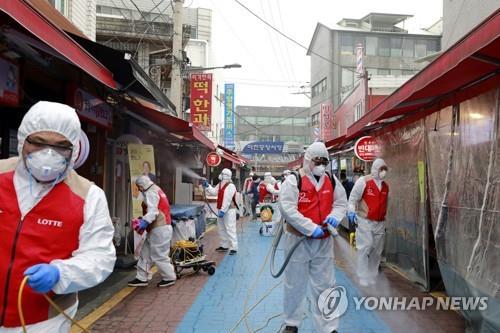