SEOUL, Feb. 15 (Yonhap) -- South Korea reported no additional novel coronavirus case for the fourth day in a row, with the total number of cases unchanged at 28, while two more people have been released from quarantine, public health authorities said Saturday.

The Korea Centers for Disease Control and Prevention (KCDC) said nine patients have so far made full recoveries after being infected with the COVID-19 virus.

The country has tested a total of 7,734 people for the virus since Jan. 3, with 7,148 turning up negative as of Saturday afternoon and another 558 undergoing tests for possible infection, the KCDC said. 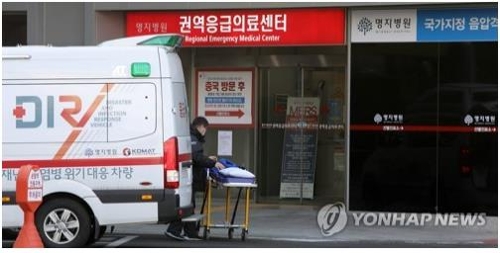 The KCDC then said that the remaining 19 patients currently being treated for the virus at hospitals are all in stable condition, with only one person on a respirator for pneumonia. Doctors have said more patients could be discharged from hospitals soon, after undergoing final screenings to make certain they are healthy and pose no health risks to others.

In particular, public health officials said that the 28th patient, a 30-year-old Chinese woman, who is an acquaintance of the country's third confirmed case, has tested negative for the virus twice in the last 24 hours. She had shown no signs of being ill from the outset, making her a candidate for early release.

South Korea, like other countries, keeps watch for influenza outbreaks with some 200 clinics around the country reporting on cases to the government with samples taken being tested so alerts can be issued if necessary.

There have been concerns that the COVID-19, which is highly infectious, may turn into a seasonal illness like the flu that could pose challenges for authorities.

Earlier in the day, South Korea released the first group of 366 South Koreans evacuated from Wuhan, China, who have been released after two weeks of quarantine.

The evacuees who arrived in the country on Jan. 31 have all tested negative in detailed tests, the KCDC said.

The country said that it plans to release the second batch of people who were airlifted out of Wuhan on Feb. 1 on Sunday, after all 333 were screened for viral infection.

South Korea's Prime Minister Chung Sye-kyun was on hand at Jincheon to wish those being released the best for the future and to thank residents of the city for welcoming the visitors into their midst despite health concerns for the community. 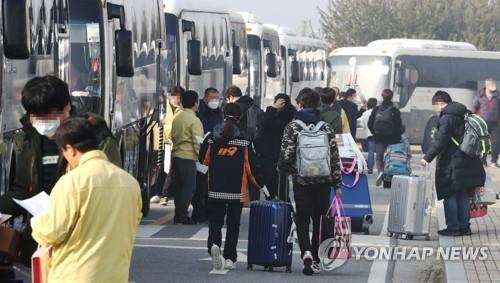