SEOUL, Feb. 15 (Yonhap) -- Firefighters worked to put out a fire at a steel plant south of Seoul, with no casualties reported, authorities said Saturday.

The 119 Rescue Center received a report of a fire at the steel plant operated by KG Dongbu Steel in Dangjin, 120 kilometers south of Seoul, at 1:31 p.m. and firefighters completely extinguished the fire in one and a half minutes, according to Dangjin Fire Station.

"The fire took place at the plant's water processing facility when workers were preparing to remove it (for an unspecified reason). There were no casualties reported," a spokesperson for the station said over the phone. 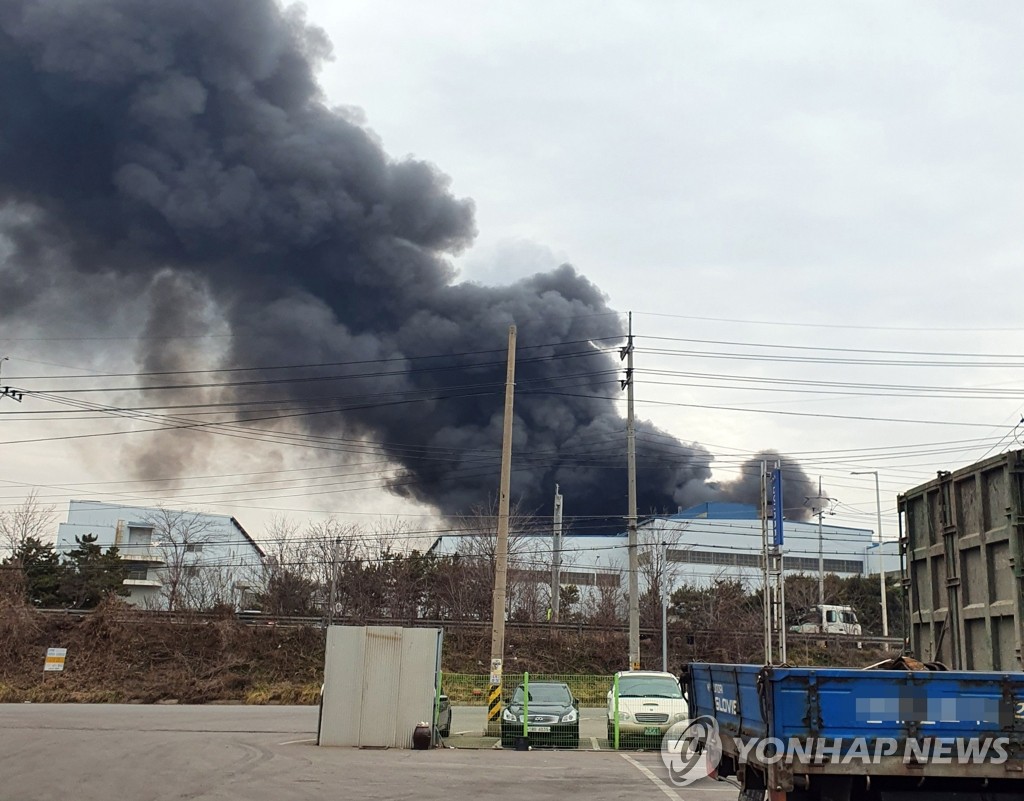