Pompeo made the comment in welcoming remarks at the trilateral meeting with his South Korean and Japanese counterparts -- Kang Kyung-wha and Toshimitsu Motegi -- on the sidelines of a security forum in Munich, according to the official.

Kang said in turn that she found the subtitles of the film well written. Pompeo said that he had no problem understanding the movie through the subtitles.

On Feb. 9, the Bong Joon-ho-directed film became the first ever in the Academy's 92-year history to win both best international feature film and best picture. It also bagged the Oscars for best director and best original screenplay. 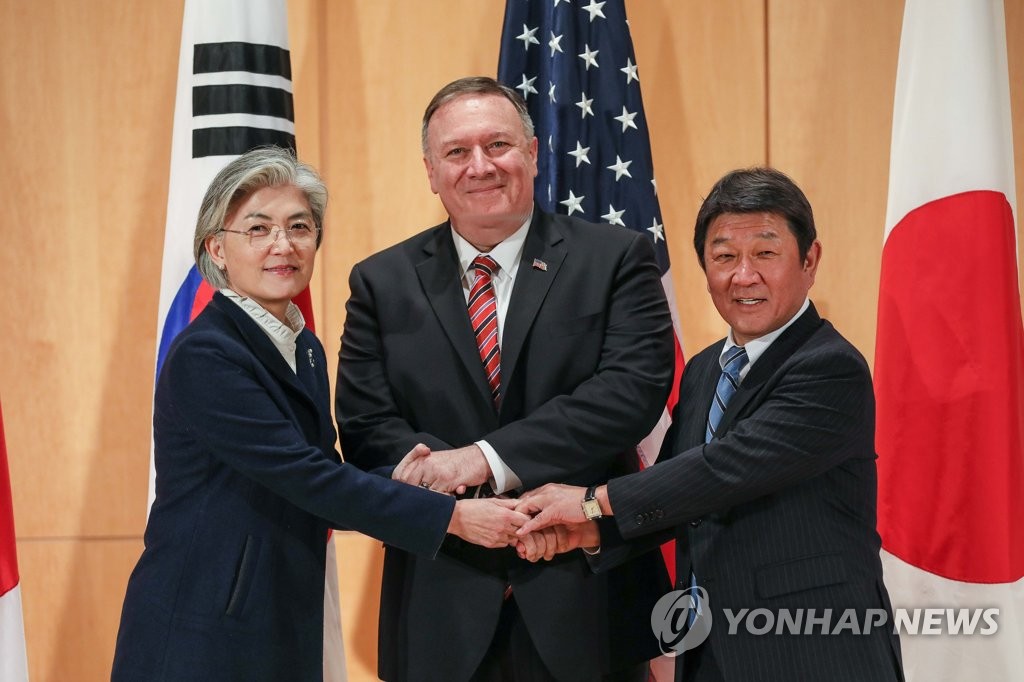