SEOUL, Feb. 17 (Yonhap) -- Despite an apparent slowdown in the outbreak of the novel coronavirus, South Korean health authorities are still on alert against additional virus cases and further spread across the country after the first confirmed case was reported here a month ago.

The country has reported a total of 30 confirmed virus cases since Jan. 20, according to the Korea Centers for Disease Control and Prevention (KCDC). After a five-day lull, an additional COVID-19 case was identified on Sunday.

Nine people have so far been released from quarantine after making full recoveries from the seasonal flu-like illness.

The 21 patients currently being treated for the virus at hospitals are in stable condition, although one is receiving oxygen therapy for pneumonia but is not in critical condition, the KCDC said.

Of the confirmed cases, 14 patients are arrivals from China, and 11 are presumed to have contracted the virus via person-to-person transmission here, also raising concerns that community transmission may rise down the road given that many people have been in contact with the patients. 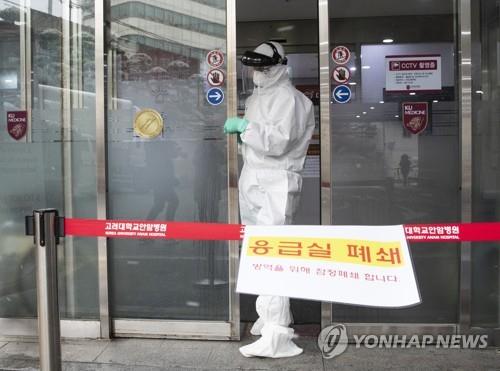 The number of new infections had increased until early February since the country reported the first confirmed case on Jan. 20. The country's first virus patient was a 36-year-old Chinese woman who arrived here from the central Chinese city of Wuhan, the epicenter of the global outbreak.

Since the first outbreak of the virus here, South Korea has been implementing a two-pronged disinfection strategy -- barring arrivals from overseas and curbing spread across the country.

Since Feb, 4, the country has restricted arrivals from Hubei province, where Wuhan is located, while additionally strengthening quarantines for arrivals from Hong Kong and Macao.

On Sunday, the health authorities even said they are considering tests on pneumonia patients for novel coronavirus, to check whether the potentially deadly virus has already spread across the nation.

To better deal with the novel coronavirus, the KCDC said Saturday it is considering a move to incorporate the COVID-19 screening into its overall influenza checks so as to prevent infections from slipping past its quarantine regime. 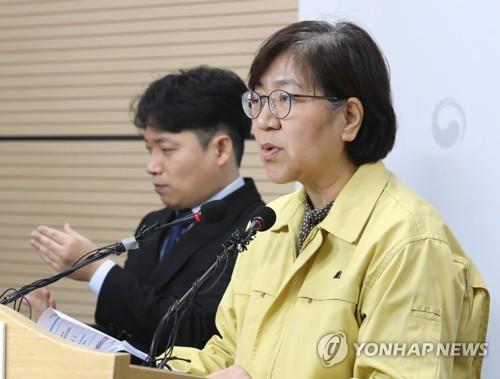 Jeong Eun-kyeong, head of KCDC, said this week that the country now has to focus on preventing the spread of the coronavirus at medical institutions and in regional communities.

"Coronavirus can spread fast even though an infected person has mild symptoms," Jeong said. "There is still a possibility that the virus can spread widely from medical institutions where there are many elderly and sick patients."

Having learned of trials and errors from two epidemiological nightmares -- the Severe Acute Respiratory Syndrome (SARS) in 2003 and the MERS in 2015 -- the country's health authorities have taken nimble measures since the first COVID-19 case was reported in China in December.

The country strengthened quarantine measures at airports -- including Incheon International Airport, the country's main gateway -- to detect and filter entrants with symptoms, such as fever and coughing.

"It is very rare to detect patients with the novel infectious diseases at quarantine desks," said Kim Woo-ju, an infectious disease specialist at Seoul's Korea University Hospital. The country's first and second confirmed cases were monitored and put under quarantine upon arrival at international airports located just outside of the capital city.

Health experts also point out that the country's health authorities have successfully established epidemiological links between the confirmed cases, except the latest 29th and 30th cases, which led to early diagnosis of the infections.

The doctor said follow-up measures were well implemented -- swiftly setting up frontline clinics across the country and adopting a 14-day self-quarantine measures for those who had contact with confirmed patients. 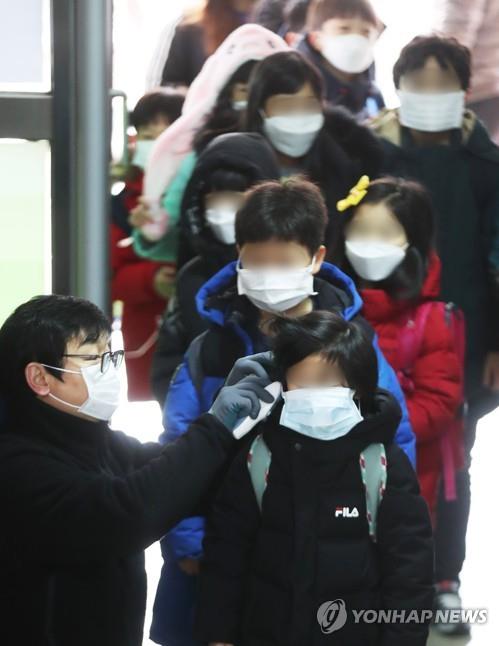 But it is premature to judge whether a global epidemic is peaking, according to health authorities and experts.

Jeong said in a recent regular briefing that the authorities will closely monitor the situation as the virus is still spreading in China, and there are confirmed cases in Japan that had no epidemiological correlations.

They claim that the coronavirus trend depends on how the epidemic situation unfolds in the mainland China, with some even cautiously saying that the current outbreak could last longer than the SARS and MERS outbreaks that lasted two and three years, respectively.

"We were able to dodge a major bullet after Hubei Province came under a virtual lockdown. However, attention should be paid to the second wave of crisis in Japan that reported documented cases of community spread ... there could possibly be new confirmed cases due to arrivals from Japan" Eom said.

He also said that local health authorities should step up efforts to prevent the spread of the virus among other people in homes and residential areas.

The 29th and 30th patients, in fact, have put the health authorities back on alert as their infection routes are unclear. The patients have not been under quarantine as he had not been in contact with the confirmed patients and had not traveled overseas. 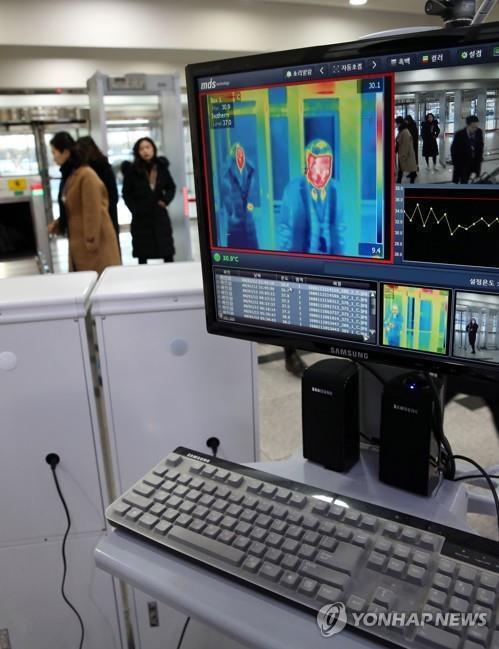 Health authorities and immunology experts here have made efforts to develop a treatment amid reports that anti-viral drugs used to treat HIV are effective for the new coronavirus.

All of the country's nine cured patients fully recovered with their own immune system, with at least two cases were given with combination of flu and HIV medications, including the country's virus-infected patient.

The anti-retroviral medication Kaletra that is used for AIDS treatment seemed to have some effect on the novel coronavirus, according to doctors here.

The public health agency announced a proposed protocol, which advises doctors to give Kaletra twice a day to elderly patients and those who show severe symptoms of the coronavirus. Kaletra is the HIV medication sold by global pharmaceutical firm AbbVie Inc.