DUNEDIN, United States, Feb. 15 (Yonhap) -- It wasn't only the players and coaches for the Toronto Blue Jays who celebrated the club's signing of coveted free agent pitcher Ryu Hyun-jin in December.

Gil Kim, the Blue Jays' director of player development, appreciated the fact that the team became more diverse with the arrival of the South Korean ace -- beyond simply adding an international player.

"The game has been expanding throughout the world, and any time we can add diversity to a group, it helps," Kim told Yonhap News Agency on Friday inside the clubhouse at TD Ballpark, the Jays' spring training home in Dunedin, Florida. 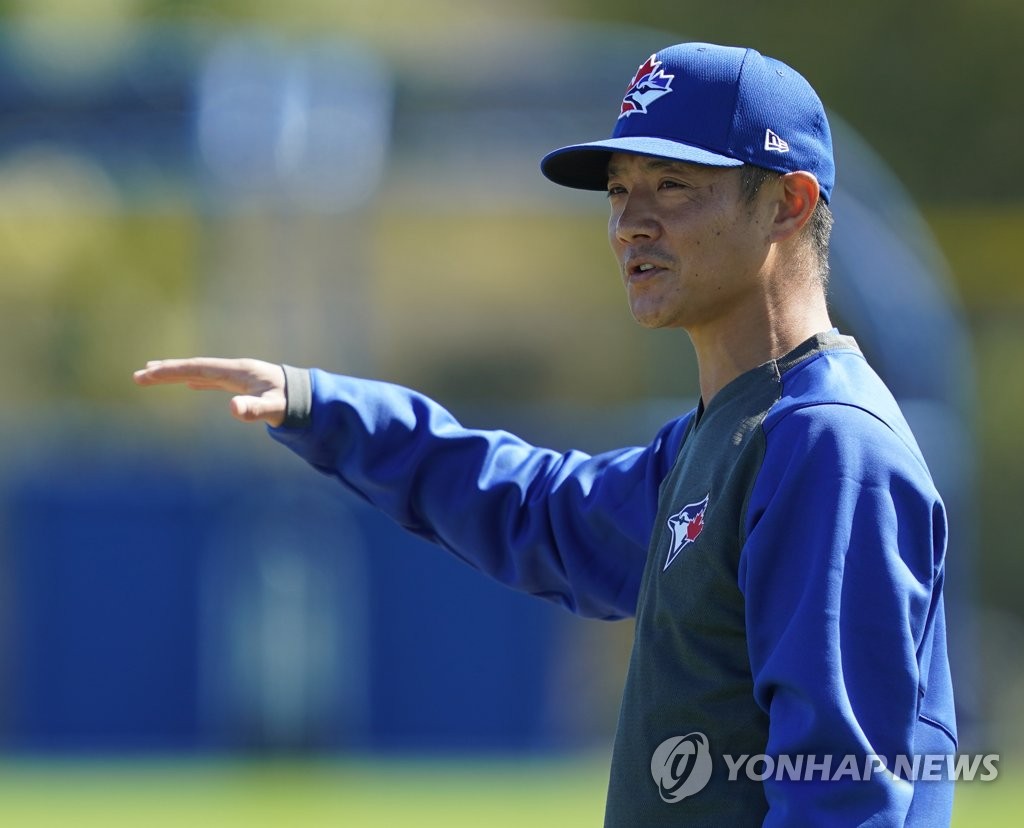 "Whether it's diversity in culture, skill set, perspectives or backgrounds, it helps teams get better," Kim added. "You feel proud knowing that some of the best players are getting the opportunity to showcase their best talent in the major leagues."

And Kim's sense of pride watching Ryu also comes from their shared heritage. Kim was born in Pottsville, Pennsylvania, to South Korean parents. Kim's father was born just west of Seoul in Incheon, the same hometown as Ryu.

"I am proud of being Korean-American. To see somebody so talented and such a good leader here from Korea, it's very exciting," Kim said. "Definitely, it's been exciting for me to meet Ryu and speak the tiny little bit of Korean that I can speak. We're very excited to have Ryu here with us because of the talent that he has and because of the person he is."

While major league teams all have international rosters -- in addition to Ryu, the Blue Jays' camp roster includes players from Canada, Japan, Panama, Venezuela and the Dominican Republic -- diversity in the coaching staff or in the front office is still a rarity. But Kim, having grown up in a town with few Koreans, said he's grown accustomed to being a visible minority in whatever field he finds himself.

"The most important thing is to be the best coach and best director of player development that I can possibly be in order to help these players, regardless of where I come from," he said. 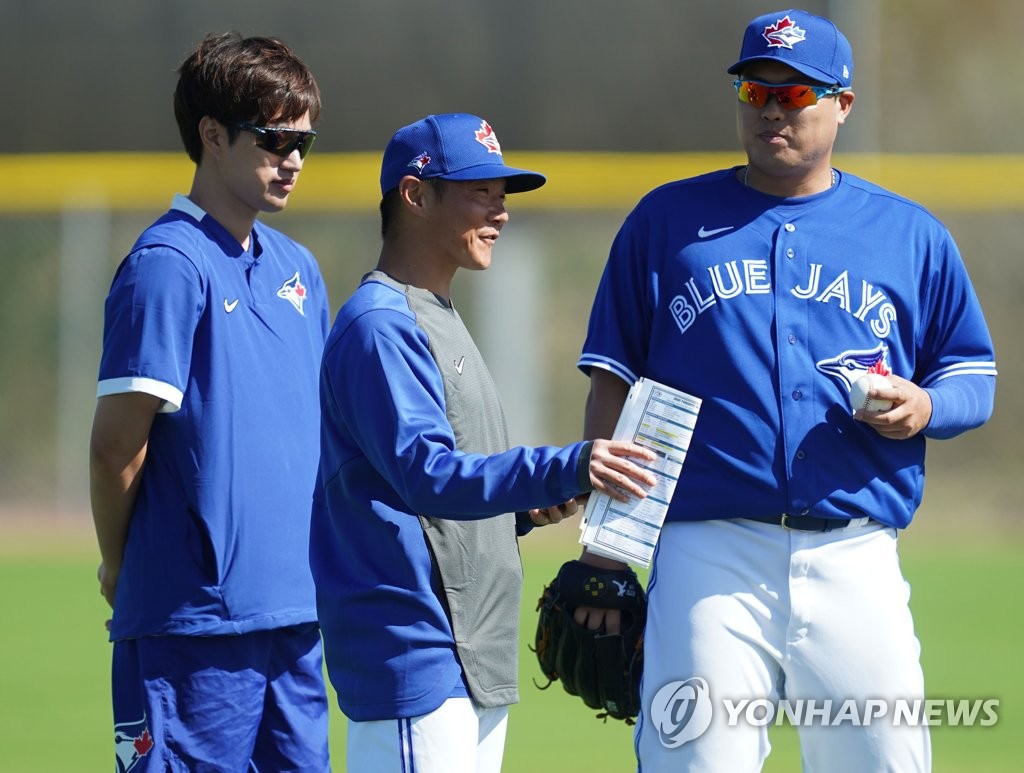 And helping players -- not only developing raw talent but also ensuring unceasing improvement for well-established ones -- is the main responsibility for Kim.

"Regardless of how young or old you are, regardless of how many years of experience you have, at the end of the day, everybody wants to continuously improve," Kim said. "To play this game at the highest level possible, to where we're sustaining a winning team year in and year out, it's going to take continuously improving and continuously staying open minded to what other ways and perspectives can we use, and what other resources can we use to get better."

Kim, former international scouting director for the Texas Rangers, has been with the Blue Jays since January 2016. He was promoted to the coaching staff on Feb. 6 and will be in the dugout decked out in uniform this season while retaining his title is player development director.

Kim said what he wears to work may have changed -- he said the first day of camp with him in uniform created some "fun, icebreaking moments" with players who were used to seeing him in civvies -- but the ultimate goal remains the same.

"The clear similarity is that at the end of the day, my role and really everyone's role here in the (player development) department is to help people get better," Kim said. "It's to help players maximize their potential both on and off the field. While working in player development and also with big league team, it's still the goal to contribute in a way where people are getting better." 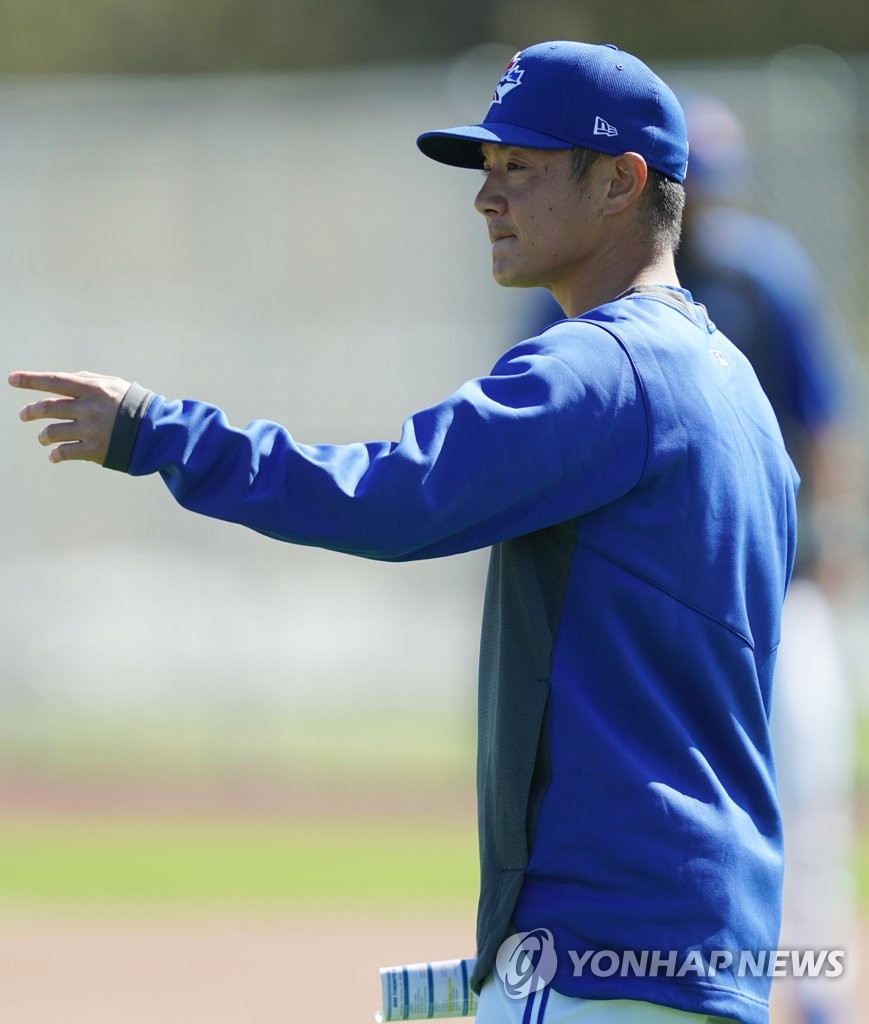 Kim said he, too, has "a ton to learn" in his new position. The former Vanderbilt player, whose journeyman playing career took him to Spain and Venezuela, has hit fungo and done soft toss for players in the cage. He and the coaching staff are still figuring out the best ways in which Kim can help.

"Right now, it's supporting each coach however I possibly can," he said. "We have a big league staff that I am really excited to work with and learn from. I know there will be some bumps along the way and hopefully, I can lean on our staff and our players and hopefully I can make adjustments as quickly as possible."