DUNEDIN, United States, Feb. 16 (Yonhap) -- The bitter sporting rivalry between South Korea and Japan is well chronicled, but there were no signs of animosity between a South Korean pitcher and a Japanese hurler at spring training for the Toronto Blue Jays here on Saturday. 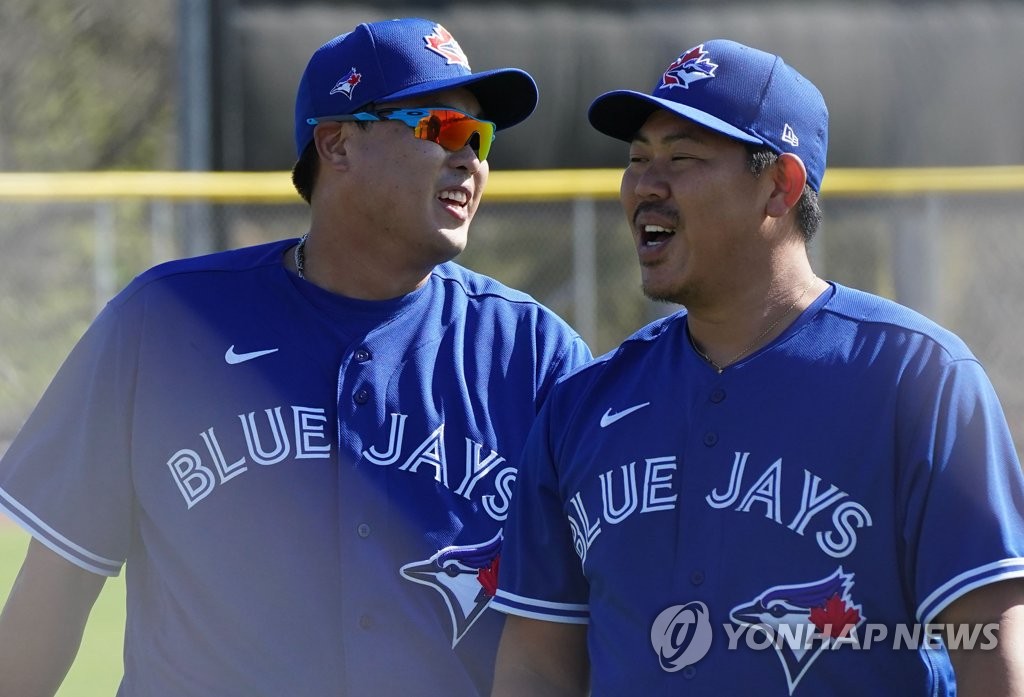 Both 32, the two pitchers have taken different routes to join the Blue Jays. Ryu spent the past seven years with the Los Angeles Dodgers and is coming off a banner season in which he led all of baseball with a 2.32 ERA and finished second in the National League Cy Young Award voting. Ryu signed a four-year, US$80 million deal in December, becoming the highest-paid pitcher in franchise history, and will most likely start the Opening Day on March 26.

Yamaguchi is coming over from Japan's Nippon Professional Baseball (NPB). With the Yomiuri Giants in 2019, Yamaguchi led the NPB's Central League in wins (15) and strikeouts (188). He signed a two-year deal worth $6.35 million via posting, and is in a battle for the fifth spot in the rotation.

The difference in their status on the team may be as wide as the difference in numbers on their jerseys, but Ryu, who wears No. 99, and Yamaguchi, who has No. 1, are becoming fast friends. 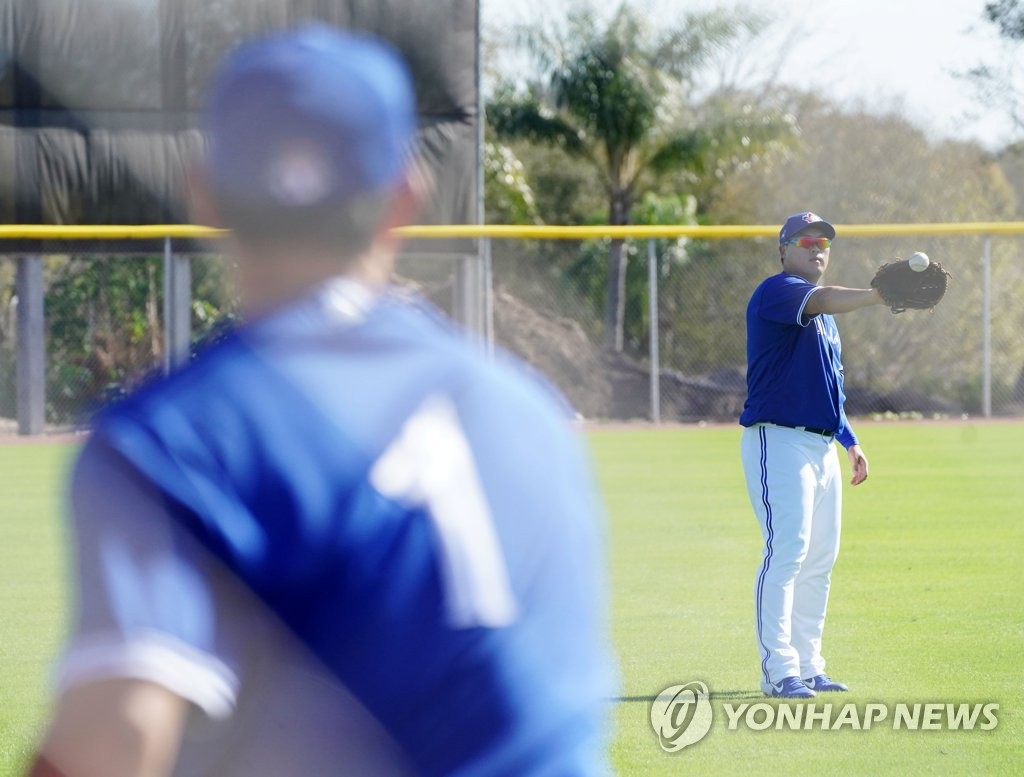 Ryu has become a mentor of sort for Yamaguchi, with no other Asian pitcher participating in camp at TD Ballpark. On Friday, the two talked about preparations for the season, with Ryu advising Yamaguchi not to overextend himself in spring and to adjust his workload so that he won't be throwing 100 pitches in a February bullpen session.

Ryu apparently sees a bit of his old self in Yamaguchi, for the South Korean veteran had his ups and downs during his first spring training with the Dodgers seven years ago.

Ryu is scheduled to throw his second bullpen session of spring on Sunday. He made 33 pitches in the first session on Thursday.

Ryu and his coaching staff have kept mum about the pitcher's exhibition game schedule. The Jays' first game will be a road game against the New York Yankees on Feb. 22. 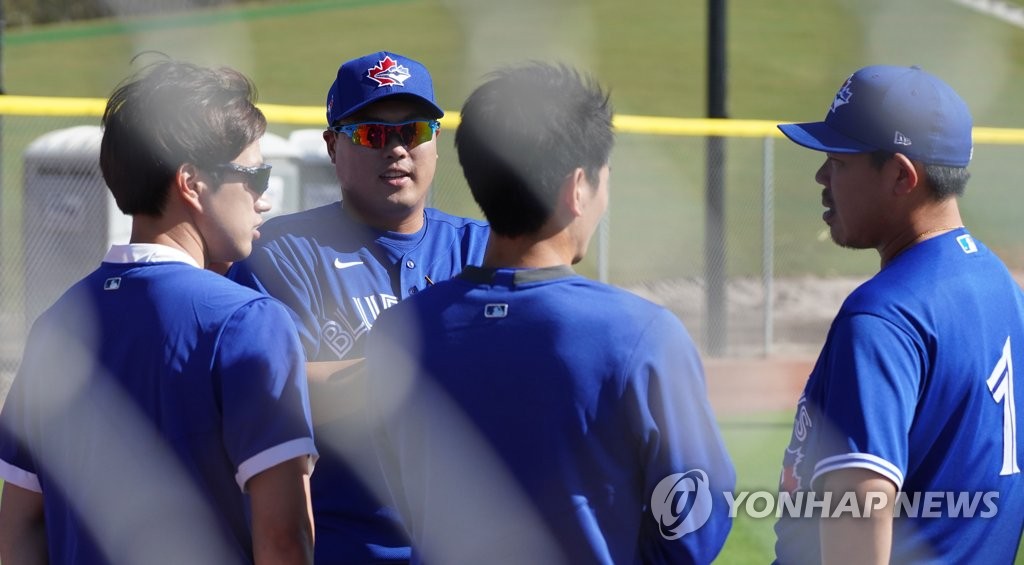