(ATTN: UPDATES with more info in para 8 and 9, ADDS photos)
By Yi Wonju

Kim paid tribute at the Kumsusan Palace of the Sun, where the bodies of his late father and former leader, Kim Jong-il, and his grandfather and founding leader, Kim Il-sung, are enshrined, the official Korean Central News Agency reported.

Kim "visited the Kumsusan Palace of the Sun on the occasion of the Day of the Shining Star, the greatest auspicious holiday of the nation," the KCNA said, referring to the late leader's birthday by its official name in the communist nation.

Sunday marks the 78th birthday of the late leader.

The KCNA did not say when the visit was made, but given that Kim usually pays such visits at midnight on the eve of the anniversary, it is likely he visited at midnight on Saturday night this year.

The mausoleum visit came 22 days after he was last seen in public at a concert in Pyongyang celebrating Lunar New Year's Day on Jan. 25. Kim's absence from state media reports had raised speculation it had something to do with concerns over the new COVID-19 virus.

Close aides accompanied Kim on his visit to the mausoleum -- namely the North's No. 2 leader, Choe Ryong Hae, and former North Korean Premier Pak Pong-ju, considered No. 3 in Pyongyang's power hierarchy -- according to the KCNA.

The number of aides accompanying Kim appears to have been scaled down markedly, compared with previous years, in what could be seen as a precautionary measure against the new coronavirus, though the communist nation has not reported any confirmed case yet.

Kim has visited the mausoleum every year to pay his tribute since he came to power after the death of his late father in late 2011. 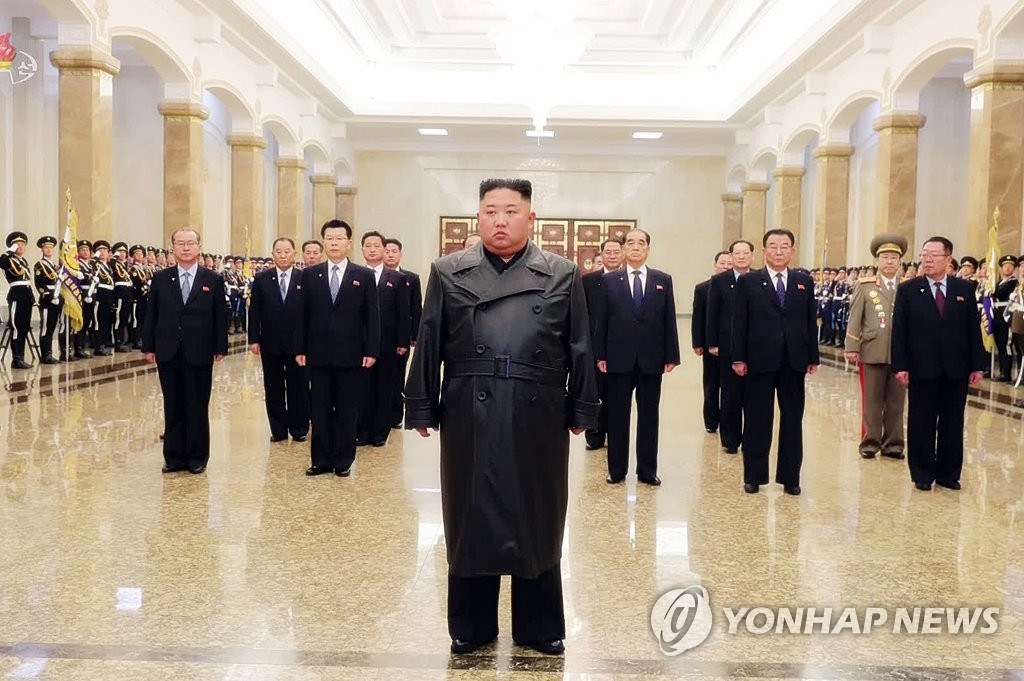