MUNICH/SEOUL, Feb. 16 (Yonhap) -- The South Korean and Chinese foreign ministers have agreed to cooperate in dealing with the new coronavirus and continue to push for a visit to Seoul by Chinese President Xi Jinping in the first half of this year, officials said Sunday.

The pledge was made during bilateral talks between Foreign Minister Kang Kyung-wha and her Chinese counterpart, Wang Yi, on Saturday on the sidelines of the annual Munich Security Conference.

Kang expressed her hope that the spread of the COVID-19 outbreak could be contained soon in China and asked for Beijing's continued support in South Korea's efforts to protect its people and businesses in China.

Expressing gratitude to the Seoul government for its support, Wang Yi stressed that his country will work closely with South Korea in responding to the virus.

"I and Minister Wang Yi reaffirmed that we will continue to push for President Xi's visit to South Korea in the first half of this year just as we've agreed upon," Kang told reporters after the meeting.

Other details, including the exact date, require further arrangement, she added.

Last year, the South Korean presidential office Cheong Wa Dae affirmed that Xi will visit South Korea in the first half of 2020. But speculation has mounted that the trip might be postponed due to the novel virus.

"Jointly overcoming the difficulties, the two ministers agreed to work closely for high-level personnel exchanges so as to further consolidate the basis of the bilateral friendship and relations," Seoul's foreign ministry said in a release.

Kang also asked for China's participation in the upcoming summit of the Partnering for Green Growth and the Global Goals 2030 (P4G) set to be held in June in Seoul. In response, the Chinese minister said the country will review the matter seriously, according to Seoul's foreign ministry.

"The two ministers also reaffirmed their countries' will to cooperate for practical progress in the peace process on the Korean Peninsula and vowed close communication," the ministry said in a release. 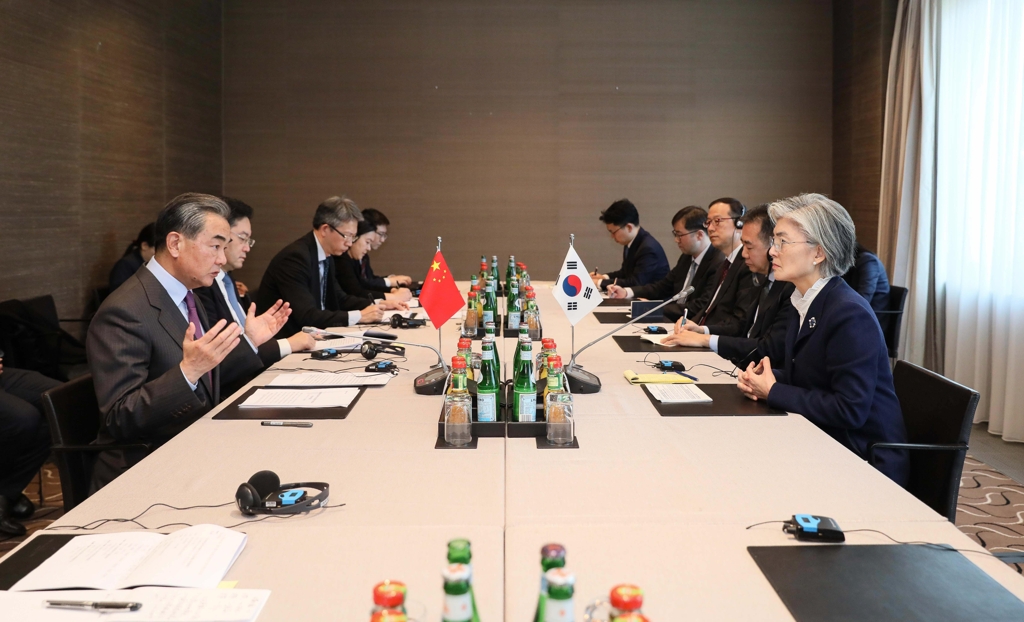