SEOUL, Feb. 16 (Yonhap) -- Another group of 334 South Koreans evacuated from the Chinese city of Wuhan, the epicenter of the coronavirus outbreak, were released from two weeks of quarantine on Sunday after they all tested negative for the novel coronavirus.

They were airlifted out of Wuhan on Feb. 1 on the second of the three chartered flights that South Korea mobilized to evaucate its people from the virus-ravaged Chinese city. The first flight brought 336 people home on Jan. 31.

The first group of evacuees were released from quarantine and returned home on Saturday.

The second group had been kept in isolation in Asan, 90 kilometers south of Seoul. The group included one non-evacuee who stayed there to take care of his two children.

Of the 701 people airlifted in the first two flights, only two were infected, with none of the 147 people brought back Wednesday on the third chartered flight testing positive for the coronavirus, dubbed COVID-19, so far.

The KCDC said that as a precautionary measure, all evacuees have been told to carefully check themselves for signs of illness and report any developments to the medical authorities.

They are to be issued a medical certificate saying they have been checked for the virus and will be contacted 2-3 times per day to see how they are getting along after being released from quarantine.

South Korea has reported 29 confirmed cases of the coronavirus as of Sunday morning. 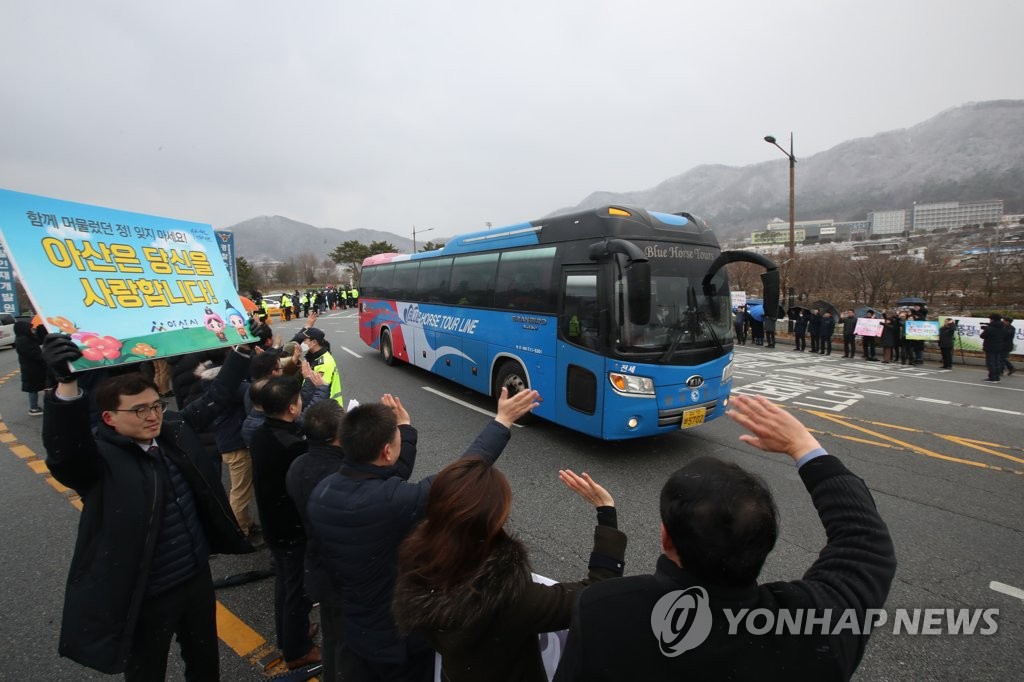