The remains were either recovered in joint excavations between the U.S. and North Korea from 1996-2005 or handed over by North Korea to the U.S. following the first summit between U.S. President Donald Trump and North Korean leader Kim Jong-un in Singapore in June 2018.

Seoul and Washington carried out forensic identification on the remains of the presumably Asian troops retrieved by the U.S. from the North in Hawaii, as well as on those returned by the North, and identified the South Koreans, according to the officials.

The U.S. Defense POW/MIA Accounting Agency (DPAA) plans to return them to South Korea around April, and South Korea will send special military jets to bring them home.

Upon arrival, the defense ministry will carry out a further identification process to send them to their loved ones, the officials added.

This year marks the 70th anniversary of the outbreak of the Korean War, in which South Korean, American and other international soldiers fought to repel invading Chinese and North Korean forces. 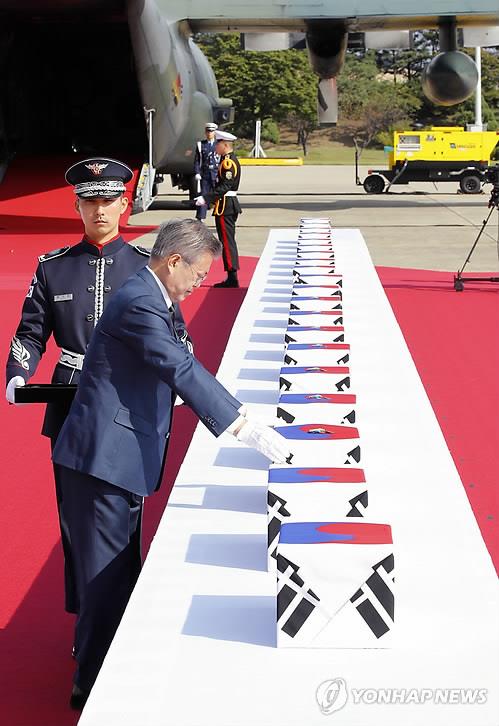