SEOUL, Feb. 16 (Yonhap) -- South Korea has been chosen to chair the committee of UNESCO's convention on the diversity of cultural expression, the culture ministry said Sunday.

The decision was made during the committee meeting of the 2005 UNESCO Convention on the Protection and Promotion of the Diversity of Cultural Expressions held at the organization's headquarters in Paris last week.

Next year's meeting will take place in February, and it will be presided over by South Korea's Culture Minister Park Yang-woo, according to the ministry.

"We will launch more active discussions in the international arena on related policy measures and share such good examples with partner nations with a goal to further promote cultural diversity across the globe and to strengthen South Korea's public diplomacy," Park said.

During last week's meeting, many representatives of foreign countries sent congratulatory messages to South Korea for the film "Parasite" winning four Oscars and asking for the country to share its knowhow regarding the advancement of its cultural sector, the ministry said.

As a binding international legal instrument adopted by the UNESCO General Conference in 2005, the convention calls for measures to guarantee the diversity of cultural expression. It has more than 140 parties, with South Korea joining it in 2010. 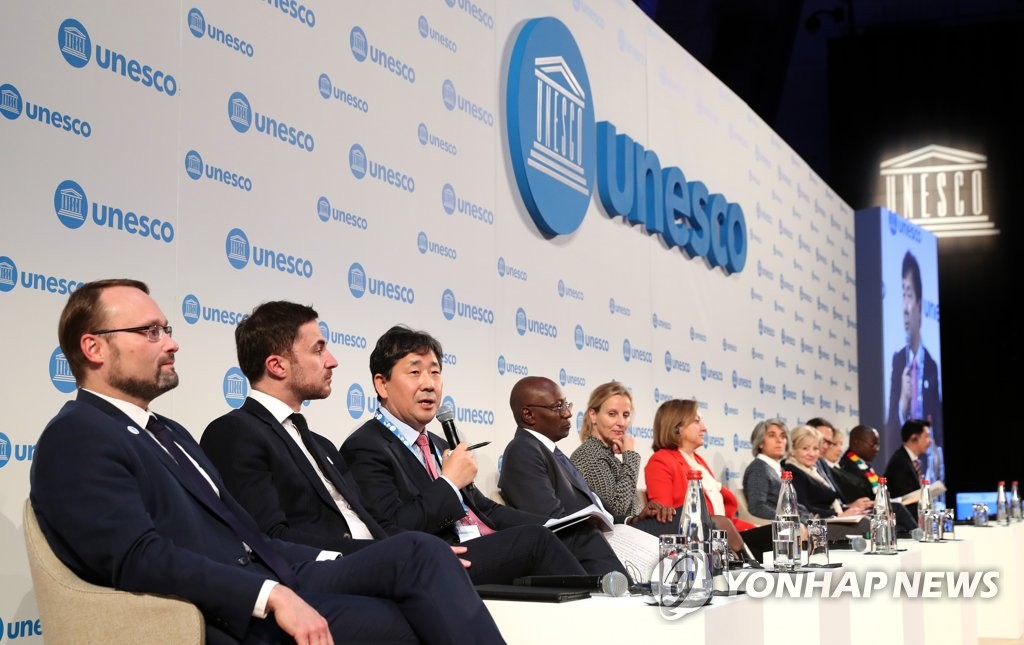