SEOUL, Feb. 16 (Yonhap) -- The South Korean government said Sunday that it is considering repatriating its nationals aboard a quarantined cruise ship moored off the coast of Japan.

Since the Diamond Princess was quarantined at Yokohama Port earlier this month after confirming an infection of COVID-19, 14 Koreans -- nine passengers and five crew members -- have remained inside the ship.

The Japanese government announced a plan to release passengers who test negative for the contagious virus from Wednesday.

"Even before Feb. 19, we will go on with plans to bring back our nationals who test negative and want to come to South Korea," Health Minister Park Neung-hoo said in a briefing. "We will first check their intention and cooperate with the Japanese government."

He said the Seoul government will give full support to all Korean passport holders on board even if they do not want to return to Korea.

Currently about 3,400 people from more than 50 countries are aboard the ship, with hundreds of former passengers having disembarked due largely to old age or infection with the novel virus. 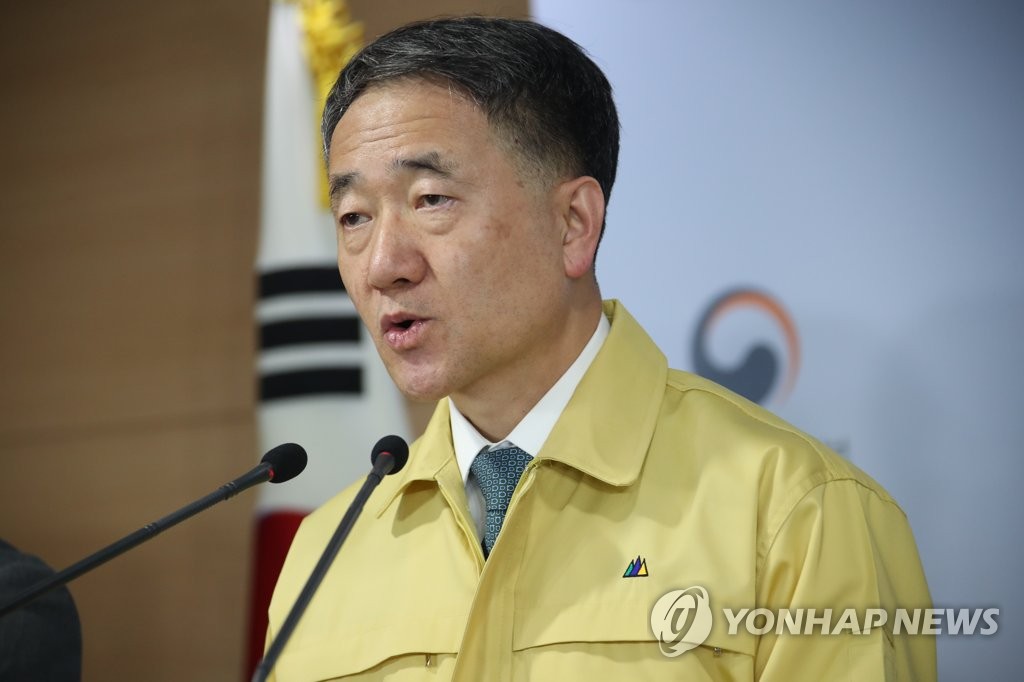 The health minister also said that the government is not currently mulling designating Japan as a contaminated place. The designation mandates stricter quarantine screening on entrants from the country.

"Currently, Japan has reported infections in limited regions, so the government is not considering plans to designate Japan as a contaminated area," said Park.

Passengers from Hong Kong, Macao and mainland China currently have to undergo special quarantine procedures upon arrival at a South Korean port of entry.

Japan had reported 41 confirmed coronavirus cases as of Saturday.

Meanwhile, the South Korean education ministry said it will recommend Chinese students studying in Korea refrain from coming to Korea and take a break for the coming semester.