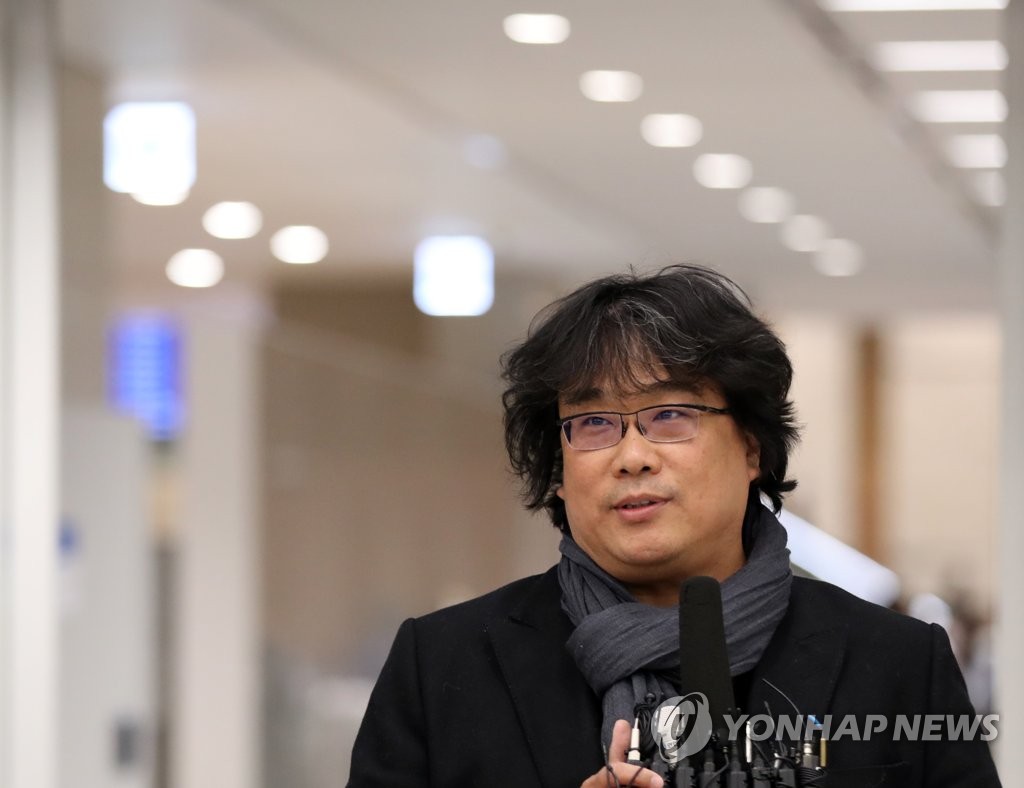 "Thanks to so many of you for greeting me, despite the cold weather," Bong told hundreds of reporters, photographers and fans that were waiting for the director at Incheon International Airport, west of Seoul. "I'm also so sorry for having bothered you many times since the Cannes Film Festival in May last year."

He has collected dozens of trophies from film critics associations and awards shows, including the Golden Globes and British Academy Film Awards.

"It was a long journey in the United States and I felt lighthearted as I wrapped it up," he said. "Now I'm happy that I can quietly return to my original work of creating."

He also appreciated the South Korean people's efforts to cope with the novel coronavirus COVID-19. South Korea has reported 29 confirmed cases of the contagious virus as of Sunday.

"I would like send a round of applause back to all Koreans for dealing so well with the coronavirus," he said. "I will join the effort to overcome the corona by washing my hands diligently."

Bong will have a press conference in Seoul on Wednesday with film crew members, actors and actresses.