Their shining moment as teenagers came in Seoul in 2012, when they helped the United States to the gold medal at the 18U Baseball World Championship -- now called the U-18 Baseball World Cup.

The number may not seem much, but it was still the biggest crowd that Biggio, the second baseman, had played before in a game until he got to the big leagues in 2019.

"It was a lot of fun. I'd never been over to that side of the world before. The city was a lot of fun. It was really amazing and really clean," Biggio told Yonhap News Agency inside the clubhouse at TD Ballpark in Dunedin, Florida. "They welcomed us with open arms and treated us very nicely." 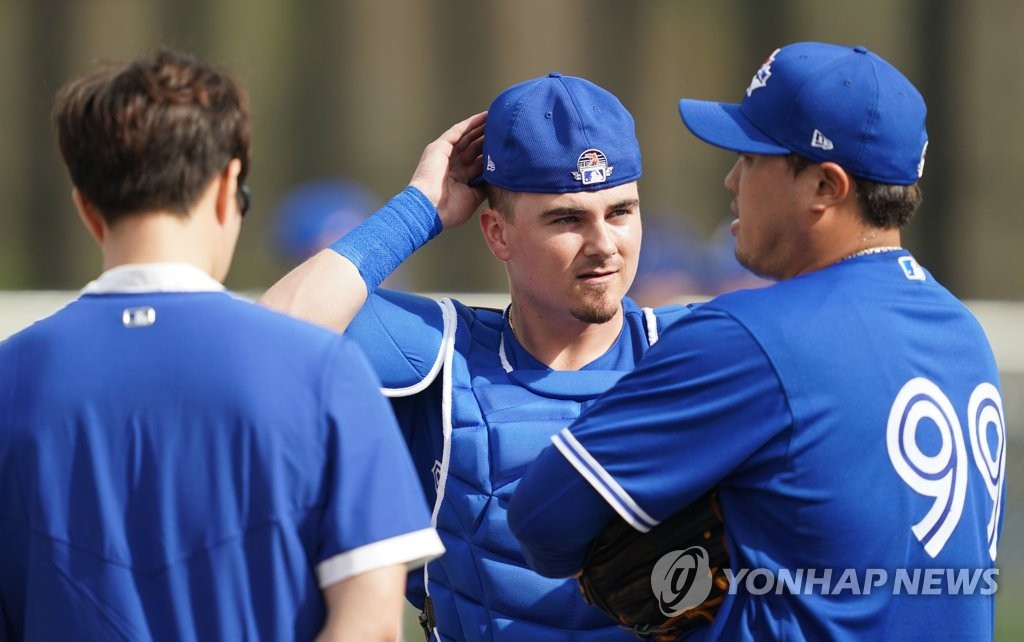 Biggio, whose locker is located right across from Ryu's, said he took away so much from the tournament.

"I think (representing the U.S.) helped out a lot with just having the mindset of, 'Nothing matters besides winning,'" he said. "I think sometimes that gets lost in the development of young players, especially in the minor leagues. I don't care if I am playing or if I am hitting ninth, or playing in right field. I have to do my part, and I have to help win the game not only for me and my team but also the country I am representing on my chest. It was a really cool experience."

McGuire, who caught Ryu's first bullpen session of spring Thursday, said being in a foreign country at that age was an eye opener. As he had trouble doing something as simple as finding food to eat or communicating with people who didn't speak the same language, McGuire developed an appreciation for struggles that foreigners in the U.S. go through on a regular basis.

"You have the experience of knowing what it's like to be in a country where you don't speak the same language, and you're trying to go about the way of life," McGuire said. "You don't think about those things, and how natural they come here for us. It puts it in the perspective of foreigners that are in America. It was, all around, an amazing experience."

McGuire recalled he and his teammates all competing with a chip on their shoulders, after being labeled as an underdog at the start of the tournament.

"I remember, after the media day, Scott Brosius came back with a little bit of intensity, basically saying, 'Hey, everyone is counting us out. They don't think we're going to compete out here. So let's go out and prove to the world that we have a shot at winning this thing,'" said McGuire, talking about the team's manager. "It was an honor, for sure. It was bigger than the name on the back. It was all about the name on the front, USA. The national anthem was so special it almost gave me goosebumps pretty much every time I heard it."