DUNEDIN, United States, Feb. 16 (Yonhap) -- He no longer has the flowing locks and facial hair that once made him a cult hero among South Korean baseball fans, but Zach Stewart, currently serving as a minor league coach for the Toronto Blue Jays, still harbors fond memories of the time he spent in the Korea Baseball Organization (KBO).

The former NC Dinos right-hander reeled off names of his old KBO teammates, both Korean and American, while allowing himself to feel nostalgic.

"Playing with the two Erics, Eric Hacker and Eric Thames, was fun. I loved all my teammates," Stewart told Yonhap News Agency on Sunday inside the clubhouse at TD Ballpark here in Florida. He has been throwing live batting practices this week.

"Lee Jae-hak was one of my favorite teammates. Kim Tae-gun, my catcher, and Na Sung-bum. ... I had a good time," Stewart added. 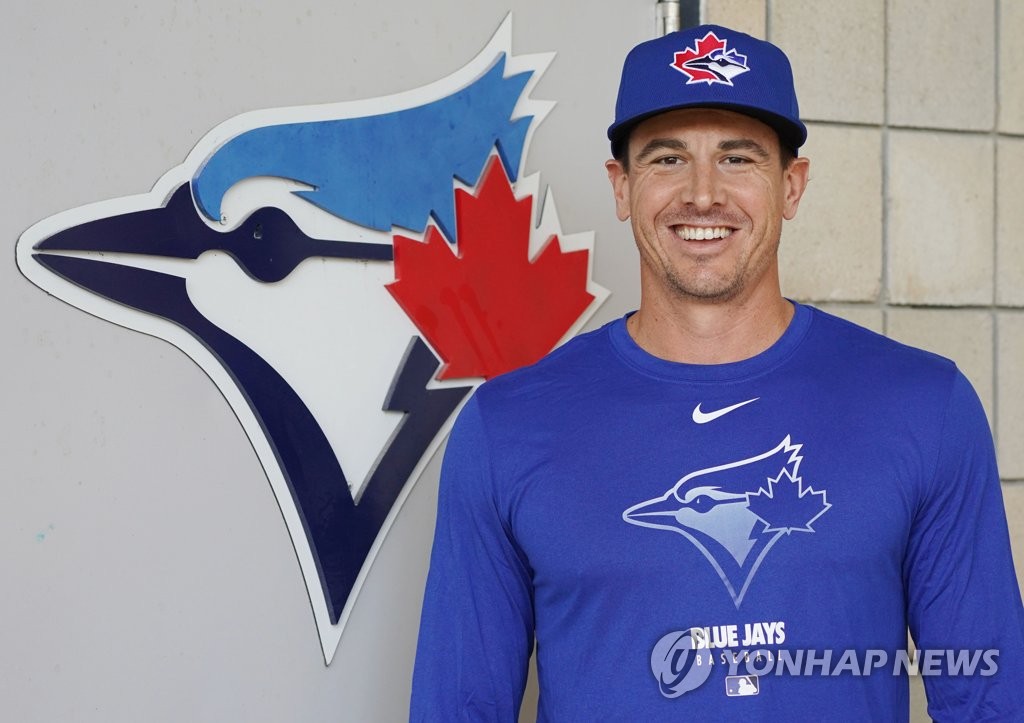 The Dinos made the postseason in both of Stewart's seasons in 2015 and 2016, including the team's very first Korean Series appearance in 2016. Stewart said the thing he misses the most about the KBO was "winning."

Stewart made his big league debut with the Blue Jays in 2011 and went on to also pitch for the Chicago White Sox and the Boston Red Sox before taking his talents to South Korea.

After a season in the Baltimore Orioles' Triple-A affiliate in Norfolk, Stewart rejoined the Blue Jays organization in 2018, pitching for the Triple-A club in Buffalo.

Stewart was playing some indy ball when the Jays came calling last year about a coaching opportunity.

"The Blue Jays noticed that the KBO and Nippon Professional Baseball (in Japan) were doing a lot of live pitching, and they were hiring those pitchers," Stewart said. "They saw that this was how they were training, and it seemed to be working. So they said, 'Let's see if we can do something like that.'"

Stewart said he's been mostly working with hitters and hitting coaches, an experience he called somewhat "weird" as a former pitcher. 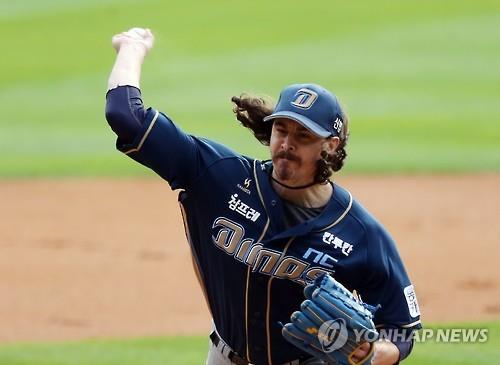 "It's fun to see the other side of the game," he said. "Anything pitchers need, I can give them my helping hand."

In addition to his pitching expertise, Stewart also brings a fresh perspective he developed on baseball while pitching in South Korea.

"You go to a country where the culture is different and the language is different. The game may be very similar, but you have to try to adapt," he said. "There are outside factors that you're not used to when you're not playing in your home country. And it makes you see all the foreign players you played with (in the U.S.) and, 'Oh, wow, this is what they go through.' It opens your eyes a little bit."

But above all, Stewart simply enjoyed competing in the KBO.

"My main take away from the KBO was fun," he said with a smile. "I had a blast playing over there."