The South Korean attacker grabbed a brace against Aston Villa at Villa Park in Birmingham, England, on Sunday (local time), with his second goal in stoppage time sealing a 3-2 victory.

The 27-year-old has also surpassed the half-century mark in career Premier League goals with 51.

The victory lifted Tottenham to fifth place on the table with 40 points, just one behind Chelsea for the fourth and the final spot for UEFA Champions League qualification. Chelsea have one match in hand.

"It's really amazing. Winning is always positive, especially how we won," Son told Spurs TV. "A better afternoon is impossible. The lads did a really good job. I am very proud."

With the score tied at 1-1, Son scored his first goal by pouncing on a rebound off his own penalty, after Pepe Reina made the initial save. It gave Tottenham the lead just before halftime.

The lead was shortlived, as Bjorn Engels headed home a Jack Grealis cross to level the score at 2-2. 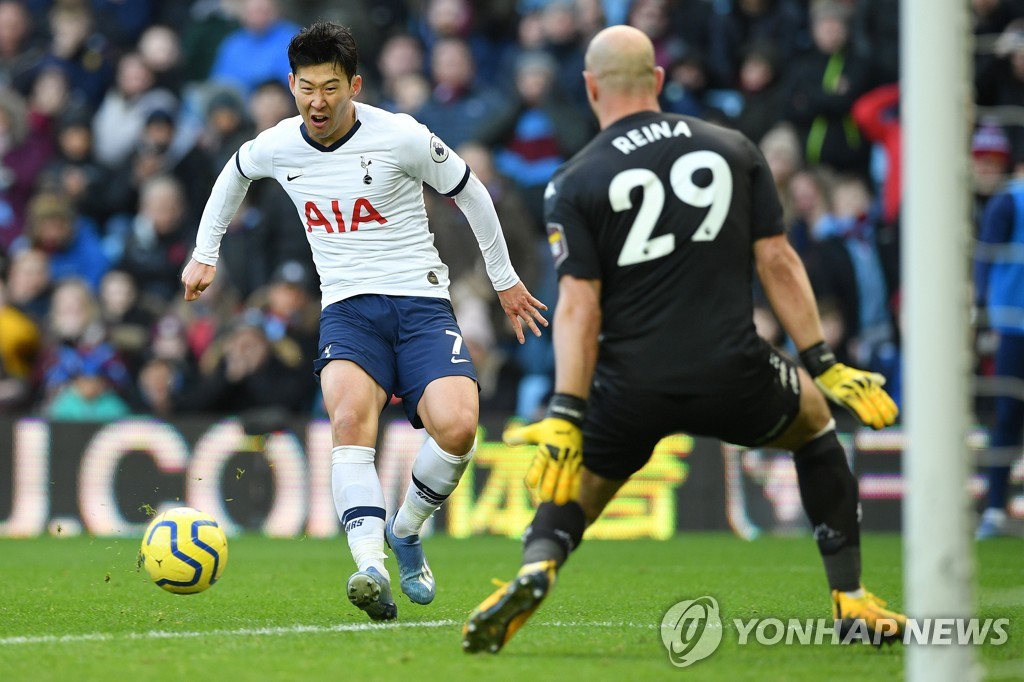 Son finished off Aston Villa deep in stoppage time, when Engels botched a clearing attempt and the South Korean forward struck one past Reina.

"We didn't start well, they had a couple of chances, but we didn't give up," Son said. "I think the lads deserved the win. There have been a few games when we bounced back when we were down 1-0 or even 2-0. This shows a really good character for our squad."

As for reaching the 50-goal plateau in the Premier League, Son said: "Without the team and supporters, I think it's impossible. I want to share this feeling with fans in South Korea and the lads." 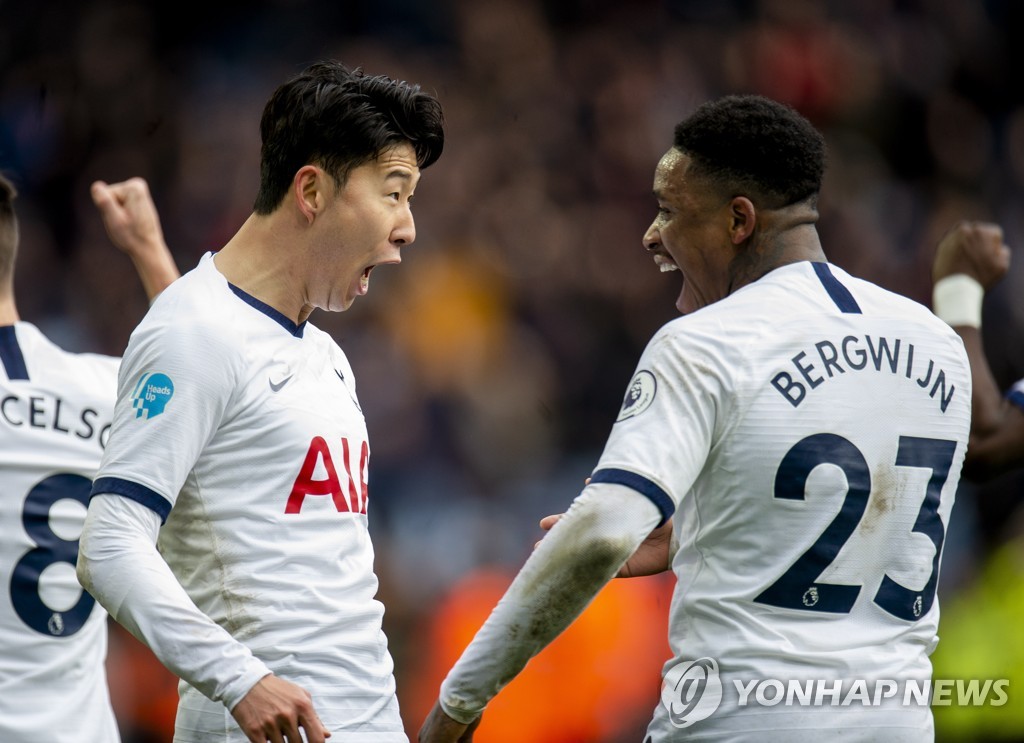