SEOUL, Feb. 17 (Yonhap) -- South Korea will provide 300 billion won (US$253.5 million) in emergency loans to local budget carriers, which have been suffering from the economic fallout of the spread of the new coronavirus, Finance Minister Hong Nam-ki said Monday.

Budget carriers will also be exempted from paying airport usage fees, Hong told a meeting with economy-related ministers earlier in the day. 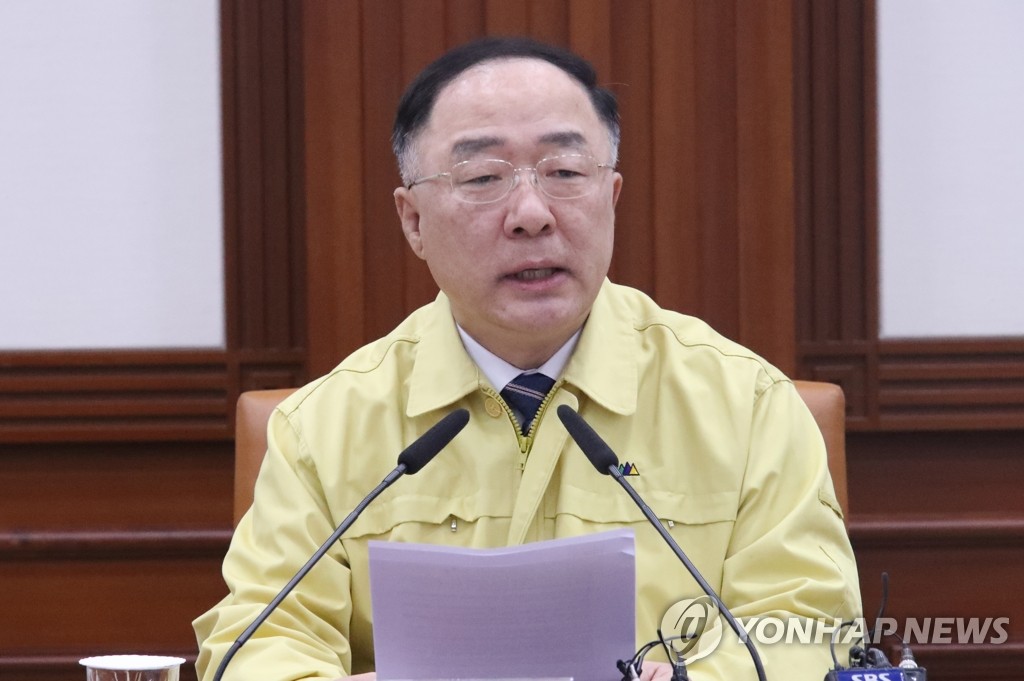 South Korea's tourism and aviation sectors are expected to take a harder hit from the COVID-19 virus outbreak, as a large proportion of visitors come from China.

More than 80 percent of flights between South Korea and China have been halted or cut due to concerns over the spread of the virus.

The government will set up a fund of 60 billion won to help support the nation's shipping industry, Hong said.

The government will encourage banks to offer 50 billion won in loans with an annual interest rate of 1 percent to small tourism companies, Hong said.

The country has reported 29 confirmed cases of the virus so far, with nine patients fully recovered from the illness.