SEOUL, Feb. 17 (Yonhap) -- The National Assembly kicked off its extraordinary session for February on Monday, with parliamentary responses to the new coronavirus outbreak likely to top the agenda.

The 30-day session will be the last parliamentary extra session to be held before the April 15 general elections.

Calls for a legislative role in handling the virus, officially dubbed COVID-19, are growing as the country has reported 30 confirmed infections.

The ruling Democratic Party (DP) said it will prioritize the passage of a proposal to revise the quarantine act and other key bills on bread-and-butter issues.

The most notable bill among the 244 pending proposals is a measure to revise the quarantine act to beef up the country's capability to cope with new contagious diseases.

The bill, submitted by Rep. Ki Dong-min of the DP in October 2019, would permit the government to flexibly designate areas needed for quarantine based on the risk posed by an infectious disease.

Rival parties have failed to narrow the gap over details of the launch of a bipartisan parliamentary panel on the virus.

Against this backdrop, the public health committee plans to hold a meeting Tuesday to discuss a package of three bills to respond to the COVID-19 virus with a view to passing them at a plenary session set for next week.

The main opposition Liberty Korea Party (LKP), meanwhile, wants to highlight tensions between the justice minister and the prosecution over reform measures and election-meddling allegations by the presidential office.

As for the coronavirus, the LKP is expected to denounce the government for its reluctance to expand a travel ban on foreigners coming from Hubei province, the epicenter of the virus, to include those arriving from other areas of China.

The National Assembly is scheduled to hold three days of interpellation sessions starting on Feb. 24. Plenary sessions are set for Feb. 27 and March 5. 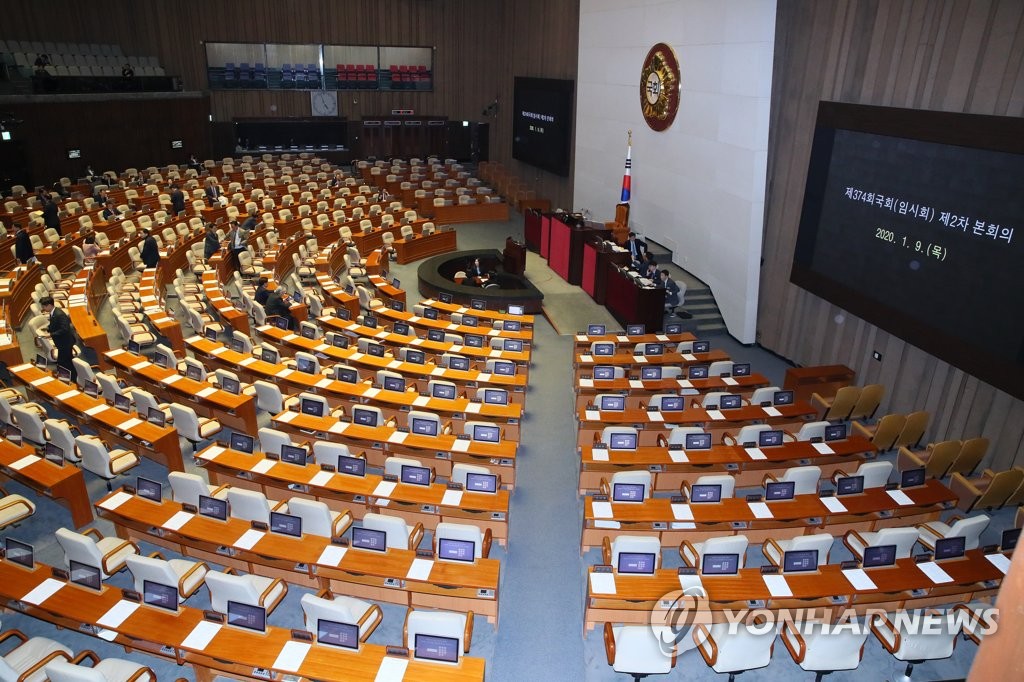