SEOUL, Feb. 17 (Yonhap) -- A proposal to merge three minor parties hit a snag Monday as the chief of the opposition Bareunmirae Party (BP) suspended the review of its approval, claiming that the move could deepen regionalism.

The BP, the Party for Democracy and Peace (PDP) and the New Alternative Party jointly announced a plan Friday to unite for the April 15 parliamentary elections, eyeing becoming the third-largest political bloc sharing support bases in the southwestern provinces of North and South Jeolla.

But BP chairman Sohn Hak-kyu rejected the approval of their agreement to launch the tentatively named Democratic Unity Party, saying that drawing moderate and reform-minded younger faces should be prioritized.

"The creation of a new party based in the Honam areas can never become a new thing. (A move to spark) regionalism for the elections cannot be our choice," Sohn said at a meeting of the party's leadership council.

But Sohn's remarks will inevitably draw criticism as he was the one who proposed the merger to the two other parties.

The BP has 17 lawmakers and the PDP has four National Assembly seats. The New Alternative Party holds seven parliamentary seats.

The BP has been dwindling since Rep. Yoo Seong-min left the party with seven other lawmakers. Ahn Cheol-soo, a former presidential candidate, also defected from the BP to create his new party.

Despite Sohn's effective veto, lawmakers of the three minor parties plan to continue their talks to form a floor negotiation bloc, which requires at least 20 parliamentary seats.

Even if seven BP lawmakers known to be loyal to Ahn leave the envisioned merged party, it would still be able to launch a formal negotiating body at the unicameral parliament.

"Separately from an integration move, it is needed to create a negotiation bloc to deal with an extra parliamentary session for February," Rep. Park Joo-hyun of the PDP said. 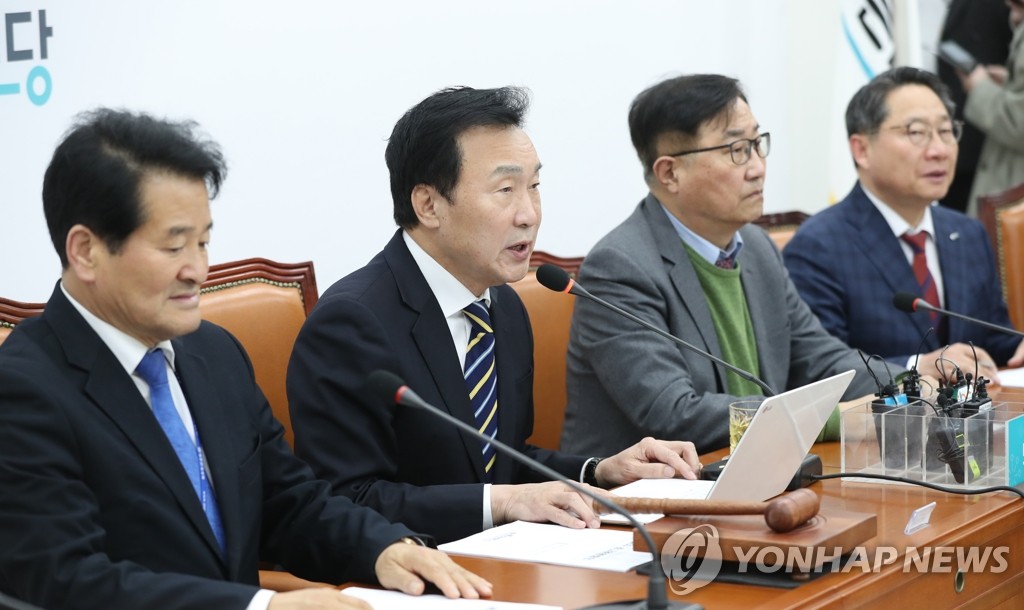