"The company will come up with self-rescue programs this week as external downside factors continue to weigh on the business," a company official said over the phone. 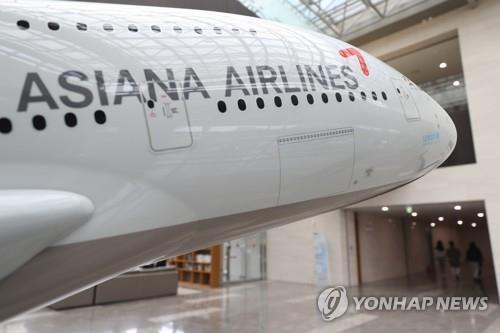 South Koreans have increasingly opted not to travel to Japan since July when the neighboring country tightened regulations on exports to South Korea of three key materials used in making chips and displays.

In August, Japan officially removed South Korea from its list of countries given preferential treatment in trade procedures.

"On top of woes on the Japanese routes, the company is now faced with another worry, the spreading coronavirus outbreak, which is weighing on travel demand further," he said.

Since emerging from the Chinese central city of Wuhan in late December, the COVID-19 virus has killed at least 1,770 people in mainland China and reached over 20 countries, including as far away as the United States.

Asiana to announce self-rescue plans this week amid virus

Asiana to announce self-rescue plans this week amid virus