The United Future Party (UFP) set sail as the LKP approved a move to unify with the New Conservative Party and Onward for Future 4.0 last week.

The move is aimed at mustering conservatives to challenge the liberal Moon Jae-in government for the April 15 elections.

The merger came about three months after LKP Chairman Hwang Kyo-ahn announced an ambitious bid for conservative parties to join forces to seek an election victory.

Hwang, who will lead the UFP as chairman, called for efforts to move toward an election victory against the liberal government.

"Our integration has ignited the passion for judging the government. Let's muster the force of unity and overthrow the Moon administration," Hwang said at a ceremony to mark the creation of the party. 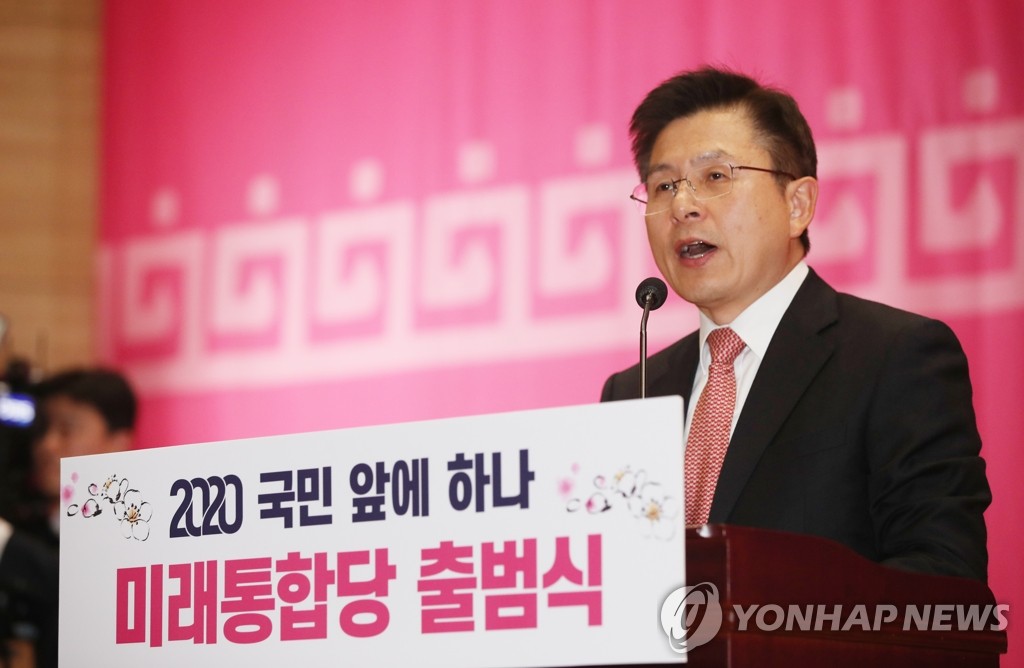 The New Conservative Party was launched in early January by Rep. Yoo Seong-min and seven other lawmakers who defected from the minor opposition Bareunmirae Party (BP). Yoo previously left the Saenuri Party, the predecessor of the LKP, over Park's scandal.

The main task for the new party will be to attempt to shed the image of being associated with the legacy of the scandal-hit former President Park and attract moderate voters.

The pro-Park faction and some LKP members seeking a "grand integration" raised the need to join hands with the ultra-right Our Republican Party, which strongly supports Park.

But lawmakers from the New Conservative Party, who previously pushed for Park's impeachment, do not want to embrace the Taegeukgi forces, or loyalists for Park. The word was coined after Park's supporters held street rallies to call for her release, carrying the Taegeukgi, the national flag.

It still remains to be seen whether the country's second-largest party will join hands with Ahn Cheol-soo, a former presidential candidate who seeks to create a new middle-of-the-road party.

Ahn, once popular with his "new politics" mantra, defected from the minor BP last month. He has rejected the idea of joining hands with the LKP.

The governing DP and other opposition parties cast doubts that the creation of the UFP would amount to nothing but the return of the Saenuri Party.

The DP said it anticipates the launch of the UFP to become the starting point of overhaul and reform in the conservative bloc.

"But if the party wants to show the overhaul and reform and impress the people, it should not become a political party hastily made for the election and return to the Saenuri Party," Rep. Hong Ihk-pyo, DP spokesman, said in a statement.

The minor New Alternative Party said the UFP should give a clear answer over how it will overcome the stigma stemming from Park's impeachment. 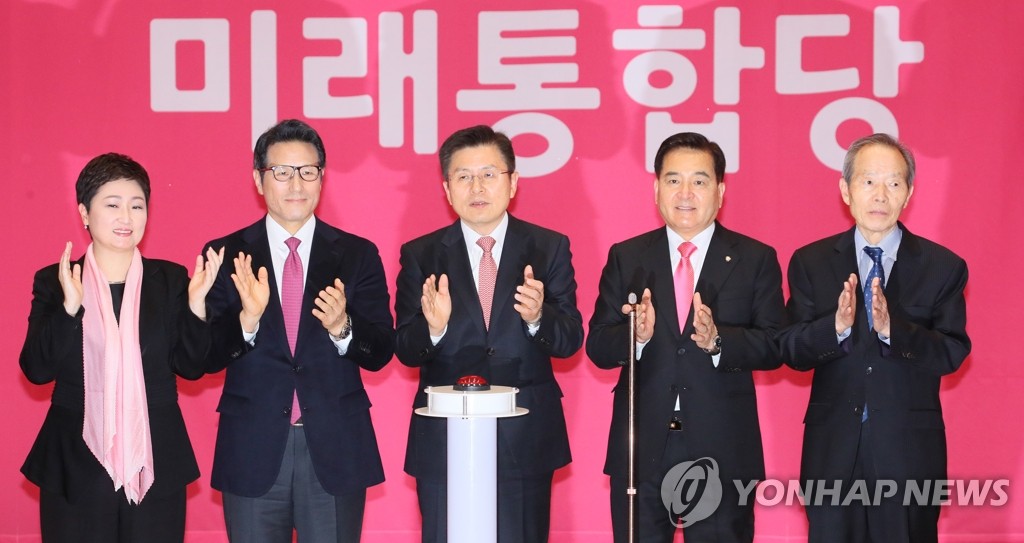