SEOUL, Feb. 17 (Yonhap) -- The defense ministry denied a new report Monday that the military failed to detect signs of a North Korean rocket launch last year as a maritime intelligence-gathering device was out of service at the time.

The vernacular daily Joongang Ilbo reported that key parts of the wiretapping equipment broke down around February and took three months to fix as the broken parts had to be sent to Canada. That led to the South failing to detect signs in advance of a North Korean rocket launch in April, the paper claimed.

But the ministry denied the report.

"The report is not true. Some components of the cited equipment, not key ones, were repaired, but the time frame was different from that mentioned in the report, and our intelligence-gathering operations have been carried out normally," the ministry's Vice Spokesperson Moon Hong-sik said in a regular briefing.

"We express regret over the reporting on such a sensitive issue that could affect national security without full fact checks," he added.

According to military sources, some parts of the equipment for signals intelligence (SIGINT) malfunctioned around late 2018 and were fixed at home. Other details are not known as they are classified information.

After an 18-month hiatus, North Korea resumed its major weapons tests in May last year and conducted 13 rounds of missile launches throughout the year mostly involving new types of short-range ballistic missiles. 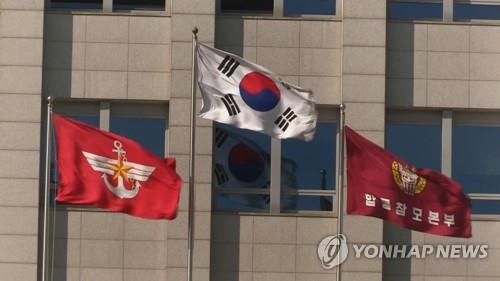