SEOUL, Feb. 17 (Yonhap) -- South Korea said Monday that its key industrial sectors suffered no disruptions over the past eight months after Japan imposed restrictions on exports to Seoul of three key industrial materials critical for chip and display industries.

"There was not a single disruption in the country's production (of affected goods) despite the abrupt export restrictions by Tokyo," Industry Minister Sung Yun-mo said during a policy report to President Moon Jae-in. 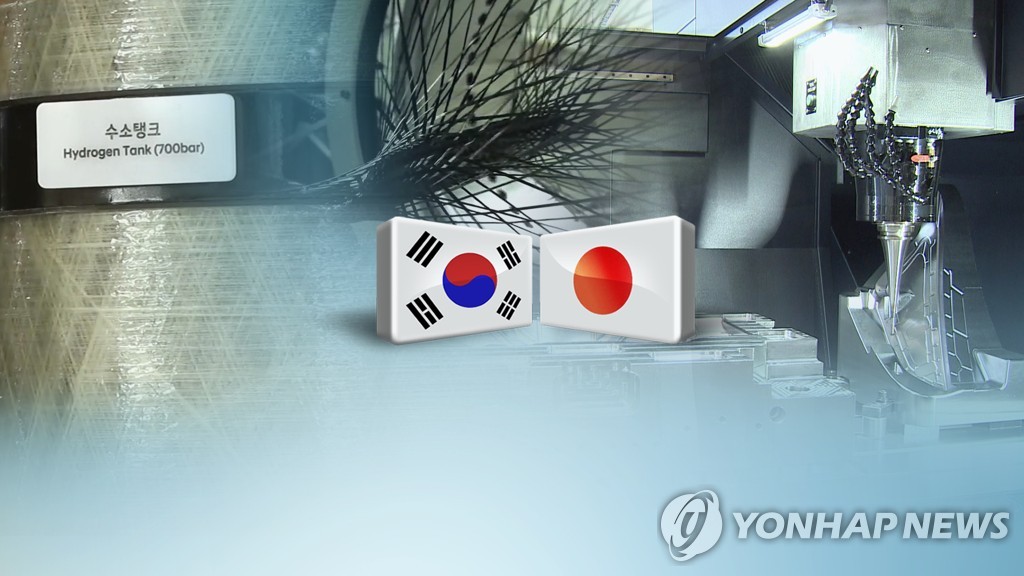 Sung said the supply of the three materials will fully be normalized this year in line with its efforts to diversify their suppliers and develop homegrown technologies.

South Korea plans to allocate 2.1 trillion won (US$1.77 billion) this year to lend support to the competitiveness of the domestic material, parts and equipment industries.

In 2019, South Korea's overall exports to Japan slipped 6.9 percent to US$28.4 billion. Imports from the neighbor, on the other hand, fell by a wider margin of 12.9 percent to $47.5 billion, making Tokyo the bigger victim in the monthslong trade spat.