After opening lower, the index reached an intraday high of 2,250.05 points in the morning session on news that China's central bank decided to cut the interest rate on its medium-term loans to stimulate its economy against the novel coronavirus outbreak. 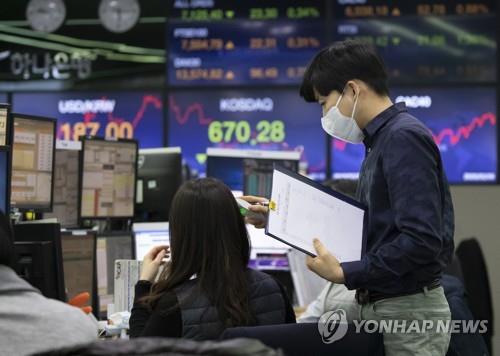 However, the index lost steam later and hovered around the flat line.

Large caps were mixed at the close.

The local currency closed at 1,183.9 won against the dollar, down 0.90 won from the previous session's close.