DUNEDIN, United States, Feb. 17 (Yonhap) -- Back in the summer of 2001, Travis Shaw was an 11-year-old boy, a future major leaguer running around the Los Angeles Dodgers clubhouse, while his father, Jeff Shaw, was closing out games en route to his second and last All-Star appearance of his 12-year career.

Whenever the young Travis was there, South Korean pitcher Park Chan-ho always took time to play with him. Park also made the 2001 All-Star Game in Seattle, and the two Shaws and Park shared some special moments, with no other Dodger present at the Midsummer Classic. 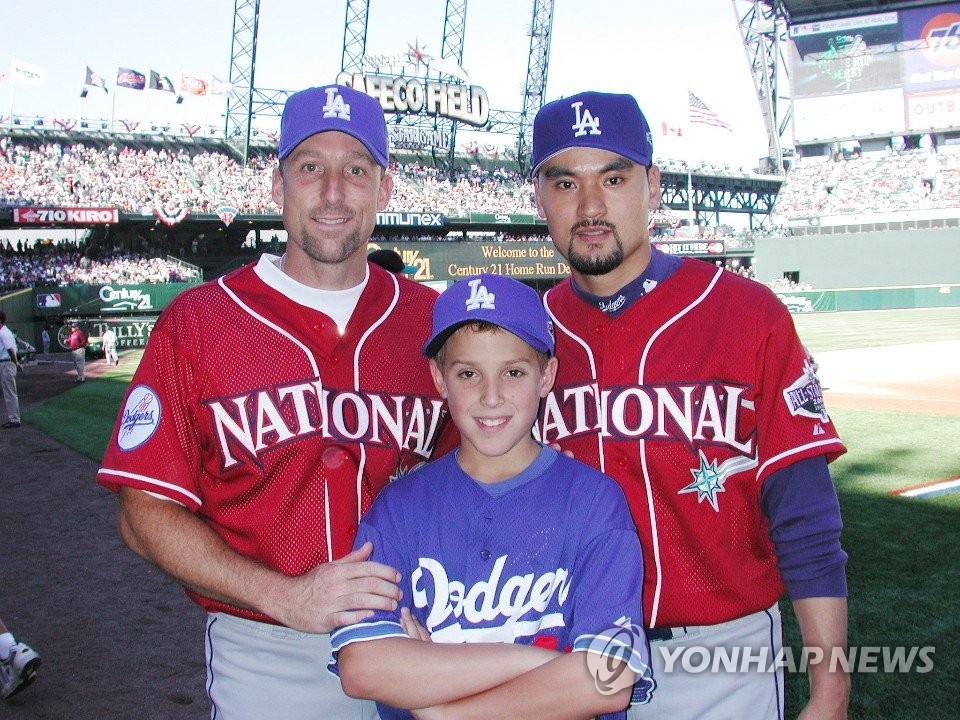 Turn the clock forward to 2020. Travis, 29, is a big leaguer himself, with nearly 600 games to his credit. He signed with the Toronto Blue Jays as a free agent in December, a few days after South Korean left-hander Ryu Hyun-jin joined the club on his own free agent contract.

Sharing the clubhouse with a Korean player -- with their lockers only meters apart -- brought back some memories for the junior Shaw on Sunday.

"(Park) used to mess around with me a lot. I remember he was one of the guys that was always nice to me," Shaw told Yonhap News Agency with a smile inside the clubhouse at TD Ballpark in Dunedin, Florida. "I have a couple of pictures with him on my phone. I remember Chan-ho pretty well."

Shaw shared one such photo from the All-Star Game. In it, Jeff Shaw and Park are decked out in their National League All-Star Team jerseys, and Travis, with his arms folded across the Dodgers logo in front of his purple uniform, is standing in front of the two big leaguers.

The son grew to become a major leaguer and made his debut as a member of the Boston Red Sox against the Blue Jays in May 2015. Shaw was traded to the Milwaukee Brewers in December 2016, and he blossomed into a dangerous slugger there, belting out 31 homers in 2017 and 32 more in 2018.

A swing change that went awry led to the worst season of his career in 2019, as Shaw batted only .157 with seven home runs in 86 games. He was allowed to walk as a free agent, and the Blue Jays, in need of a left-handed bat and some defensive stability in infield, got both in Shaw. 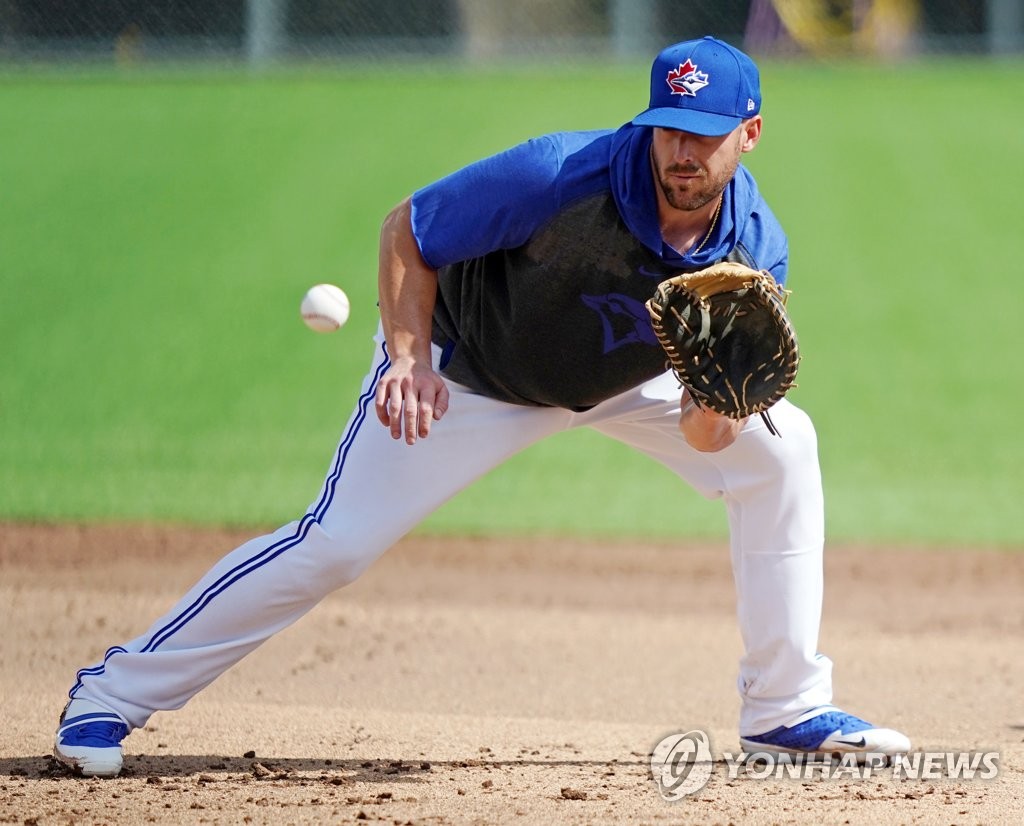 The Blue Jays are counting on Shaw to bounce back. And Shaw said he's gone back to the swing that made him a 30-homer man, and he feels "pretty good" with his stroke.

"A change of scenery is sometimes needed. For me, it's a fresh start," he said. "Last year, it is well-documented, the struggles I had. I am ready to put that behind me. Having a new start makes it a little bit easier to do that. I am excited to reenergize myself."

Shaw can handle first base, second base and third base. Manager Charlie Montoyo said Shaw's primary position will be first base, and he can also spell Vladimir Guerrero Jr. at third base.

Shaw and Guerrero Jr., whose father, Vladimir Guerrero, is in the Hall of Fame, are joined in the infield by two other sons of former major leaguers: Cavan Biggio, son of Hall of Famer Craig, at second base, and Bo Bichette, son of All-Star outfielder Dante, at shortstop.

"It's pretty unique. I am assuming this has never happened before, the whole infield of second-generation guys," Shaw said. "Not only that, all the dads had extreme success in the big leagues. It's pretty cool. That molded me into who I am today, and I am sure they can say the same thing about their experiences."

As the oldest player of the bunch and the only one with postseason experience, Shaw is expected to show his teammates the ropes. 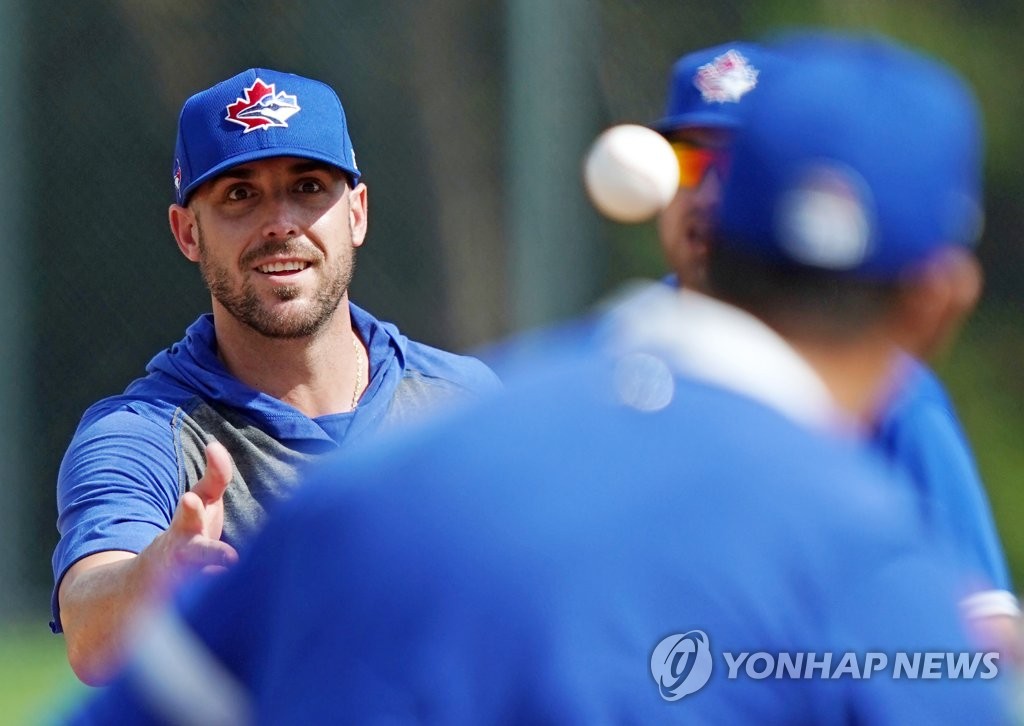 But Shaw said learning will go both ways.

"Those guys are really talented. They're super young and to get to the big leagues that young is impressive," he said. "Vlady is still 20 years old, and I was still in college at 20. That says a lot about those guys and how talented they are. I have no doubt in my mind those guys will continue to progress and get better. I am hoping to learn as much from them as the other way around."

Shaw must also get things done at the plate and having Ryu as a teammate, as opposed to facing him as an opponent, should help in that regard.

"Ryu is a great pitcher. I thought he was one of the toughest guys on the Dodgers roster," said Shaw, who has gone 0-for-4 with two strikeouts against Ryu. "He knows what he's doing. He has pinpoint control. I am excited that I don't have to worry about facing him anymore." 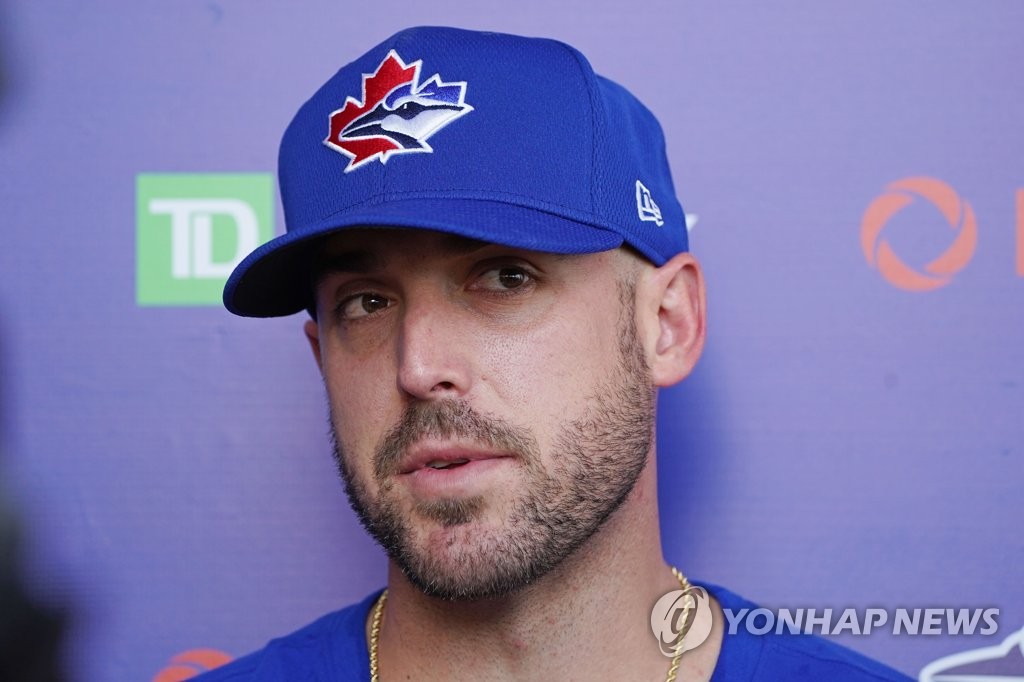