DUNEDIN, United States, Feb. 17 (Yonhap) -- When the Toronto Blue Jays were pursuing free agent left-hander Ryu Hyun-jin during the offseason, they were doing so from multiple perspectives.

In baseball terms, for one, they wanted to address their need in starting pitching, and they felt Ryu, the reigning major league leader in ERA and runner-up in the National League Cy Young Award voting, could provide an answer. In less tangible ways, the Blue Jays were also looking at how Ryu's presence could galvanize Toronto's substantial Korean community. 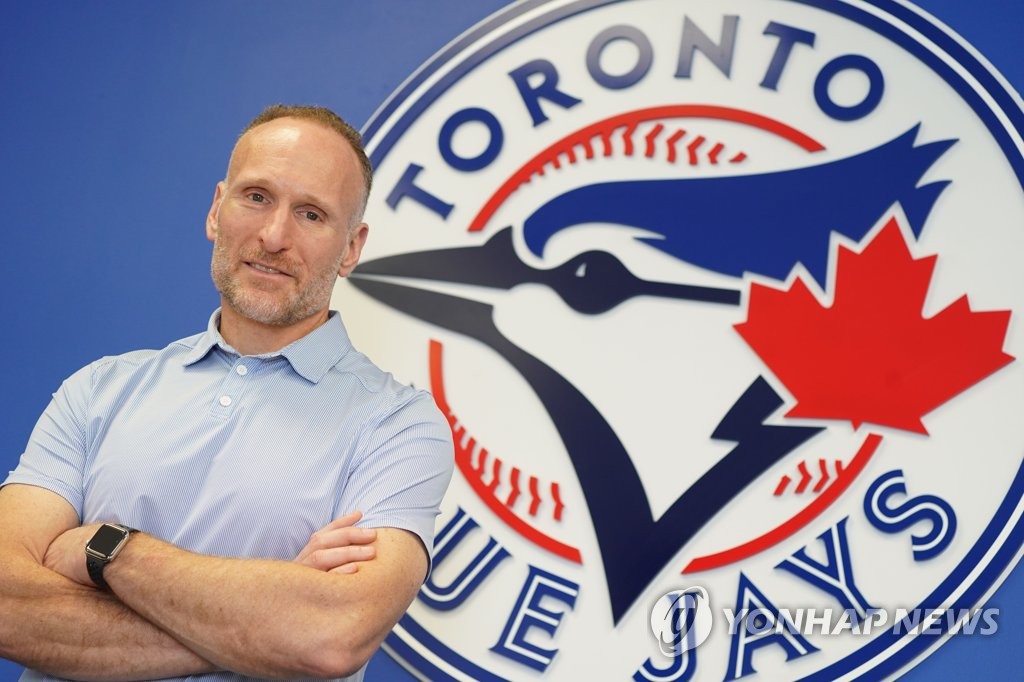 And the pitcher's arrival in the city, on a four-year, US$80 million contract, will allow the Blue Jays to reach out to a new fan base and expand their brand, club CEO and president Mark Shapiro said Monday.

"This could be a meaningful opportunity for us to tap into a group of fans that we haven't previously had following the Blue Jays," Shapiro told Yonhap News Agency on Monday in an interview at TD Ballpark, home of the Jays' spring training in Dunedin, Florida.

"We're excited about that. We're going to embrace that," he added. "We're going to seek to learn and understand those fans, and listen to those fans. We'll create opportunities for them to make Blue Jays experiences and Blue Jays games special events for the Korean community in Toronto."

According to the 2016 census, Toronto is home to some 73,000 people of South Korean descent. Shapiro said it is one of the strongest Korean communities in North America, and there are several other ethnicities well represented in a diverse city that is Toronto.

"First and foremost, Toronto is an international city. It's not just Korea that's represented. It's a city that is built upon accepting and embracing all nationalities," Shapiro said. "And you can't walk around the city without feeling a sense of understanding that it's a truly world class international city. Any international player adds to that dynamic that's already a point of identity for the city of Toronto and really, the whole country of Canada."

The Blue Jays, coming off a 67-95 season in which they went through 21 starters, obviously didn't sign Ryu just to sell tickets to Korean fans. He went 14-5 with a 2.32 ERA in 29 starts for the Los Angeles Dodgers last season. Ryu would have ranked first on the Blue Jays in wins and ERA, and tied for first in starts with Trent Thornton. 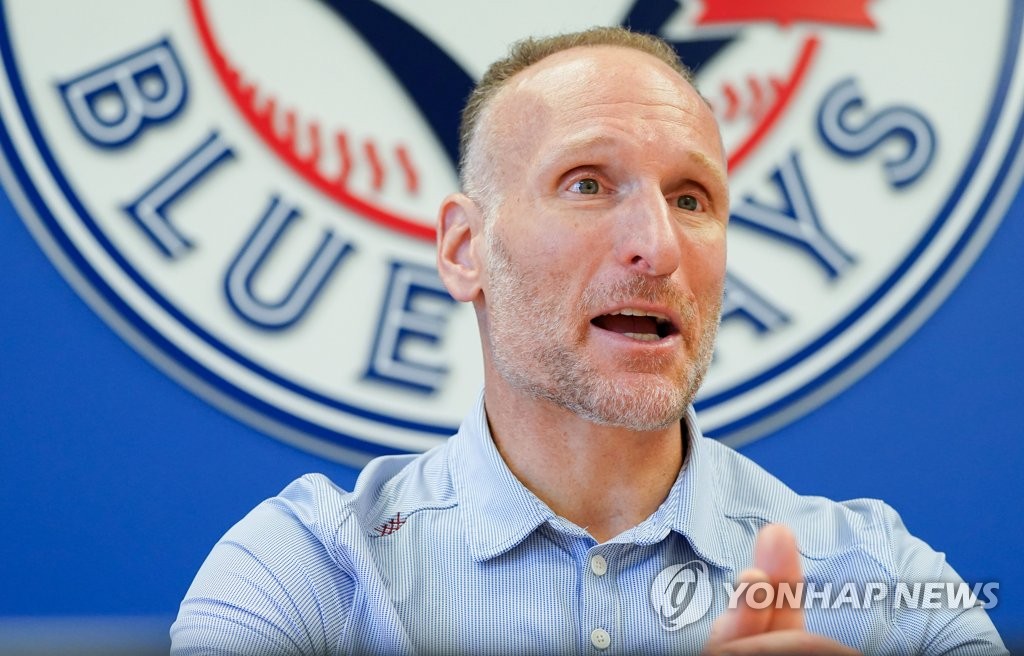 "He's competed and succeeded in environments that we want our team to get to. I think that level of experience and his ability to both thrive in those circumstances as well as not be overwhelmed by them is positive, should we continue to progress to those moments," he said. "We feel like, when he's healthy, he's going to be a very good starting pitcher. I guess our goal would be to work with him to keep him healthy because I feel like there's not a lot of question how good he can be when he's healthy."

Ryu has dealt with a litany of injuries over the first seven years of his major league career. He missed the entire 2015 season due to a shoulder injury and made just one start in 2016 before shutting it down because of elbow problems. He has also been sidelined with injuries to his groin, hip and neck.

Ryu had managed just 82 1/3 innings in 2018. The sudden uptick in the workload for a pitcher with a history of injuries could raise a red flag for some, but Shapiro said he wasn't worried about the situation.

"We're more concerned about the fact that there were injuries that didn't let him get a bigger workload earlier," he said. "As we build trust with him, and we understand and learn more about him, I think one of the primary goals behind the scenes will be working with him to keep him healthy. The rest, he can take care of himself."

Asked what the Blue Jays liked the most about Ryu as they tried to sign him, Shapiro said it was Ryu's "multifaceted" ways to attack hitters.

"(His approach) isn't dependent just on a good fastball or an out-pitch breaking ball. He's an athletic, creative pitcher with multiple weapons and has the ability to attack different types of hitters," he said. "It makes him effective against all kinds of lineups. He can change speeds, locate, use a full arsenal. His competitiveness, his athleticism and his creativity were things we liked." 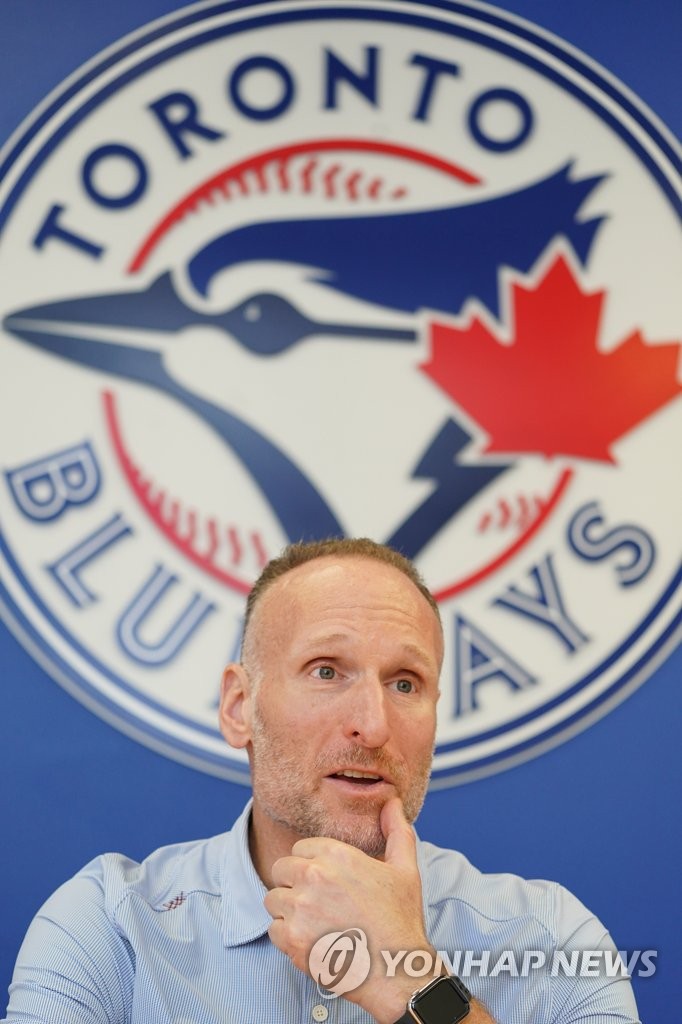 In addition to Ryu's on-field skills, the Blue Jays did a lot of digging on Ryu the person, and they came away impressed.

"He's a good teammate, which is very important to us," Shapiro said. "And we felt like he'd be a cultural fit for our organization as well."

The Blue Jays began the offseason with what they called "financial flexibility," hoping to leverage it to add assets to complement their talented young core. In the early going, they went after other free agent pitchers like Zack Wheeler, Rick Porcello and Jake Odorizzi, only to see them sign elsewhere.

As the clock ticked toward the end of 2019, the pressure was mounting on the front office to get something, anything, done. But Shapiro said such pressure is part of the job, and he didn't let it affect his decision-making process.

"I think we were cognizant and aware that the market was going above where we expected it to go," he said. "So we factored that into our decision-making. I think we feel like, where our roster is and the age and the time frame, we didn't have to feel the sense of needing to do something. We could wait and explore multiple junctures. If it didn't happen through a top line free agent, we could look at trades or multiple midlevel free agents. It was just a matter of trying to do the best we could to impact the roster as positively as we could."

The rebuilding Blue Jays overcame a dismal May (7-21) and nearly played .500 baseball over the final two months of the season (24-28). Shapiro said he expects the club to win more games this year than the last, though projecting an exact number is difficult. 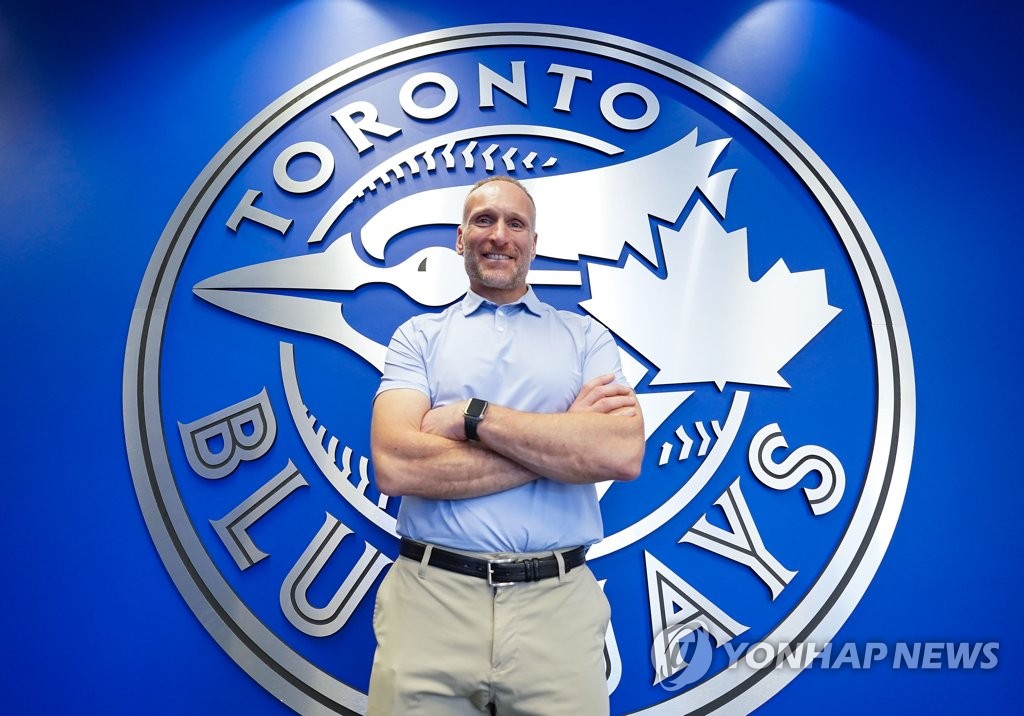 "Certainly, we have our range of expected wins objectively. But I don't want to limit us to those expected number of wins," he said. "Development is not linear. It's not a smooth line. So there will be some ups and downs with young players. That's just the nature of young players. But adding some veteran starting pitching will certainly help stabilize things as well as allow us to develop the rest of our young pitchers more naturally and not rush them to the big leagues."

Ryu is part of that newly added veteran starting pitching. Several Blue Jays players have spoken throughout spring training about how excited they were with Ryu's signing and how they felt the acquisition was a sign of confidence that the front office had in the young team.

Shapiro said he wasn't necessarily trying to send any message. Instead, it was the other way around, with the players nudging the front office to go after big-ticket free agents.

"I look at the progress (the players) made, and their belief in each other and their belief in our team emboldened us and empowered us to sign a contract that may not be that comfortable," Shapiro said. "When you look at the starting pitching free agent market, it's a tough market. You don't go to those dollars lightly. But knowing that our internal starting pitching prospects lagged behind our position players, we needed to bring in some starters. Ryu is certainly the premier one at the top of the rotation."