NAMWON, South Korea, Feb. 18 (Yonhap) -- The number of fatalities in a multiple-vehicle collision on an expressway that occurred in the country's southwestern region has increased by two, bringing the total number of deaths to five, rescue officials said Tuesday.

Rescue officials said they found one victim at around 1:10 a.m. in one of the cars near a tank truck that was carrying nitric acid in a tunnel on a highway connecting Suncheon and Wanju in North Jeolla Province.

They found another victim under a collapsed vehicle while carrying out a further search at 2:16 p.m. The identity of the victim has not yet been confirmed.

In addition to the five who died from the fatal pileup, 43 were known to be injured as of 3 p.m. 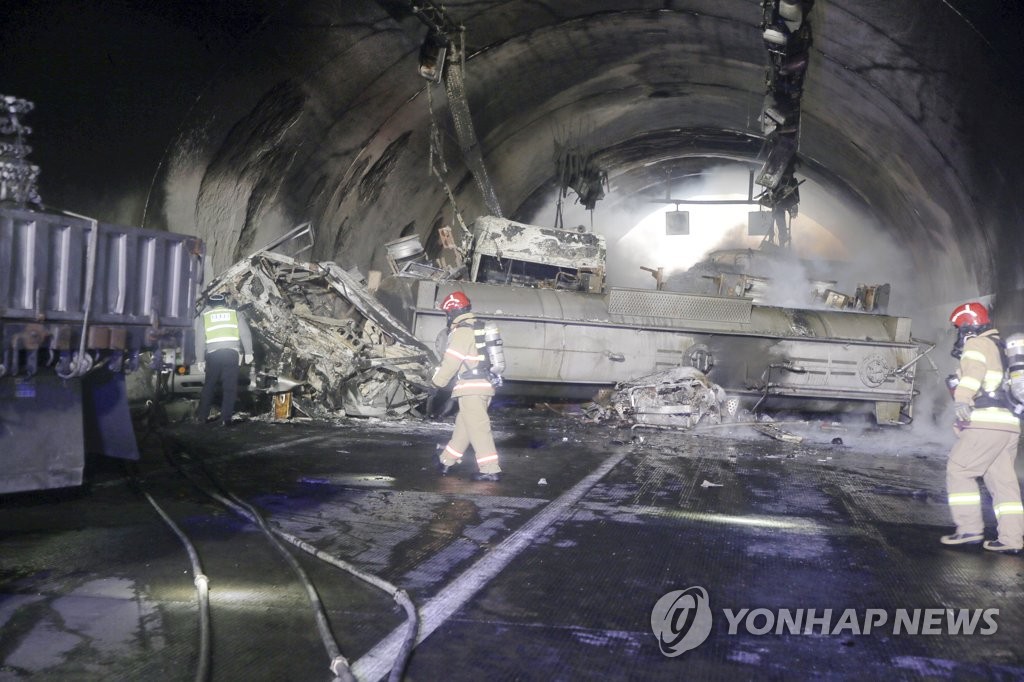