SEOUL, Feb. 18 (Yonhap) -- South Korea's imports of key consumer goods from Japan fell for the seventh consecutive month in January as a boycott of Japanese goods has dragged out amid their monthslong feud over their shared wartime history, data showed Tuesday.

Imports of consumer goods from Japan dipped 35.9 percent from a year earlier in January to US$193.6 million, according to the data compiled by the Korea Customs Service and released by Rep. Kim Chung-woo of the ruling Democratic Party.

A growing number of South Koreans have been avoiding Japanese products since Tokyo tightened controls on exports of three high-tech materials to Seoul on July 4.

The export curbs were seen as an apparent retaliation against Korean court rulings over Japan's wartime forced labor. 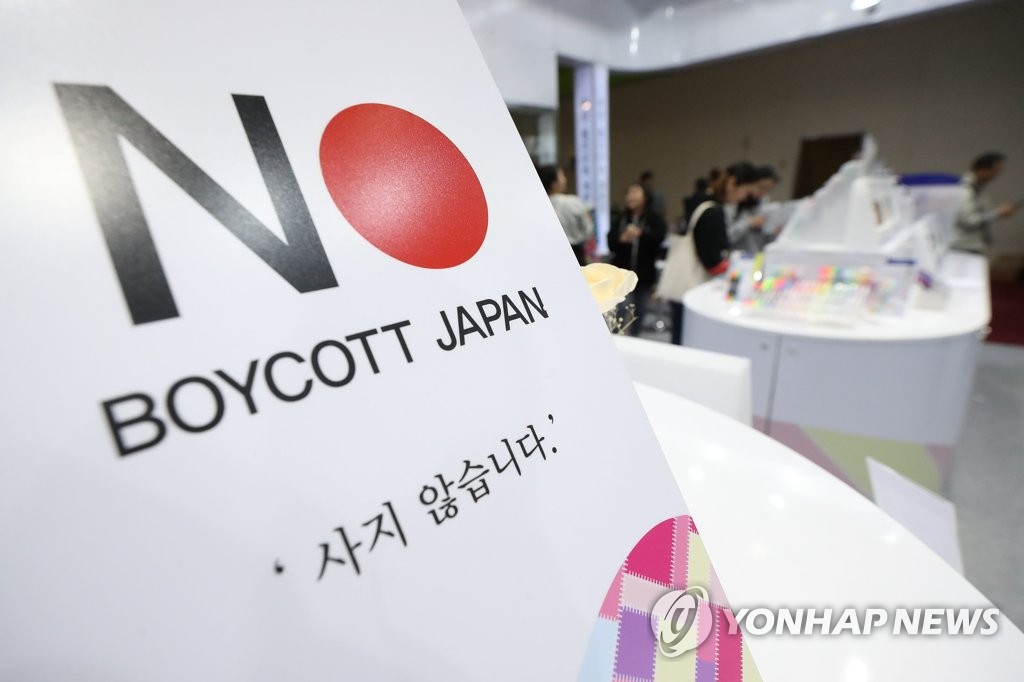 In June last year, a month before Japan announced the export curbs against Seoul, the figure increased 18 percent on-year to $348 million, indicating the boycott movement was the main factor behind the decrease.

By products, imports of beer nosedived a whopping 98.2 percent on-year to $126,000 in January. From a month earlier, the figure dropped 45 percent.

Japanese beer products have been some of the primary targets of South Korea's so-called boycott Japan movement, with a rising number of consumers opting for Chinese or Belgian beer instead.

Other major losers were cigarettes, toys and processed food, which decreased 72.9 percent, 57.4 percent and 54.7 percent, respectively.

In 2019, South Korea's overall exports to Japan slipped 6.9 percent to US$28.4 billion. Imports from the neighbor, on the other hand, fell by a wider margin of 12.9 percent to $47.5 billion, making Tokyo the bigger victim in the trade spat.

Imports of Japanese consumer goods down for 7th month amid boycott

Imports of Japanese consumer goods down for 7th month amid boycott