SEOUL, Feb. 18 (Yonhap) -- LG Electronics Inc. on Tuesday unveiled new budget smartphones, each with a quad rear camera setup, in the hope that the latest handsets will help its struggling mobile business.

LG introduced three new K series models -- K61, K51S and K41S -- that will be launched in Europe, Central and South America in the second quarter.

The company did not disclose the prices of the new handsets, but industry observers expect them to be sold for around US$300. 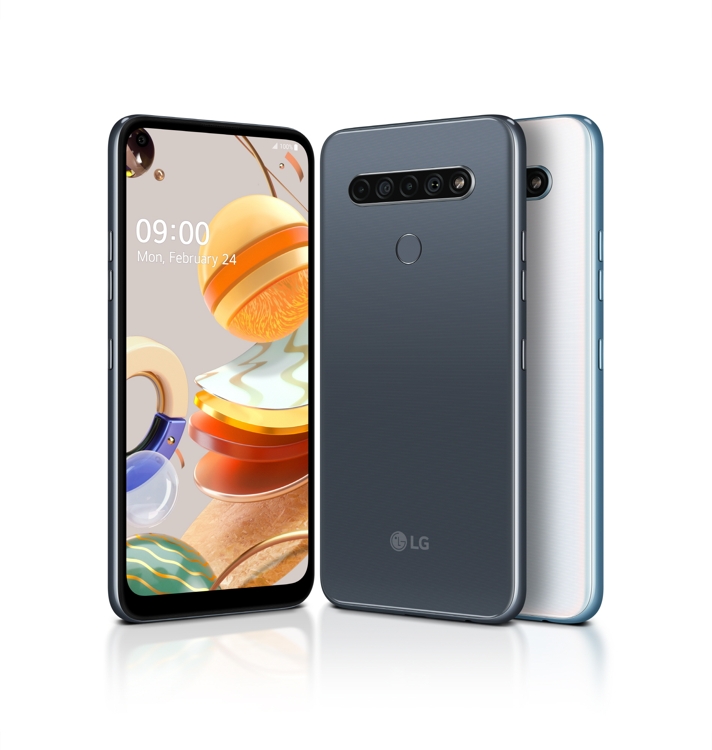 All three models have a 6.5-inch screen, with the K61 and the K51S featuring a punch-hole display design. The new K series will be powered by a 4,000mAh battery.

LG hopes that new K series models can boost its sales. Last year, the company's mobile business posted sales of 5.9 trillion won (US$4.9 billion), down from 7.9 trillion won in 2018, while operating losses widened from 789 billion won to 1.01 trillion won over the cited period.