SEOUL, Feb. 18 (Yonhap) -- Chief of Naval Operations Adm. Sim Seung-seob has visited a South Korean destroyer deployed to the Middle East for anti-piracy and other missions, commending members of the unit over their rescue of an Iranian vessel earlier this month.

The 300-strong Cheonghae Unit, which has been on an anti-piracy mission in the Gulf of Aden off Somalia since 2009, has recently expanded its mission areas to include the Strait of Hormuz following a U.S. request for help in its efforts to protect the key waterway.

During his visit to the unit's 4,400-ton destroyer Wang Geon anchored at the port of Muscat, Oman, on Monday, Sim praised the unit for rescuing a stranded Iranian vessel earlier this month and called for the highest level of readiness posture, the Navy said.

"I hope you keep the utmost readiness posture to make sure you can carry out various operations flawlessly just like you remarkably completed the rescue operation," he said.

Sim kicked off his six-day trip to Oman and Thailand on Sunday. The visit is aimed at boosting maritime security cooperation with the two countries and supporting South Korea's broader pitch to expand exchanges with Southeast Asia, according to the Navy. 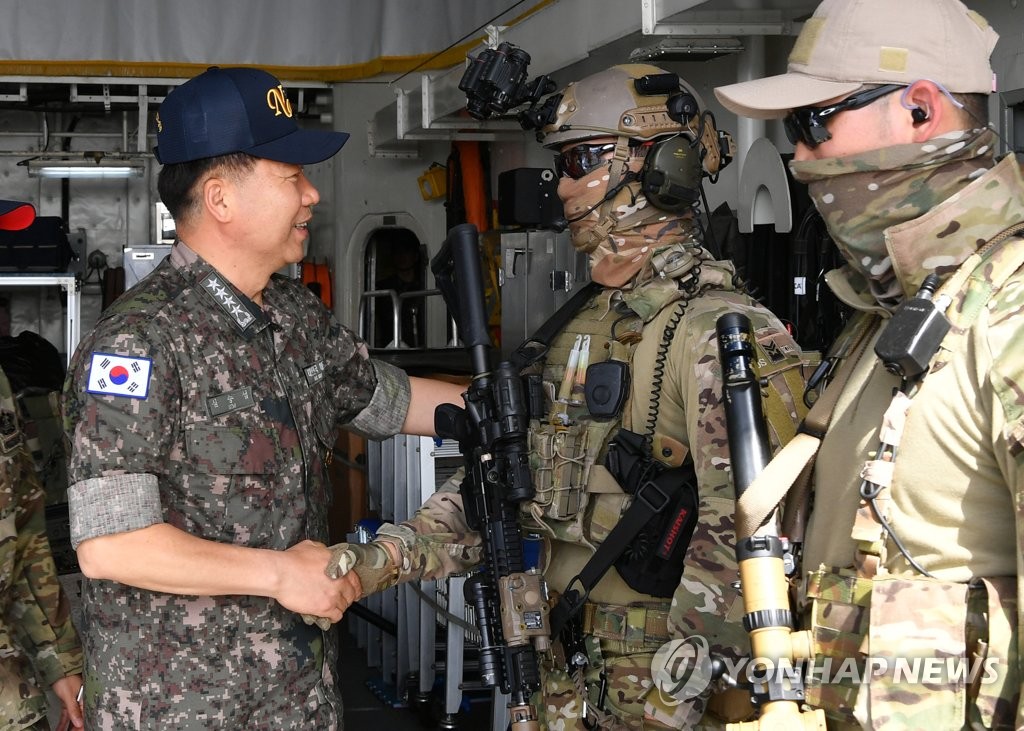