SEOUL, Feb. 18 (Yonhap) -- A South Korean presidential aircraft will fly to Japan later Tuesday to evacuate four nationals and a Japanese spouse from a quarantined cruise ship docked near Tokyo, officials said, after a rapid increase in onboard infections of the new coronavirus.

The Air Force plane will take off at Seoul Air Base in Seongnam, south of Seoul, at around noon and land in Japan's Haneda Airport, Vice Health Minister Kim Gang-lip told a briefing. The plane plans to return to Gimpo International Airport on Wednesday morning. 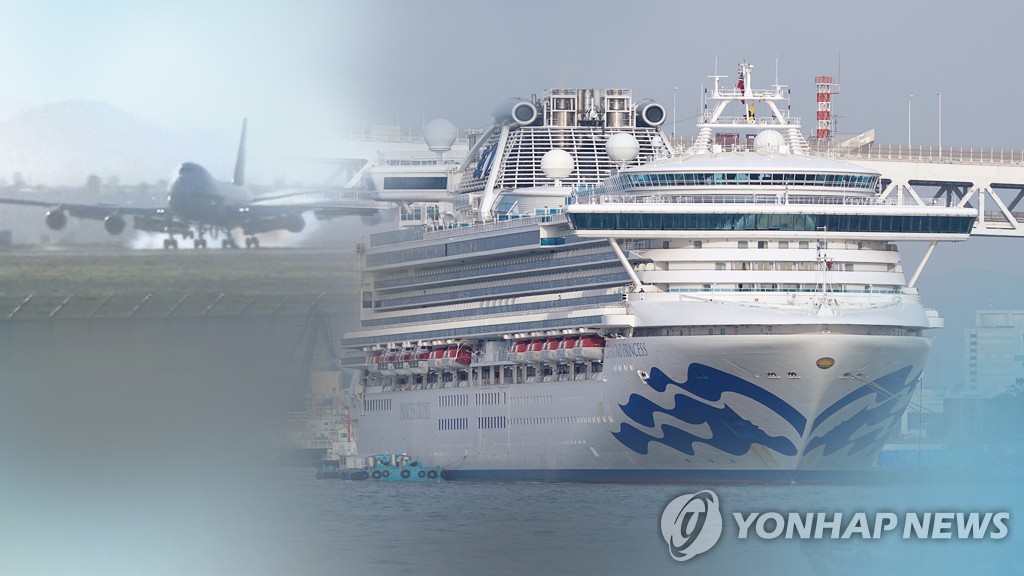