SEOUL, Feb. 18 (Yonhap) -- A South Korean presidential plane arrived in Japan on Tuesday to evacuate six nationals and a Japanese spouse from a quarantined cruise ship docked near Tokyo, after an increase in onboard infections of the new coronavirus.

The VCN-235 of the Air Force arrived at Japan's Haneda Airport hours after it departed from Seoul Air Base in Seongnam, south of the capital. The plane plans to return to Gimpo International Airport in western Seoul on Wednesday morning.

Among the Koreans to board the plane bound for Seoul are four crew members, a source said. Seoul initially planned to bring home five people, but two more crew members are known to have applied to take the flight. 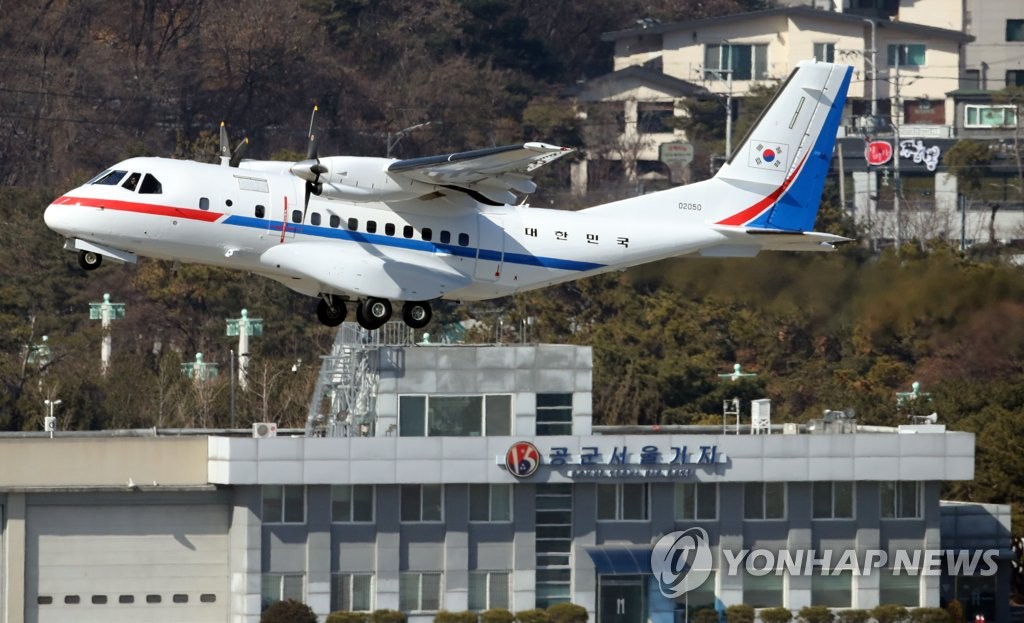