SEOUL, Feb. 18 (Yonhap) -- The floor leader of the ruling Democratic Party (DP) called for bipartisan efforts on Tuesday to pass a set of quarantine-related bills to help contain the spread of the new coronavirus.

DP whip Lee In-young also urged the government to seek cooperation with North Korea over the outbreak of the COVID-19 virus, citing the need to spur inter-Korean exchanges.

"There is a pileup of bills linked to people's lives that are pending at the 20th National Assembly. In particular, it is urgent to pass four bills on quarantine and contagious disease," Lee said during a parliamentary speech at an extra parliamentary session.

The appeal follows South Korea's reporting of 31 cases of the novel coronavirus amid rising concerns that the virus could spread further through tertiary infections.

The DP set its priority on passing 244 bills linked to people's lives during the current extra session.

It is paying special attention to a set of three quarantine-related bills -- proposals to revise the quarantine act, the infectious disease control and prevention act and the medical service act -- and a bill to set up public medical colleges.

A revision to the quarantine act, submitted by Rep. Ki Dong-min of the DP in October 2019, calls for permitting the government to flexibly designate areas needed for quarantine based on the risk posed by an infectious disease.

"It appears that the outbreak is in a somewhat manageable situation. The biggest threat to the Korean economy is downside pressure caused by the coronavirus," he said.

"The two Koreas need to revive humanitarian and civilian exchanges. (The government should) start inter-Korean cooperation over the coronavirus outbreak," he stressed.

North Korea has repeatedly said there has been no confirmed outbreak of the coronavirus on its soil. But the country's weak medical infrastructure and a lack of key supplies raise concerns about its capability to handle such an infectious disease. 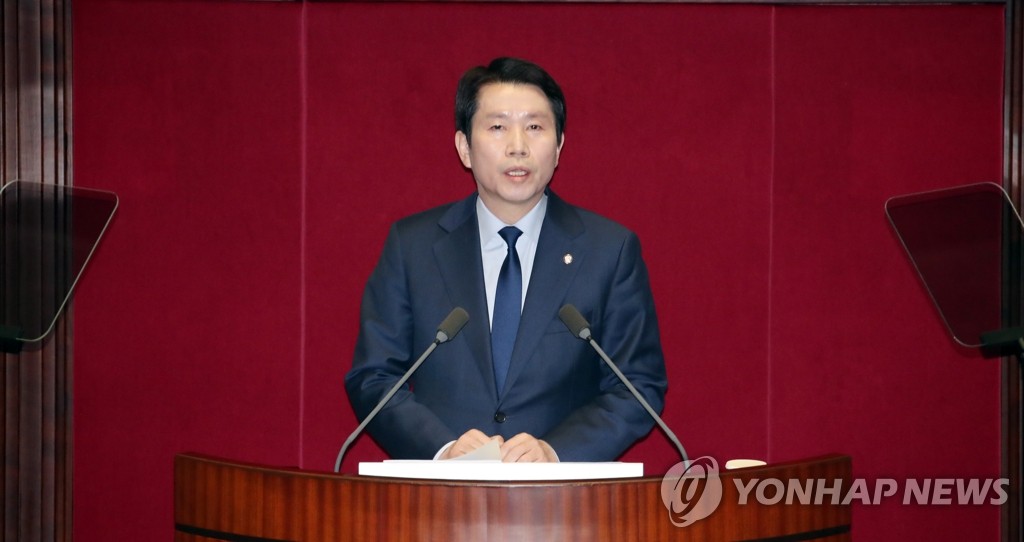