SEOUL, Feb. 18 (Yonhap) -- The defense chiefs of South Korea and the United States will hold talks in Washington next week to discuss the security situation on the Korean Peninsula and other pending issues, Seoul's defense ministry said Tuesday.

Defense Minister Jeong Kyeong-doo will leave Seoul on a six-day trip to the U.S. on Sunday for his first visit there since U.S. Secretary of Defense Mark Esper took office in July last year.

During the talks on Monday, the two sides will discuss issues ranging from the allies' joint military exercises to the ongoing cost-sharing negotiations to determine how much Seoul should pay for the upkeep of some 28,500 American troops stationed here.

"All important defense issues will be discussed at the meeting, and the defense cost-sharing issue will be obviously one of them," a ministry official told reporters.

The two countries have held a series of talks over the issue but have yet to reach a deal amid Washington's demand for a sharp increase in Seoul's share.

The regular springtime joint exercises are also expected to be a key agenda item at the talks. The defense ministry has said the allies will carry out the joint drills in an adjusted manner to support the diplomatic efforts to denuclearize North Korea.

During his stay in the U.S., Jeong will meet with veterans of the 1950-53 Korean War and visit the Korean War Veterans Memorial in Washington to mark the 70th anniversary of the outbreak of the conflict.

Jeong will also meet with U.S. Congress officials and travel to California to visit a marine division that took part in the Korean War, according to the ministry.

"His trip will be an opportunity to show the iron-clad alliance between South Korea and the U.S. and their firm joint defense posture," the official said.

Jeong and Esper will hold a joint press conference after their meeting. 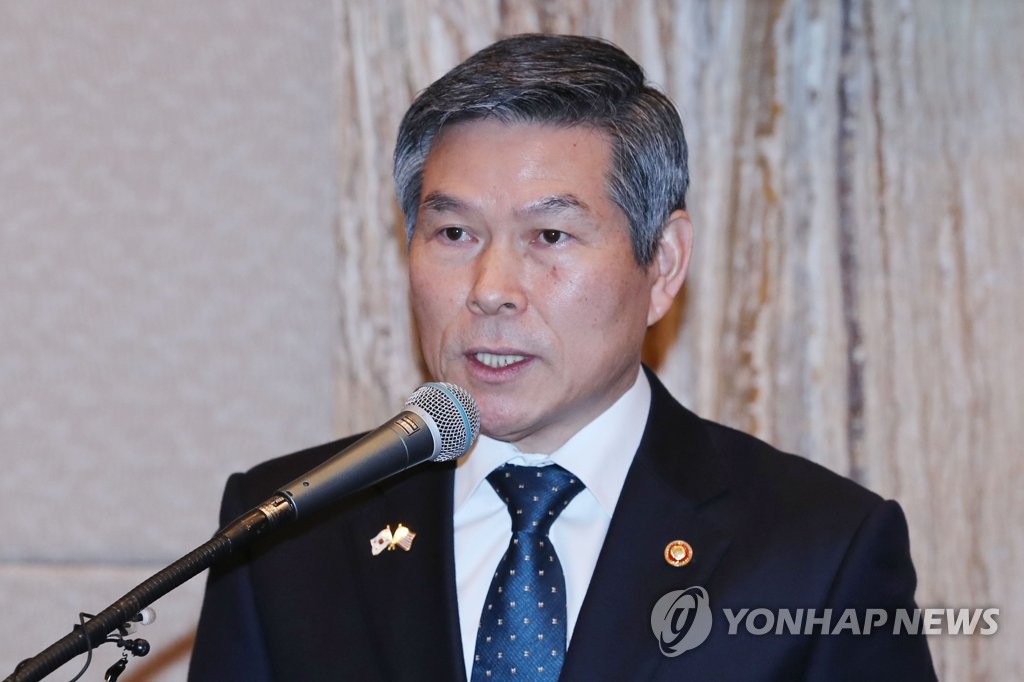 Defense chiefs of S. Korea, U.S. to hold talks in Washington next week

Defense chiefs of S. Korea, U.S. to hold talks in Washington next week