SEOUL, Feb. 18 (Yonhap) -- The government on Tuesday launched a salary comparison website for domestic corporate workers as part of efforts to ease wage disparities in the private sector, the Ministry of Employment and Labor said.

The new website is expected to help corporate employees find information on salaries earned by workers doing similar jobs in the same fields, the ministry said. 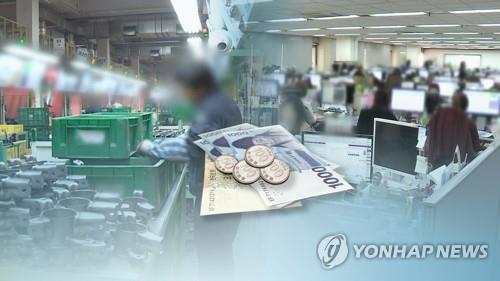 According to an example on the website, business administrators in the manufacturing sector who have a bachelor's degree or higher and a career spanning five to 10 years, receive an annual average salary of 54.85 million won (US$46,170). Their median salary is 48.46 million won, with the top 25 percent and bottom 25 percent earning an average of 64.2 million won and 37.25 million won, respectively.

The labor ministry said it had analyzed corporate wage data from 2016 to 2018 to create its new wage information system, adding that overtime pay was excluded from the data. The information will be updated annually, it added.

It speculated that the disclosure of transparent salary information will lead to a spontaneous reduction in wage gaps, as underpaid laborers are expected to step up calls for raises.

But some critics are concerned that the disclosure of wage information by the government may have many adverse effects, including a worsening of labor-management conflict over wages.