SEOUL, Feb. 18 (Yonhap) -- The former Korea Coast Guard chief and other senior officials were indicted Tuesday for their alleged mishandling of one of the country's worst maritime disasters, in which more than 300 people died.

A special investigation team at the prosecution indicted 11 officials, including Kim Suk-kyoon, who led the Coast Guard when the 6,800-ton Sewol ferry sank in waters off the country's southwestern coast on April 16, 2014.

Kim and the others are charged with failing to properly carry out rescue operations during the ferry accident, leading to the deaths of 303 passengers and injuries of 142 others.

Prosecutors also charged some of the officials with forging official documents to cover up their failings.

The investigative team is still looking into allegations of their belated mobilization of helicopters, which some say led to the death of a teenaged victim who could have survived if he had been immediately transported to a hospital.

Prosecutors have been looking into the 2014 case after a special investigative team was established in November to determine the exact cause of the fatal disaster and probe any mishandling of the rescue operations by the former conservative administration.

More than five years have passed since the tragedy, but many people still believe the truth behind it and the government's search-and-rescue operations and other responses have yet to come to light. 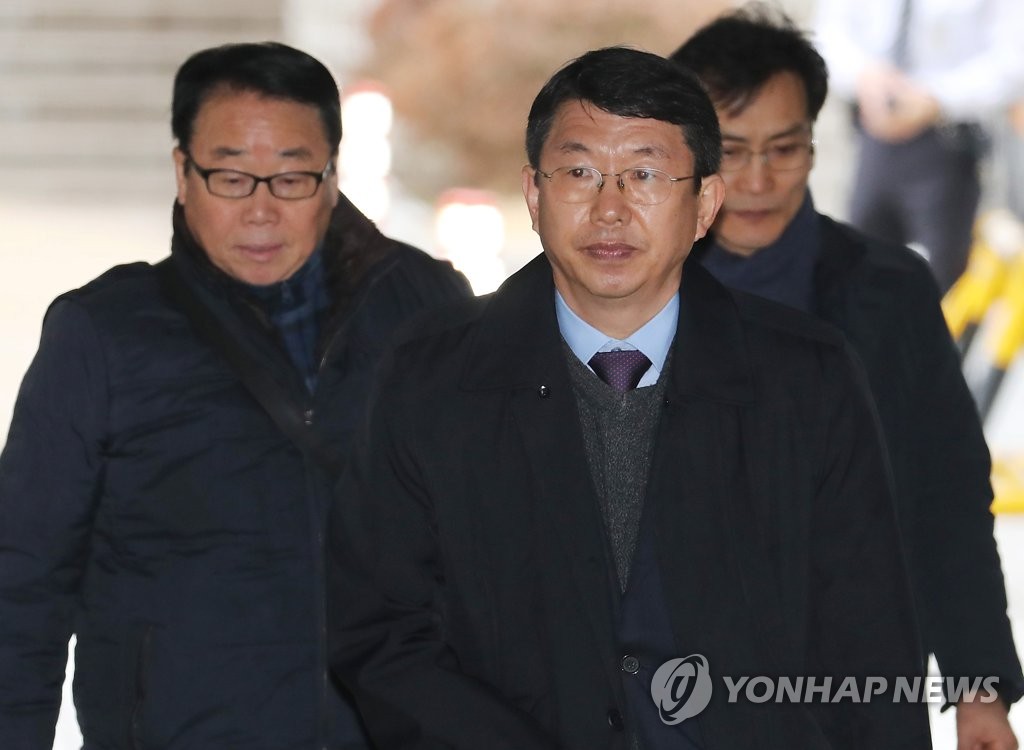