SEOUL, Feb. 18 (Yonhap) -- South Korea's exports of agricultural goods to China have faced a slight tumble due to the spread of the novel coronavirus, the country's agricultural minister said Tuesday.

"COVID-19 has been having an adverse impact on South Korea's agricultural segment, as it has hurt consumer sentiment and delayed customs and shipping procedures in China," Agricultural Minister Kim Hyeon-soo said during his policy report at the National Assembly.

"We plan to closely monitor the fallout on the industry and spare no efforts to minimize damage," Kim added.

The remark came as this year's accumulated exports of fresh foodstuffs to China decreased 26 percent on-year to US$16.8 million as of the second week of this month, according to the Ministry of Agriculture, Food and Rural Affairs. 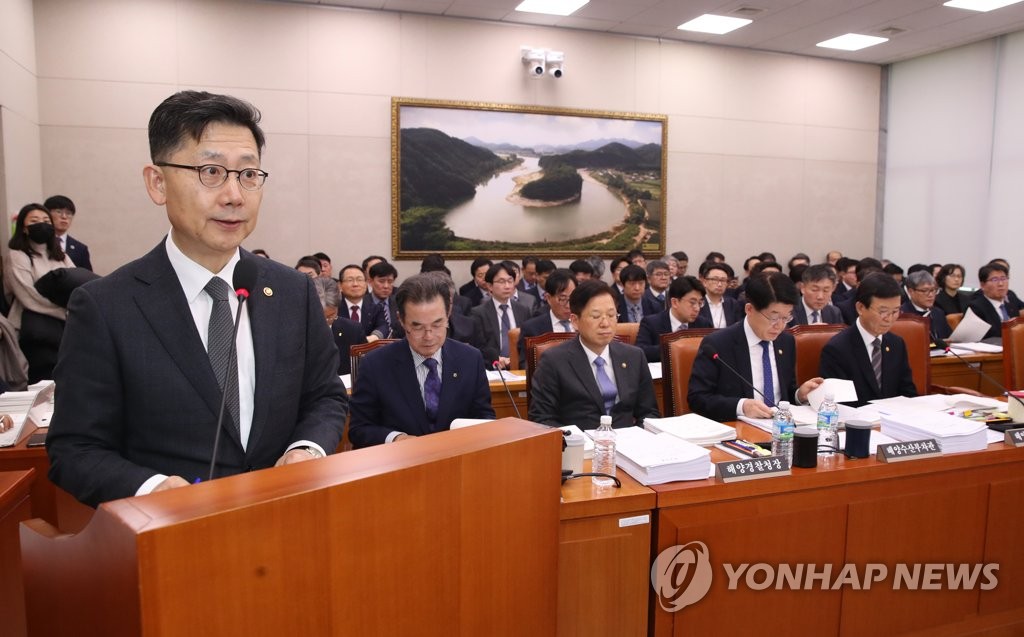 Outbound shipments of processed food to China fell 4 percent over the cited period to $61.8 million, it added.

The COVID-19 virus outbreak has been weighing on South Korean businesses shipping goods to the world's No. 2 economy, as the epidemic increasingly becomes a drag on China's economic growth and its consumer sentiment.

The virus has so far claimed around 1,800 lives in China alone.

"In order to ease the burden of exporters depending on China, we plan to provide them with financial support and lend hands to their marketing activities in China," Kim added.

Kim also vowed to roll out supportive measures for key victims of the epidemic, including local flower farmers who have been facing falling demand.

Sales of flowers in South Korea have fallen sharply over the past few weeks as local schools canceled graduation or entrance ceremonies amid rising fears over the spread of the COVID-19 virus. The February-March period is traditionally regarded as the peak season.

South Korea will also make efforts to revitalize local consumer sentiment, as a growing number of people are avoiding dining out amid fears over the virus, leading to challenges for local businesses.

Earlier this week, South Korea said it will offer a 0.5 percentage-point cut in its rate for special loans provided to local restaurants, which is currently set at 3 percent.

Exports of agricultural goods to China hurt by coronavirus: minister

Exports of agricultural goods to China hurt by coronavirus: minister