Around 200 North Korean defectors came together at the meeting in Seoul to announce the launch of the party tentatively named the Inter-Korean Unification Party, less than two months before the April 15 parliamentary elections.

"I am here today to support the big challenge of fellow North Koreans and to congratulate the launch of the new party of North Korean defectors," Thae Yong-ho, a former No. 2 diplomat at North Korea's Embassy in London, said in his congratulatory speech at the meeting.

"When we launch the party, more defectors will join and more fellow North Koreans will leave North Korea to come to the South," he said.

Thae, who defected to South Korea in 2016, joined the main opposition Liberty Korean Party earlier this month and announced his bid to run in the April elections, vowing to work for inter-Korean unification if elected.

At Tuesday's meeting, organizers said they need a political party that represents the rights of North Koreans and defectors. The new party will also work toward improving human rights situations in the North.

"We will create a party that can encompass both the commonalities and differences of all 80 million people of the South and the North," the organizers said in a statement. "We will also address the worst human rights violations and the miserable realities of North Korean people living unaware of freedom and human rights." 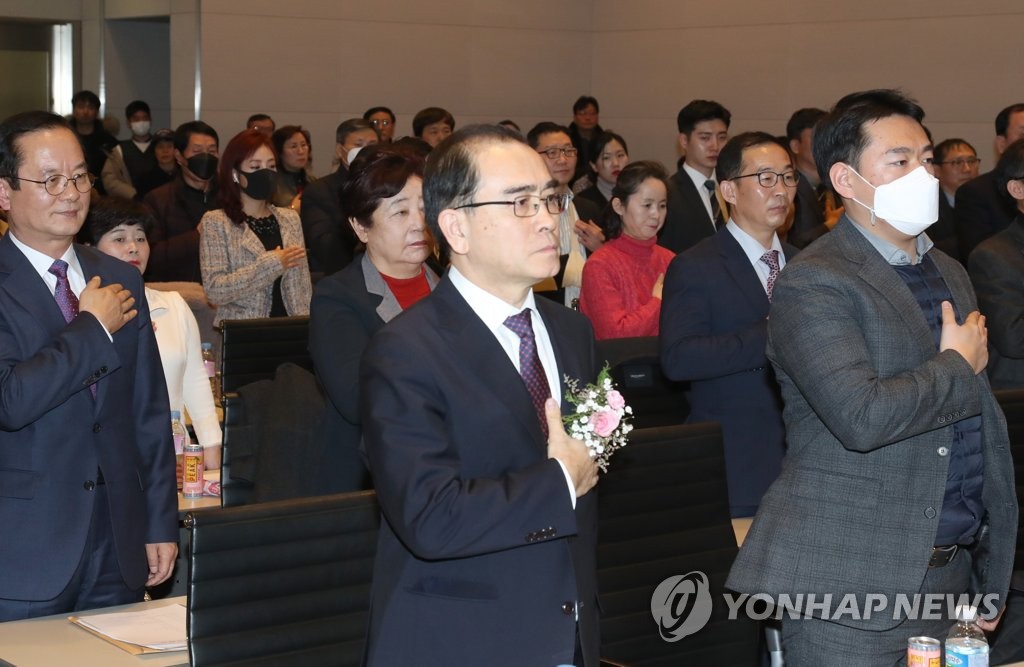